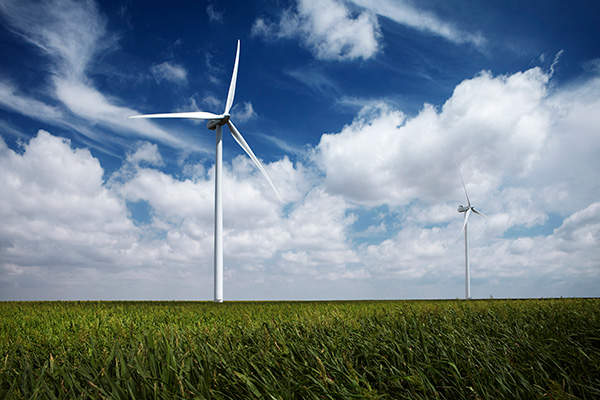 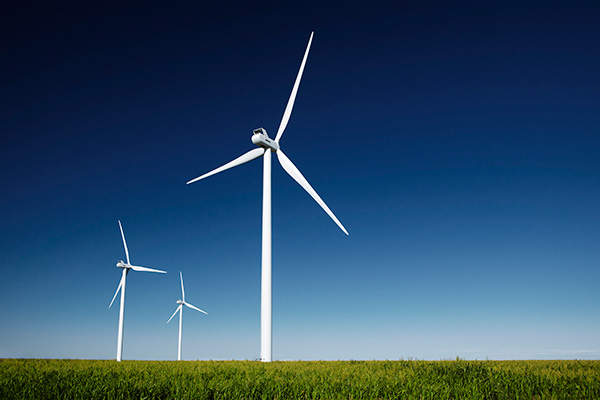 With an installed capacity of 250MW, Cedar Point Wind Farm is the second biggest wind facility in Colorado. Image courtesy of Enbridge. 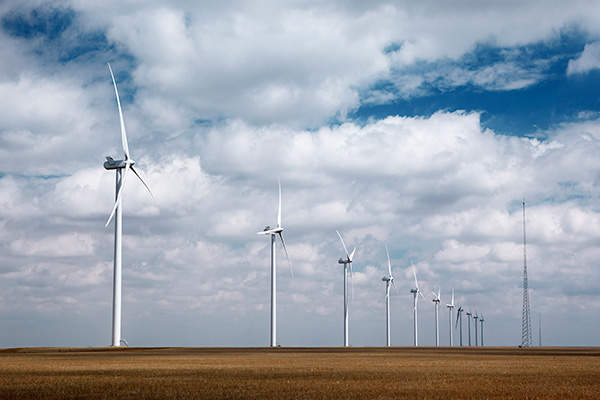 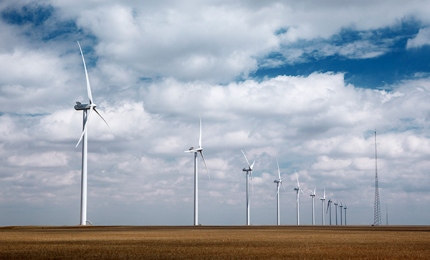 The 250MW Cedar Point Wind Farm, which is the second biggest wind farm in the state of Colorado after Cedar Creek I Wind Farm, is owned and operated by a US affiliate of Canadian pipeline company Enbridge. The wind farm is located 80 miles east of Denver in Limon, Colorado, and was developed by Renewable Energy Systems Americas (RES) with an investment of $535m.

The electricity generated by the wind farm is transmitted to the Public Service Company of Colorado (PSCo) transmission grid. PSCo, a subsidiary of Xcel Energy, signed a 20-year, fixed-price power purchase agreement with RES in March 2010 to buy power from the wind project, which was completed ahead of schedule in September 2011.

The project provides power to approximately 80,000 homes and offsets 783,000t of carbon dioxide emissions annually. It created more than 365 jobs during construction and 12 local, full-time jobs for the ongoing maintenance.

"Enbridge signed an agreement with Colorado-based RES to develop the Cedar Point Wind Farm in June 2010."

Approximately 20,000 acres of private land across Lincoln, Elbert and Arapahoe counties were leased for the construction of the wind farm. The construction included two major installations – the setting up of the wind turbines to harness wind and laying the power transmission lines. Two substations were built, in addition to an operations and maintenance building.

Vestas supplied 139 1.8MW wind turbines that were installed in the eastern part of Elbert County and the western part of Lincoln County. The turbines were manufactured in Vestas’ factories in Windsor, Brighton and Pueblo, Colorado. The Dutch manufacturer will also operate and maintain the turbines under a five-year, fixed-price service, maintenance and warranty agreement.

A 42-mile private transmission line passing through Arapahoe County was constructed to transmit the electricity generated to the grid at PSCo’s 345kV Missile Site Substation.

The Cedar Point Wind Farm uses Vestas’ V90-1.8MW model wind turbines. Launched in 2009, the turbine comprises lightweight blades made primarily from lightweight materials such as carbon fibre. With a rotor diameter of 90m, the blades have a sweep area of 6,362m², which is 27% more than the previous V80 model.

The 44m blades are shaped to deliver maximum output with minimum turbine load. The blades, being less sensitive to dirt, are ideal for sites with large quantities of salt, insects and other particles in the air.

V90 1.8MW turbines are equipped with the Vestas Converter System (VCS) to ensure a steady output of electricity to the grid. The system facilitates optimal production of energy while reducing operational noise and load on the gearbox. Its advance grid compliance system and maintains the grid stability through a quick and powerful active and reactive regulation of energy, especially during grid disturbance.

Water in the turbine is cooled in the CoolerTop system by channelling wind into the heat exchanger. The technology reduces the turbine’s energy consumption and sound levels, making the V90 1.8MW turbines ideal for use in sites where sound levels are a concern.

For a long time, electricity in Colorado was produced mainly by coal-fired plants (70%) and natural gas-fired power plants (25%). Hydroelectric and wind power facilities accounted for only 5% of the power generation.

By 2011, 9.2% of electricity generated in the state was accounted for by wind power. This percentage increased to 13.8% in 2013, making Colorado a hub for wind power, and the state ranks sixth in the US in terms of the percentage of power generated from wind.

A total of $4.3bn in capital investment has been made to date on wind power projects in the state. Colorado had an installed wind capacity of 2,332MW, which powered an average of more than 870,000 Coloradan homes in 2013. The state is also home to a number of wind turbine manufacturers, including Vestas, the leading turbine manufacturer in the world, which has four units.

The rapid expansion of the wind power market is credited to the Renewable Portfolio Standard (RPS) adopted by Colorado in 2007 and enhanced in 2010. The policy mandates all investor-owned power utilities in the state to produce 30% electricity from renewable sources by 2020.