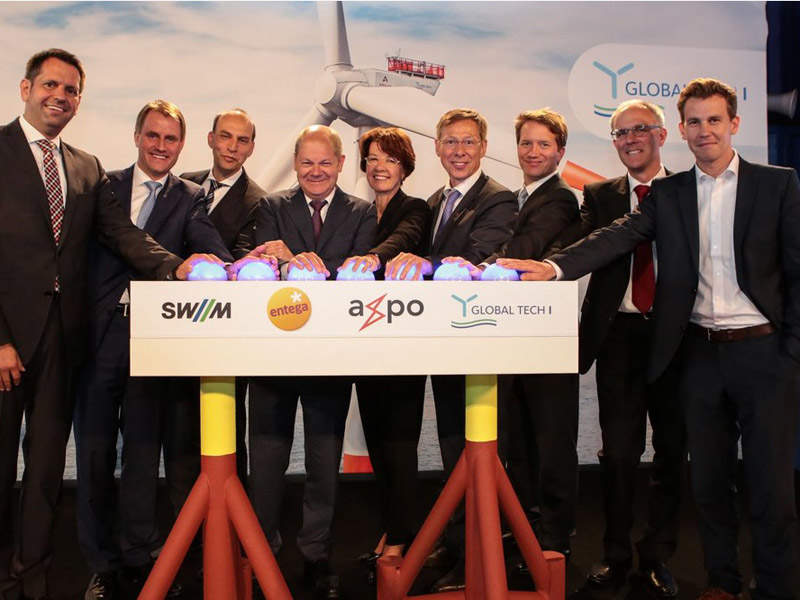 The Global Tech I offshore wind farm was officially inaugurated in September 2015. Image: courtesy of Global Tech I. 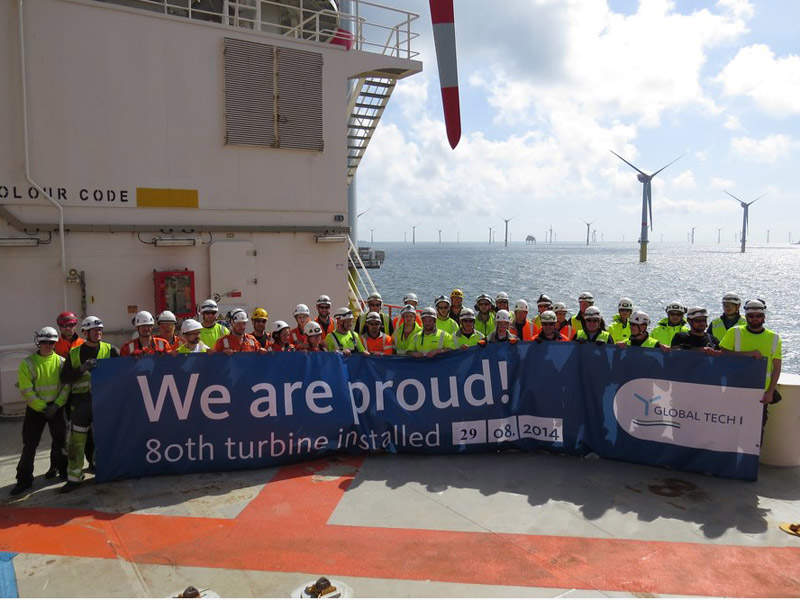 The installation of all the 80 turbines was completed in August 2014. Image: courtesy of Fred. Olsen Windcarrier. 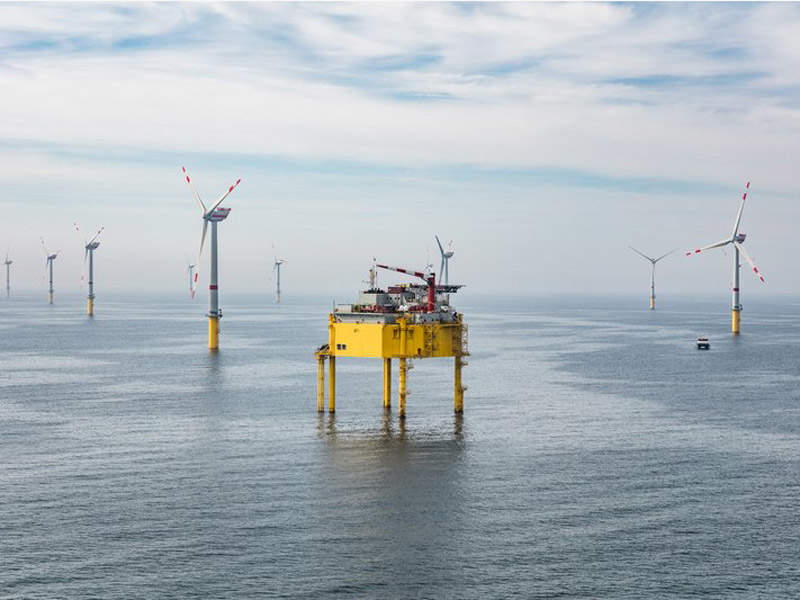 The 9,000t offshore substation was delivered by the consortium of Alstom Grid and Keppel Verolme. Image: courtesy of Global Tech I. 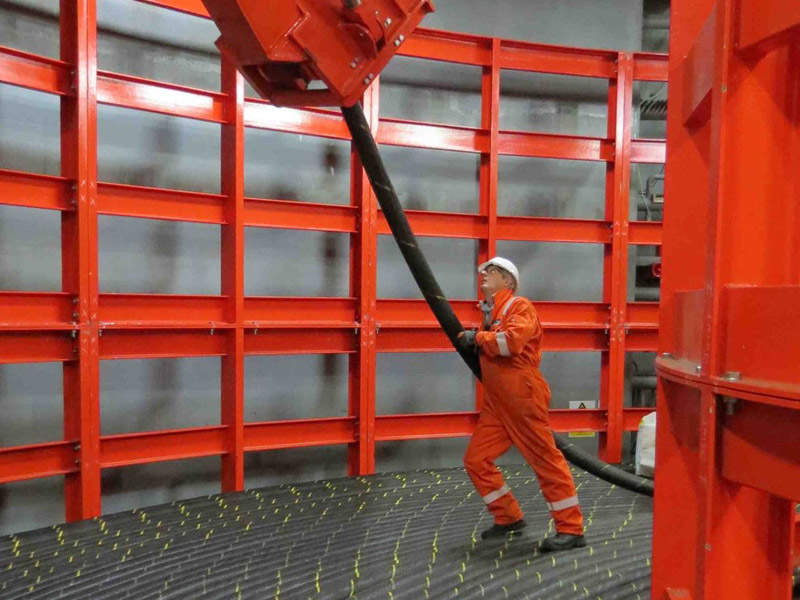 The internal cables were supplied and installed by the consortium of Norddeutsche Seekabelwerke and Global Marine Systems. Image: courtesy of Global Tech I.

Installed at a water depth of approximately 40m, the turbines have a hub height of 90m, total height of 148m and a rotor diameter of 116m, and are placed on 900t tripod foundations.

The operations control centre for the wind farm is located at HafenCity, Hamburg.

Connection with the national grid

The inter-array cables are connected to the offshore transformer station in seven ring circuits, where the voltage is transformed from 33kV to 155kV.

The output is then transferred to the grid operator TenneT’s BorWin Beta offshore converter station, where the alternating current is converted into direct current to facilitate the transmission of power to the Diele substation onshore.

The consortium of Norddeutsche Seekabelwerke and Global Marine Systems was contracted to supply and install the inter-array cables. The consortium of Alstom Grid and Keppel Verolme delivered the offshore substation platform, and was also responsible for the installation, erection and commissioning activities.

The final mechanical and electrical installation works for the turbines were performed by Global Wind Services (GWS). The commissioning inspection for the elevator and service lifts was rendered by TÜV Rheinland.

Offshore vessels involved with the Global Tech I wind farm

Hochtief’s Thor Vessel, Fred. Olsen Windcarrier’s Bold Tern and Brave Tern vessels, Seajacks’ Seajacks Hydra, and Neptune Offshore’s Reef Despina were deployed for the transportation and installation of the turbines, whereas the installation of the tripod foundations and rotor stars was performed deploying Hochtief’s Vidar and INNOVATION vessels.

The inter-array cables were installed deploying the CS Sovereign and Cable Innovator vessels. The latter vessel further deployed its Excalibur remotely-operated vehicle (ROV) for burying the cables to a depth of 1.5m in the seabed.

Jan De Nul Group deployed its Simon Stevin vessel for the installation of the scour protection around the foundations.

Financing for Global Tech I

The project involved an investment of approximately €1.6bn ($2bn), which was financed through debt financing amounting to more than €1.047bn (1.17$bn approximately) provided by a consortium of 16 commercial banks, the European Investment Bank (EIB) and KfW. The remaining amount was raised through equity from the project shareholders.