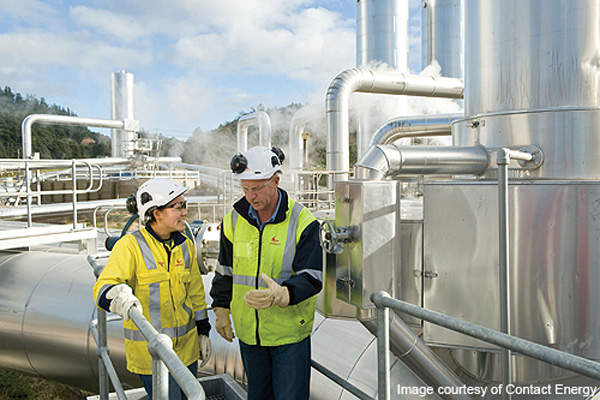 The project is owned and operated by Contact Energy. 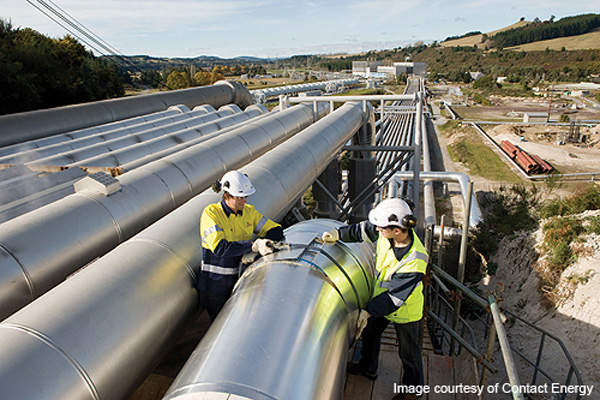 The new power plant was commissioned in May 2014 and will eventually replace the 56-year-old Wairakei power station.

The 166MW Te Mihi geothermal power plant located on the Wairakei geothermal steamfield in Taupo, New Zealand, is owned and operated by Contact Energy and was built as part of a $750m programme to develop the Wairakei-Tauhara geothermal system.

The power station was commissioned in May 2014 and officially opened in the following August. It will gradually replace the 56-year-old Wairakei power station located nearby, which will be phased out of operation.

With the start of operation of the Te Mihi plant, approximately 45MW of the old power station will be decommissioned. It will result in a net output increase of approximately 114MW from the combined Te Mihi and Wairakei stations that will be enough to power more than 110,000 homes.

Once the Wairakei power plant is fully decommissioned in 2026, a third unit is planned to be added at the Te Mihi station.

A 140MW geothermal power station built in the north-east of Taupo in New Zealand with an investment of $430m.

However, energy loss from the steam transmission increased as production wells and power plant are at a greater distance. The best solution to ensure optimal usage of the available geothermal fluid was seen to be the construction of a new plant near the Te Mihi borefield.

The new plant significantly reduces pollution of the Waikato River where water is sourced from to cool the Wairakei power plant. A biological treatment facility was built to remove traces of hydrogen sulphide contained in the used water before discharging it back into the river.

The project also included wells and piping systems that reinject the separated geothermal water instead of discharging it into the river.

A mix of dry steam and two-phase fluid is generated from the new production and reinjection wells that are drilled into the Te Mihi borefield. The western borefield also supplies two-phase geothermal fluid to the new plant.

Intermediate pressure (IP) steam and geothermal water come from the separation of the fluid and steam. The water is flashed to obtain low-pressure (LP) steam. The Te Mihi steam turbine generators receive the IP and LP steam, which passes through the turbines to produce electricity.

The steam condensate and condensed geothermal fluid are injected back into the ground, whereas the non-condensable gases are removed by gas extractors. They are then discharged into the atmosphere by combining into the thermally buoyant cooling tower discharge plume.

A new switchyard and 2km of 220kV transmission line was constructed as part of the project. The new line joins the national grid by connecting to the 220kV Wairakei – Whakamaru transmission line.

The engineering, procurement and construction (EPC) contract for the Te Mihi geothermal power station was awarded to the consortium of McConnell Dowell, SNC-Lavalin and Parsons Brinckerhoff.

Toshiba International Corporation won the contract to supply geothermal power equipment including two geothermal turbines, each with a generator and condenser for the power station.

Page Macrae Engineering was selected as the head mechanical contractor for the project and was also responsible for the Balance of Plant (BoP). It was involved with the off-site fabrication of 1,500t of pressure pipe, and site installation, mechanical installation of the steam turbine generators, and Fiberglass Reinforced Plastic (FRP) piping installation.

Detailed design of the steamfield development, which supplies steam to the power plant, was provided by MB Century.

JLE was responsible for the installation of 200,000m of low-voltage cable and the associated switchboards, motor control centre, distribution boards as well as 7,000m of primary ladder rack. It also installed BoP instrumentation including piping bridals and impulse lines.