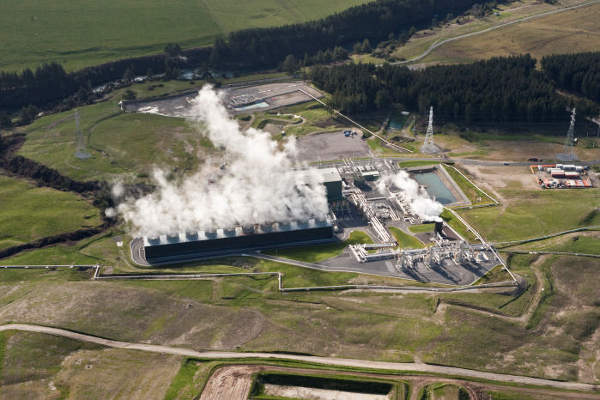 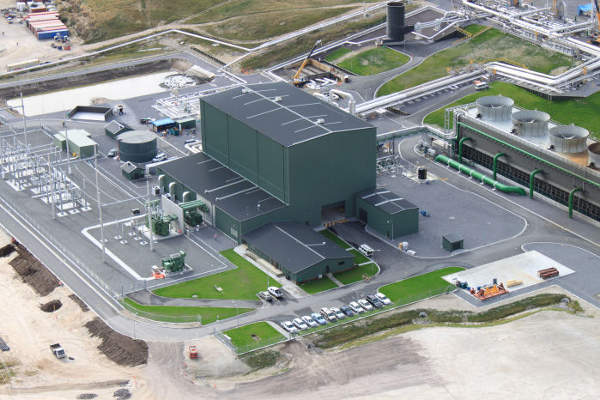 The power station has a generating capacity of 140MW. Image: courtesy of Mighty River Power. 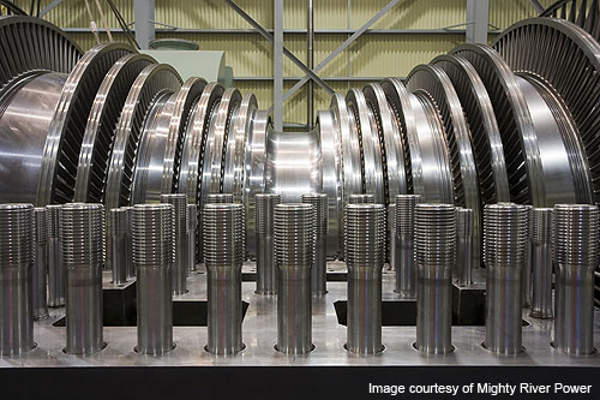 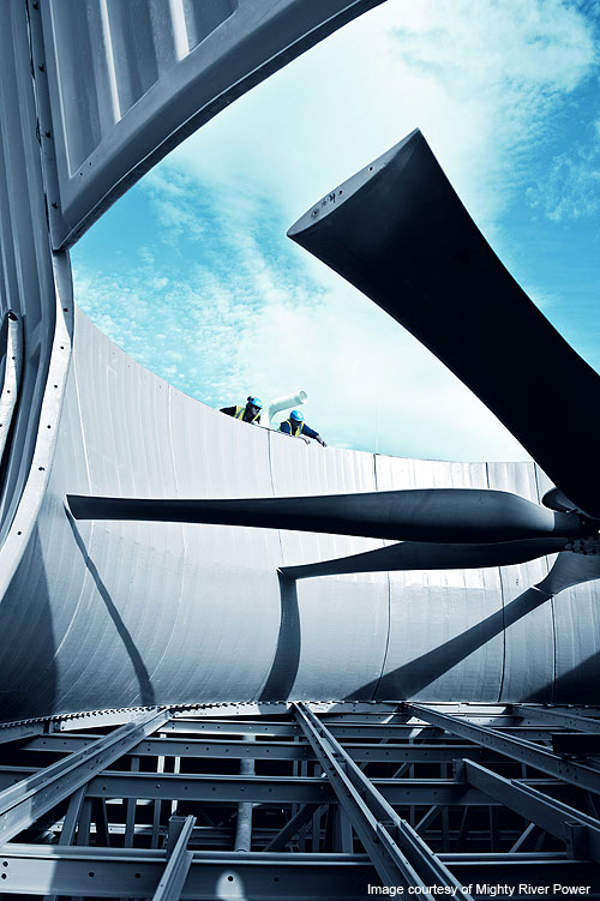 The turbine, supplied by Fuji Electric System, has a rotational speed of 3,000rpm. Image: courtesy of Mighty River Power. 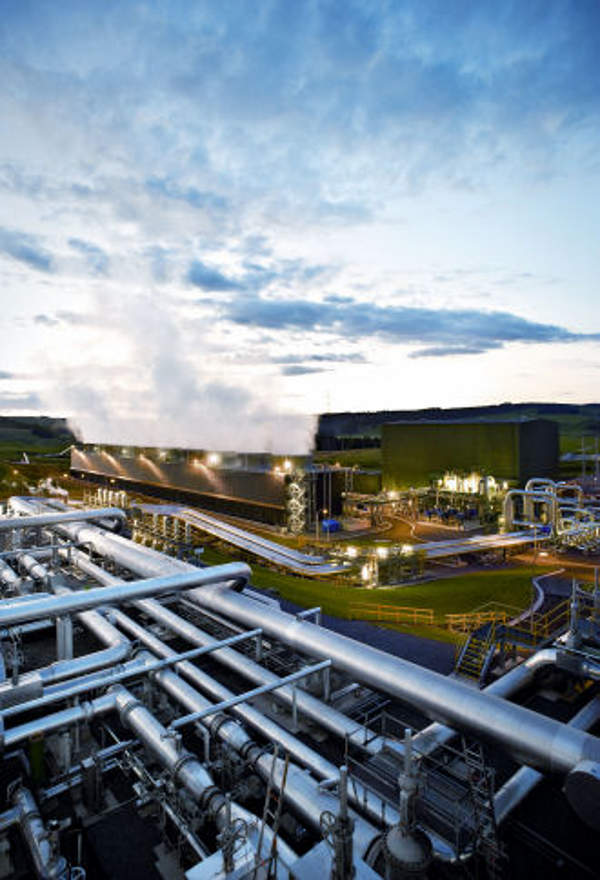 Over 100,000m of cable and 9km of geothermal fluid extraction and injection pipeline were installed at the plant. Image: courtesy of Mighty River Power. 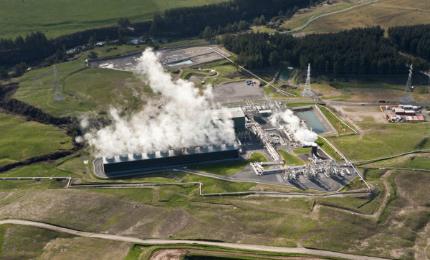 Rotokawa II, also known as Nga Awa Purua, is a 140MW geothermal power station built in the north-east of Taupo in New Zealand with an investment of $430m.

It is owned by a joint venture of Mighty River Power and Tauhara North 2 Trust.

The plant is situated adjacent to the existing Rotokawa stage I power station at the edge of the Taupo volcanic zone. Construction began in May 2008 and commissioning was completed in May 2010.

The project originally intended to produce 132MW, but the generating capacity was later increased to 140MW. It generates a base load electricity of 1,100 gigawatt hours (GWh) per year, which is not weather dependent. The energy generated can power 140,000 homes and meets 3% of New Zealand’s electricity requirements.

The Raft River project won a $9m grant from the US Department of Energy for demonstrating the viability of enhanced geothermal systems (EGS) at the Raft River site in October 2008.

The Nga Awa Purua or Rotokawa II is constructed on a hilly terrain 1km away from Waikata River. The main powerhouse is 11 stories high, while the electrical annex is a flat single-storey building.

The production wells extract two phase geothermal fluid mixture of brine and steam, which has high pressure and an energy enthalpy of 1,560 kilojoules per kilogram (kJ/kg). More than 45,000t of geothermal fluid is extracted per day, with a maximum of 48,000t a day. Nearly 75% of the fluid is injected back into the wells, located 2km south-east of the power station.

The steam separation system receives the two phased geothermal fluid and separates the steam and brine. Impurities in the steam, such as volatile silica, are removed and purified steam is delivered to the turbine in the power generation facility.

Electricity is produced by the generator, which is of totally enclosed water to air-cooled (TEWAC) type with a brushless exciter.

The steam separators are located at a higher elevation than the power generation facility due to the hilly terrain of the region.
Nearly 9km of geothermal fluid pipelines are used for the extraction and injection of the geothermal fluid. Pipelines are also used to connect the production wells to the separator station. These pipelines are 1m above the ground and are covered with 50mm thick thermal insulation.

Water from the Waikata River is used in the cooling towers, which are more than 150m long, 30m wide and 9m high. Geothermal steam entering the condenser after turning the turbine has a temperature of 300˚C. It is cooled by approximately five million litres of recycled river water.

"The energy generated can power 140,000 homes and meets 3% of New Zealand’s electricity requirements."

The steam turbine at Nga Awa Purua is the world’s largest single shaft, triple flash geothermal turbine. The last stage moving blades of the turbine are 31.4in long. Features of the turbine include a triple pressure inlet, single casing and shaft, a bottom exhaust, and double flow high and low-pressure sections.

The corrosion-resistant turbine weighs 325t, with its casing alone weighing 210t. It has a triple flash separation system with three separator units and three steam flashes. The custom designed system ensures efficient use of the Rotokawa steam field and maximum electricity generation from the geothermal fluid.

Small blades are at the centre of the turbine, designed for high-pressure steam and big blades on the sides for the low-pressure steam. The turbine has a rotational speed of 3,000rpm and receives steam from the inlet pipes.

A substation comprising of one 220/11kV transformer, associated switchgear and protection, and synchronisation into the grid is installed at Nga Awa Purua. The substation is connected to the Transpower national grid through the existing 220kV transmission lines.

Neighbouring Rotokawa power plant’s OEC21 generator is connected to the substation through 1km of underground cable. Mighty River Power is able to connect the Rotokawa OEC21 generator directly to the national grid.

The hilly terrain of the site, weak volcanic soils, aggressive groundwater and high temperatures posed challenges during the construction of the plant. The project involved over 280,000m³ of earthworks.

The main plant structure including the generator, turbine, casing and the turbine hall was supported by 30m deep bored piles. Cutting-edge pre-cast and post tensioning systems were employed to eliminate crack formation and strengthen the reinforced concrete base. Retaining structures, erosion and sediment control methods, and stream diversion works were also required.

The steam turbine was supplied by Fuji Electric System, who also undertook the conceptual and detail engineering, project management, installation, supervision, commissioning and start-up of the power station.

Mighty River Power hired Edison to provide technical assistance during the tendering, design and installation of the substation.