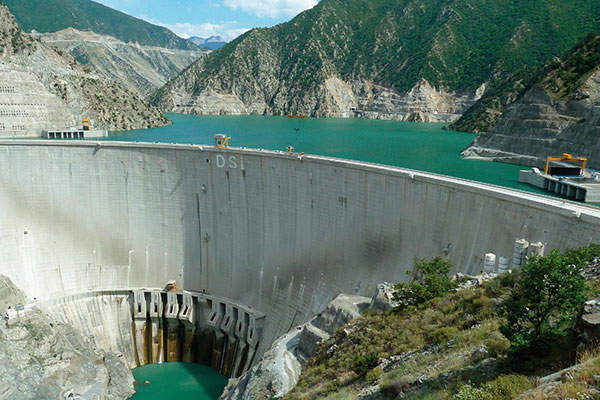 The Deriner dam and power plant is owned and operated by Turkey's General Directorate of State Hydraulic Works (DSI). Image courtesy of Poyry. 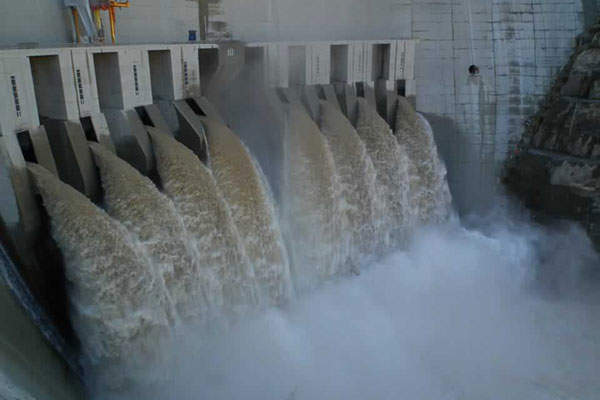 The dam's eight orifice spillways have a discharge capacity of 7,000m³/s. Image courtesy of Pi Makina. 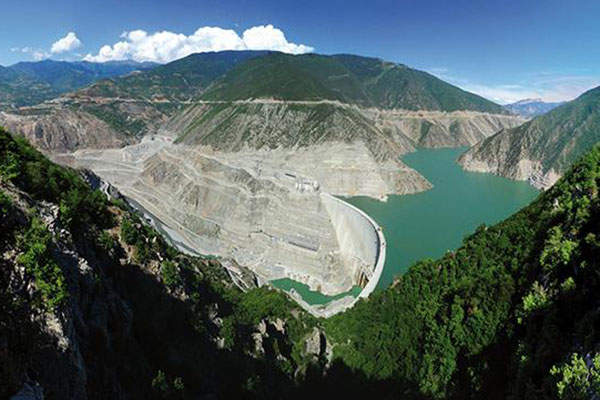 Deriner Dam is the tallest dam in Turkey and one of the world’s tallest dams. Image courtesy of Poyry. 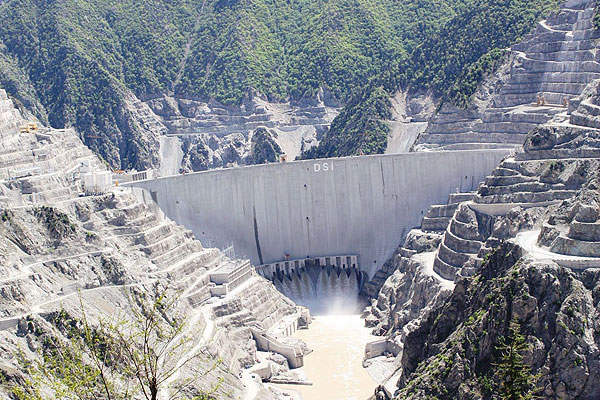 The construction of the concrete double-curved arch dam involved the pouring of 3.5 million cubic metres of concrete. Photo courtesy of ERG Insaat. 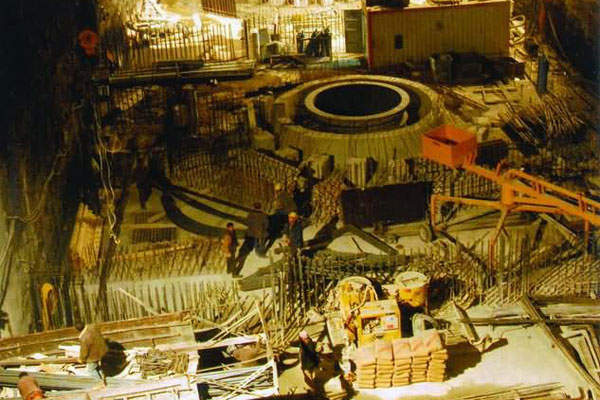 The underground HEPP is equipped with four vertical Francis units of 167.5MW each. 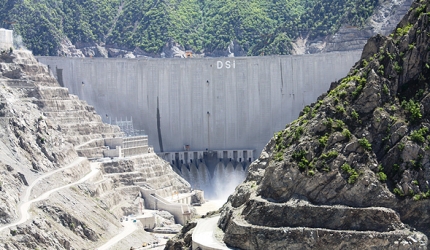 Deriner Dam is a double-curvature concrete arch dam built on the Çoruh River near Artvin province in the north-eastern part of Turkey. The dam feeds a 670MW underground hydroelectric power plant (HEPP).

The HEPP has an annual output capacity of 2,118GWh, accounting for approximately 1.1% of the total energy production in Turkey and roughly 6% of Turkey’s hydropower generation capacity. It serves the electricity needs of approximately 750,000 people, while the dam helps in managing flood and sedimentation in the Coruh Valley and provides recreational activities such as boating and fishing.

"The HEPP has an annual output capacity of 2,118GWh, accounting for approximately 1.1% of the total energy production in Turkey and roughly 6% of Turkey’s hydropower generation capacity."

The Deriner dam and power plant is owned and operated by the Turkey’s General Directorate of State Hydraulic Works (DSI). The hydropower project was developed at an estimated cost of approximately $1.4bn.

The project primarily involved the construction of the dam’s body, rock excavation, a diversion tunnel, underground powerhouse, overflow and orifice spillways, including associated infrastructure such as access roads, internal roads, tunnels and bridges.

Located on the right bank of the Çoruh River, the hydroelectric power plant is 20m-wide, 126m-long and 45m-high. The construction of the underground powerhouse required excavation works up to a depth of approximately 100m.

The HEPP is equipped with four vertical Francis turbines of 167.5MW each that are fed with water via a 9m diameter penstock, while water from the turbines is exited via 74m-long tunnels.

The double-curvature concrete arch dam is 253m-high from the foundation and 202m from the river bed, making it the tallest dam in Turkey, as well as one of the world’s tallest dams. It has a crest elevation of 397m and crest width between 12m and 18m. The dam Construction involved the pouring of 3.5 million cubic metres of concrete.

The 11,233MW Belo Monte hydroelectric power plant is a hydropower project that will help Brazil meet its increasing energy needs.

The dam construction necessitated a diversion of the Coruh River. The diversion tunnel is a horseshoe cross-section tunnel on the right bank, with an overall length of 912m, a diameter of 11.60m and a diversion capacity of 1,804m³/s.

The engineering, procurement and construction (EPC) contractor for the project was a consortium led by ERG. The consortium partners include Technopromexport, Stucky, ABB Alstom Power, and Hydro Vevey (formerly Sulzer Hydro).

The dam and the powerhouse were designed by the consortium of Poyry (formerly Electrowatt Engineering) and Dolsar Engineering. The consortium also conducted the project feasibility study and provided quality assurance over the entire construction phase.

An aggregate and concrete preparation plant was constructed by Teknik Yape Proje, while a 360m²/h capacity concrete batching plant was supplied by Pi Makina.

Krupp Fördertechnik supplied three cable cranes for the project. Other contractors involved in the project were KPI-JCI, Prokon and Norbert.