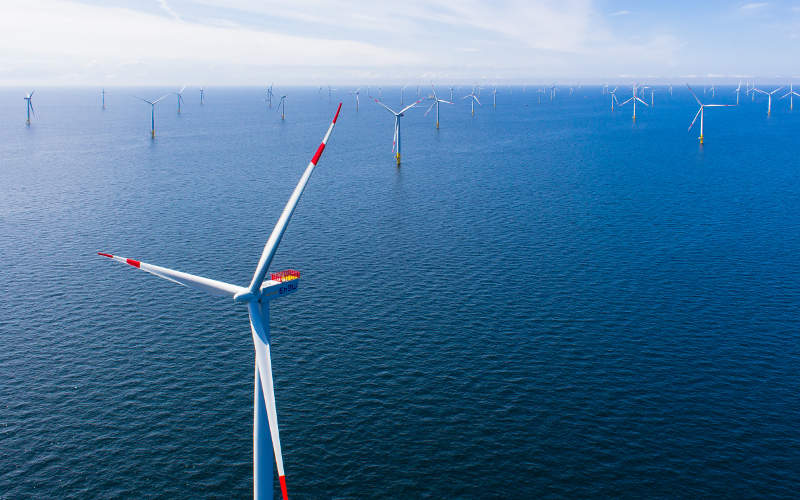 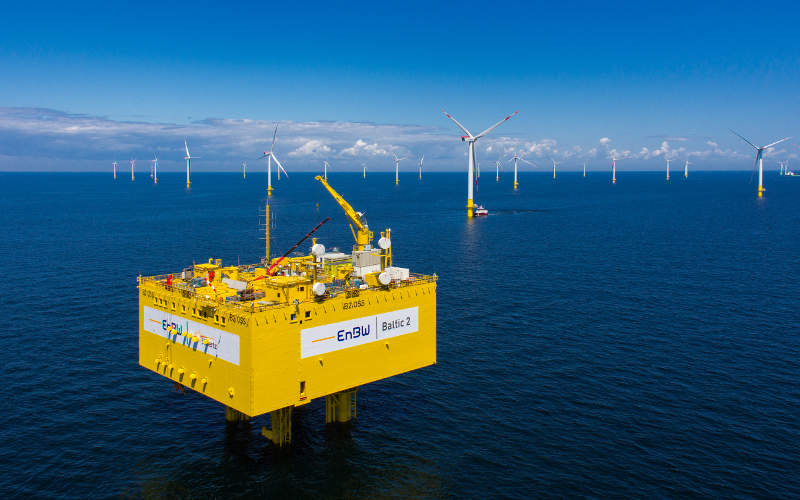 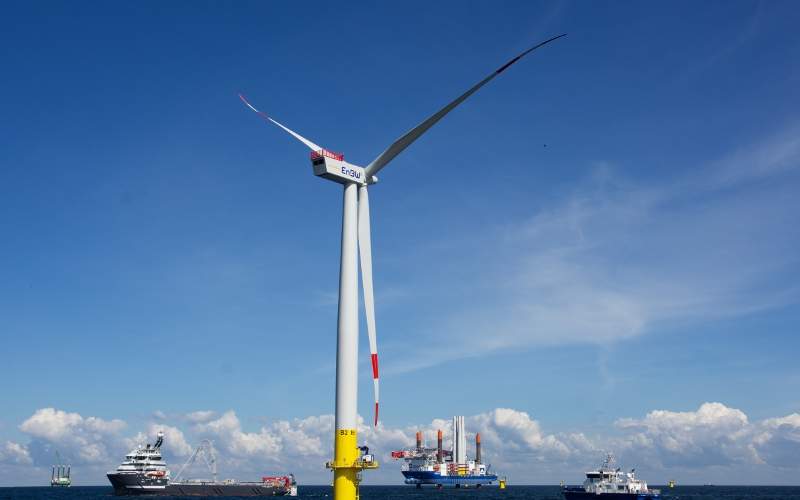 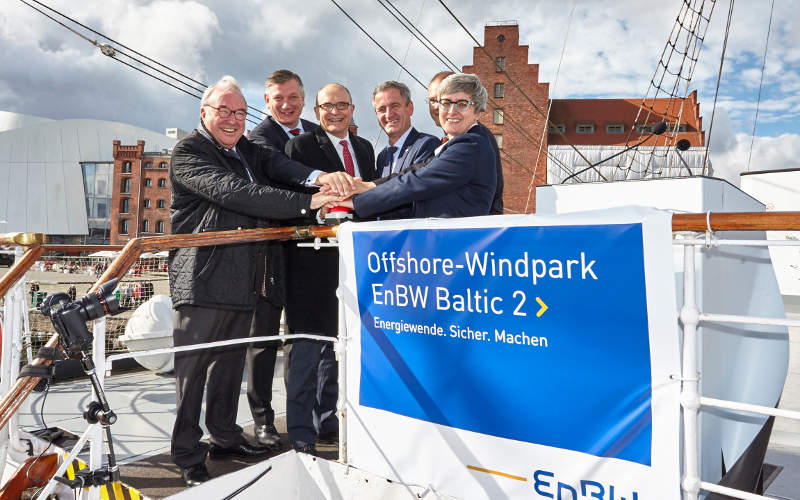 The 288MW EnBW Baltic 2 (formerly Kriegers Flak) is an offshore wind farm located 32km north of the island of Rügen, in the western part of the German Baltic Sea. It covers an area of approximately 27km².

The wind farm was developed by EnBW Energie Baden-Württemberg, who has a 50.11% stake in the wind farm, while the remaining 49.89% stake is held by PGGM, a co-operative Dutch pension fund service provider.

The project engaged 2,800 workers, 120 companies and 40 vessels, and was aided by a €500m ($551m approximately) loan from the European Investment Bank (EIB). It is said to be four times larger in area and produce six times more electricity compared to the Baltic 1 offshore wind farm.

The construction works for the wind farm were initiated in August 2013 and the first and last turbines were erected in August 2014 and June 2015 respectively. The first power from the project was fed to the national grid in April 2015 and commissioning was completed in September that year.

The offshore wind farm has an output capacity of 1.2bn kWh a year, which is sufficient to serve approximately 340,000 households and is equivalent to offsetting 900,000t of CO2 emissions a year. The wind farm is designed to operate for 25 years.

Approximately 80,000t of steel was used for the construction of the monopiles and jackets.

"It is said to be four times larger in area and produce six times more electricity compared to the Baltic 1 offshore wind farm."

Electricity generated by the wind turbines is conveyed by 85km of subsea cables to the substation, where the voltage is enhanced from 33kV to 150kV for export.

The substation is further connected by a 150kV-submarine cable to the onshore connection point at Bentwisch (near Rostock), where the voltage is further increased to 380kV and fed to the German grid by the network operator 50Hertz Transmission.

MADESTA manufactured and supplied the wind tower door frames under the supervision of Germanischer Lloyd (GL). Alstom was contracted for the installation, erection and commissioning of the wind farm’s self-erecting offshore substation platform.

The monopile foundations were installed by Ballast Nedam in collaboration with Arge Baltic 2 Foundations, a joint venture between Hochtief Solutions, GeoSea and Hochtief Offshore Crewing.

The wind turbine installation was performed by the joint-venture of Hochtief Construction and Nordsee-GeoSea (DEME).

FRS Windcat Offshore Logistics (FWOL), a joint venture of Windcat Workboats and FRS Offshore, was awarded a five-year contract in March 2015 to provide the Windcat 34-crew transport vessel to serve the wind farm.

The inter array cables were installed by Siem Offshore Contractors (SOC), who further subcontracted JDR to provide the pre-commissioning, test and termination services, Ecosse to perform the boulder clearing and trenching works, and Louis Dreyfus Travocean for the post-lay burial protection works.

ESG supplied a portable cable tank for storing a 3,000m-long cable, which could be used for future repair purposes.

L-3 SAM Electronics was subcontracted by Bladt Industries to outfit the transition pieces of the jacket foundations. The company also supplied the electrical systems for the substation platform.

The non-destructive testing (NDT), inspection and cross-checking of the fabrication of the monopiles were performed by Mactech Inspection.

Salzgitter Group supplied 44,150t of steel plates for the construction of the turbines and the foundations.