The Baltic 1 offshore wind farm is the first commercial wind farm in Germany, with an installed capacity of 48.3MW.

The transformer platform being lifted into position during construction in 2010.

The offshore substation at the Baltic 1 wind farm. 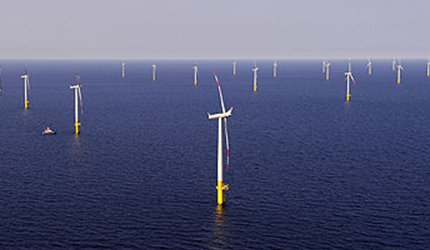 Germany-based energy company Energie Baden-Württemberg (EnBW) commissioned the Baltic 1 Offshore Wind Farm in May 2011. It is the first offshore wind project on a commercial scale in Germany.

The 48.3MW plant is located in the Baltic Sea and produces approximately 185GWh of electricity per annum, meeting the power needs of about 50,000 homes in the country.

EnBW won four offshore energy projects worth €3bn in 2008, including two in the Baltic Sea and two in the North Sea, with Baltic 1 being one of them. The gross output of the four projects will be approximately 1.2GW.

EnBW started construction on the wind farm in the second quarter of 2010 and completed it in approximately one year. The wind power facility complements Germany’s renewable energy target of 30% by 2020.

The company aims to complete its second wind farm, Baltic 2, by 2013. Baltic 2 will be four times bigger than Baltic 1.

Distribution of wind power from Baltic 1

“The company aims to complete its second wind farm, Baltic 2, by 2013. Baltic 2 will be four times bigger than Baltic 1."

The electricity stepped-up at the offshore substation is transported onshore through a 61km long subsea cable.

The three-phased cable is buried at a depth of 1.5m in the seabed, which ensures it is protected from sea-anchors and fishing activities.

The power reaching onshore is further transported through an underground cable to the Bentwisch substation which then distributes it to the main network.

The €276m Baltic 1 offshore wind project was financed through a €138m loan arranged by a consortium of the European Investment Bank (EIB), KfW IPEX-Bank, Landesbank Baden-Württemberg (LBBW) and NIBC Bank.

EIB provided an additional loan of €80m for the project in March 2011, while other partners in the consortium provided a loan of €58m.

“The height of the turbine from the foundation to the blade tip is about 125m."

The wind farm consists of 21 Siemens wind turbines, rated at 2.3MW each. The transition pieces of the turbines are supported by more than 250t of monopiles, which are driven to depths of 16m to 19m into the seabed. The transition piece is of heavy weight, weighing about 1,000t. It is fixed with an ice cone in order to prevent damage due to drifting ice.

An offshore substation platform (22m x 30m x 16m) is installed near the wind farm site to step-up the produced power from 33kV to 150kV. The substation is also equipped with a switchgear of medium voltage. The platform is a heavy steel structure sitting on a single monopile. It weighs about 900t, while its substructure weighs 275t.

A2SEA shipped the wind turbines from Siemens’ manufacturing plant in Brande, Denmark to the offshore site. The company used its Sea Power vessel to fit the turbines into place.

NKT Cables and 50 Hertz were responsible for the supply and grid connection of the subsea cables. Nexans supplied its ‘Capjet’ trenching system to bury the subsea power cables.