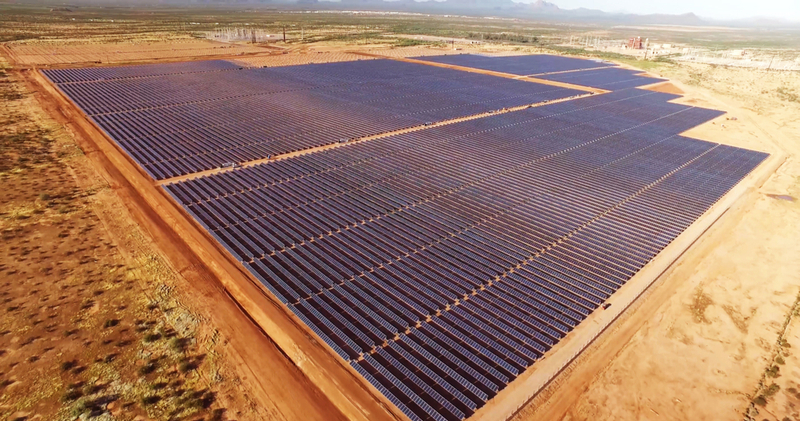 Ewec announced last week that it had issued the request for proposals (RFP) to prequalified bidders for the independent power project (IPP), which will be located in the Al-Dhafra area. According to sources close to the project, developers have been given until 31 October to submit technical and commercial proposals.

It was reported in April that Ewec had received prequalification documents from at least 25 companies for the planned photovoltaic (PV) solar project. The client had earlier received expressions of interest from 48 firms.

The project will involve the financing, construction, operation and maintenance of the solar plant under a long-term power purchase agreement. The successful developer will form a special-purpose vehicle (SPV) company in partnership with Ewec. The developer consortium will own up to 40 per cent of the SPV.

In February 2017, the emirate awarded a contract to a consortium led by Japan’s Marubeni Corporation and China’s Jinko Solar to develop a 1,177MW PV solar IPP at Sweihan, the world’s largest single-site solar project.

The solar projects form part of the UAE’s target of 50 per cent clean energy by 2050, of which 44 per cent will come from renewable energy.

This article is sourced from Power Technology sister publication www.meed.com, a leading source of high-value business intelligence and economic analysis about the Middle East and North Africa. To access more MEED content register for the 30-day Free Guest User Programme.