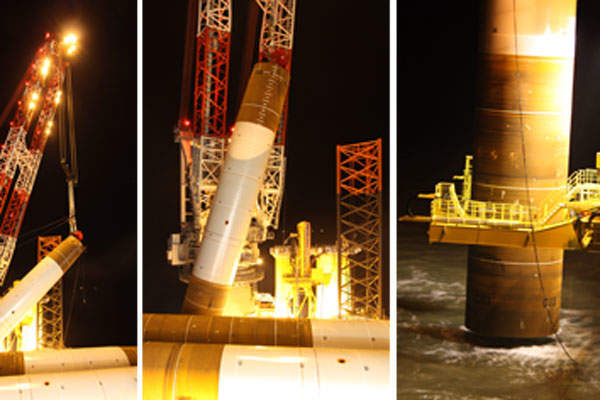 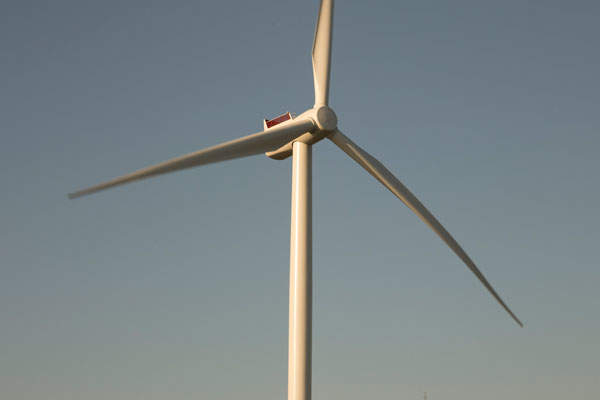 The turbine's blade length is 75m, which is considered to be the world's longest. Image: courtesy of www.siemens.com/press. 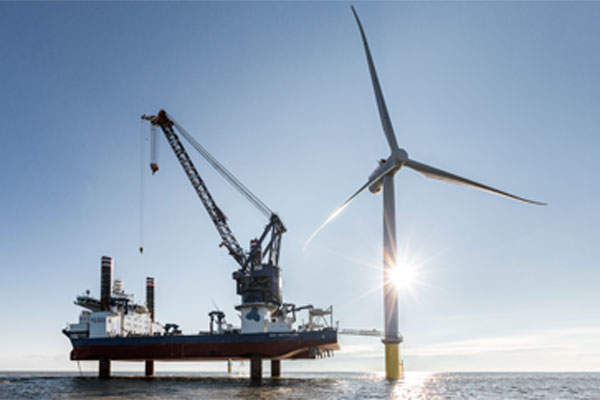 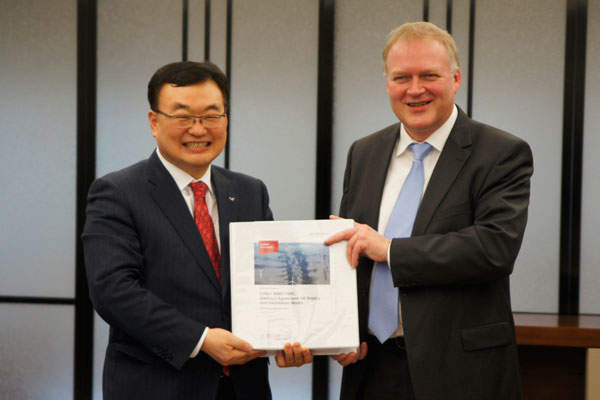 The Westermost Rough offshore wind farm, the first facility of its kind to deploy the next-generation Siemens SWT-6.0-154 wind turbines commercially, is located 8km from the Holderness coast in Yorkshire, north of Hull, UK.

The wind farm is owned and operated by the joint venture of Dong Energy (50%), Marubeni Corporation (25%) and the UK Green Investment Bank (GIB 25%).

Commissioned in July 2015, the wind farm contributes to realising UK’s target of installing 33GW of wind power by 2020. The 800GWh of net renewable electricity a year generated by the wind farm will be sufficient to power more than 150,000 UK homes and offset 264,429t of CO² emissions a year over its estimated operational life of 25 years.

The required construction approval from the UK Department of Energy and Climate Change was granted in November 2011, construction works began in January 2014 and first power was generated in September 2014. The project generated approximately 900 construction jobs and the wind farm’s operations and maintenance base, located at the Royal Dock in Grimsby will employ 100 people.

The Burbo Bank offshore wind project is located off the cost of the River Mersey in Liverpool Bay, Wales, UK.

Covering an area of approximately 35km², the offshore wind farm is equipped with 35 Siemens 6MW direct drive wind turbines with a rotor diameter of 154m. The turbine’s blade length is 75m, touted to be the world’s longest, the swept area of each turbine is 18,600m² and the height from sea level to blade tip is 177m.

The monopile installation works were completed in May 2014, deploying HGO Solutions’ vessel named Innovation. Each monopile weighs up to 800t and has a diameter of 6.5m. Onshore activities primarily involved the installation of underground cables, with the cable ducts laid to a depth of 12m underground.

“Commissioned in July 2015, the wind farm contributes to realising UK’s target of installing 33GW of wind power by 2020.”

The electricity generated by the renewable power plant is conveyed to the offshore substation via a 33kV inter-array cabling system, where the voltage is converted from low-voltage to high-voltage.

The output is then conveyed to the landfall at Tunstall via a submarine cable and further to the new Ferndale substation, before being fed to the national grid.

Siemens has been given the additional responsibility for the service and maintenance of the turbines for the first five years of operation.

The fabrication works for the foundations were performed by Bladt. Combilift transported the subsea cables to the wind farm.

Technip performed the installation of the inter-array cables, VMSC was involved in laying and burying approximately 11km of export cables connecting the onshore grid, and VBMS was contracted to lay 14km of export cables. The detailed design of the cable route between the cable landfall at Tunstall and the onshore HV substation was provided by Kelvin Energy.

The SCADA / vessel traffic management system (VTMS) for surveillance of vessels in and around the wind farm site was supplied by Grontmij.