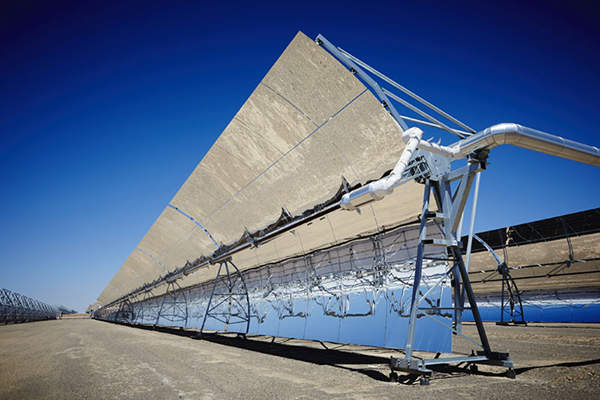 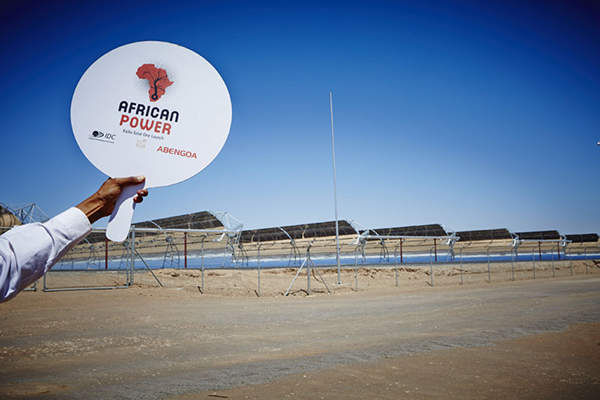 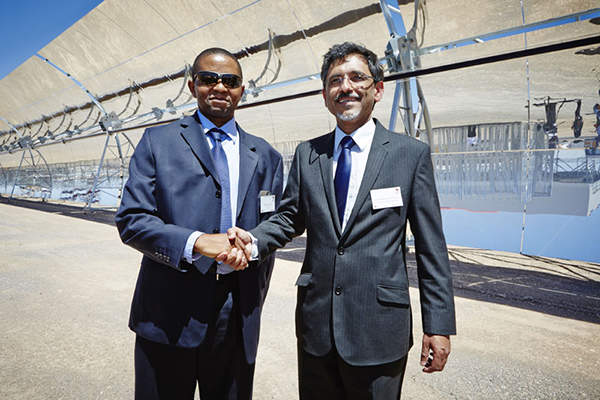 KaXu (translated as open skies) Solar One, the biggest of its kind in Africa and the southern hemisphere, is located approximately 40km north-east of the town of Pofadder in the Northern Cape Province, South Africa.

The 100MW concentrated solar power (CSP) plant is the first to use the parabolic trough technology in South Africa. It came online in March 2015 following more than two years of construction, which was initiated in November 2012.

The plant has an output capacity of 320 gigawatt hours a year (GWh/year), which is sufficient to serve 80,000 African homes and offset 315,000t of CO2 emissions a year. The project also generated 4,500 construction jobs and 80 permanent jobs, and helps South Africa to meet its target of generating up to 17,800MW of renewable energy by 2030.

The KaXu Solar One project facilities have a footprint of approximately 310ha (3.1km²) on a 1,100ha (11km²) site. It is equipped with 1,200 parabolic trough solar collector assemblies (SCA), each measuring 25ft-wide, 500ft-long and 10ft-high. Each SCA comprises ten modules, which further integrate 28 pivoting concave mirrors each, bringing the total number of parabolic-shaped mirrors at the site to 336,000.

The SCAs focus the sunlight on to 4m-long receiver pipes or heat collection elements (HCEs) placed at the centre of each trough, to heat the thermal fluid flowing through the pipes. The thermal energy is converted into steam that drives a steam turbine to generate electricity.

KaXu Solar One further integrates a two-tank, indirect molten salt-based thermal energy storage system, which provides up to 2.5 hours of stored energy to be used after sunset or when cloudy. The solar thermal field is expected to be in service until 2035.

The entire output from the solar power plant is purchased by Eskom, Africa’s biggest power utility, under a 20-year power purchase agreement.

Financiers involved with KaXu Solar One

"The project helps South Africa to meet its target of generating up to 17,800MW of renewable energy by 2030."

The engineering, procurement and construction (EPC) contractor for the project was Abeinsa EPC. Siemens provided installation and commissioning support for the project.

The final environmental impact assessment (EIA) report for the project was prepared by Savannah Environmental. The drawings and documentation works for the civil engineering structures were provided by 3D3 INGENIERÍA.

ALTAC was the structural designer for the project. Bergvik supplied its proprietary Iso Floor System for the electrical control rooms of the solar field.

The electrical and control instrumentation works were provided by Lead EPC, Flowserve supplied 307 of its Limitorque MX10 actuators, and Power Electronics supplied seven units of its XMV660 variable-speed drives and three units of its SD700 low-voltage (LV) speed drives for the solar field.