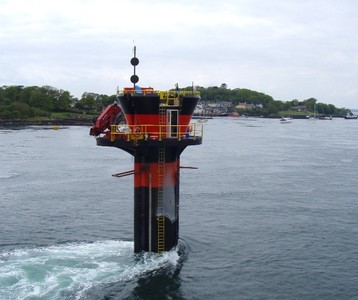 Atlantis Resources has acquired Marine Current Turbines (MCT) from Siemens to strengthen its tidal power business in the UK.

The firms have signed an all-stock agreement for the acquisition, under which Siemens will own 9.99% stake in Atlantis.

Siemens Wind Power and Renewables Division hydro & ocean power CEO Achim Woerner said: "This will enable the areas of competence of Marine Current Turbines, in particular its engineering capabilities, to be retained.

"Siemens will continue to cooperate with respect to component supply with MCT / Atlantis in the future."

Atlantis will acquire the UK based tidal energy business of Siemens including its staff, intellectual property, existing projects and extensive seabed rights.

The Singapore based firm will be the owner for MCT’s Strangford Lough project in Northern Ireland.

Six other projects in Wales, Northern Ireland and southern England will be taken over by the Atlantis, in addition to project development capacity of 200MW.

The firm will also be entitled to increase its project development portfolio in Scotland.

It will also support development of a turbine assembly facility at Nigg Energy Park in Ross-Shire, Scotland, which is owned by Global Energy Group (GEG). A lease agreement is likely to be signed for the proposed development.

GEG process & equipment executive vice-president Gordon Ronaldson said: "There is a real opportunity through this acquisition to establish Scotland as the centre of excellence for the sector, in terms of IP ownership, project development and manufacturing.

"This is an important and exciting milestone in establishing Nigg as Scotland’s main construction and logistics base for offshore renewables."