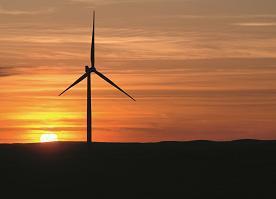 Siemens has inked an agreement with the US energy company Minnesota Power to provide service and maintenance for D3-platform wind turbines at the Bison Wind Energy Center in North Dakota for a decade.

Under the terms of the deal, Siemens will provide service and maintenance for 149 D3-platform wind turbines installed in the first three phases of the Bison Wind Energy Center.

Siemens wind service and renewables business CEO Mark Albenze said: "Siemens and Minnesota Power have a long history of working together and this is a continuation of our ongoing collaboration.

"A committed supporter of renewable energy, Minnesota Power boasts the largest fleet of Siemens’ D3 turbines in the U.S. We look forward to working closely with them to help with the continued reliability, affordability and sustainability of their renewable energy projects."

With commissioning of Bison 4 scheduled in January, Bison complex’s total capacity grew to nearly 500MW, which makes it the largest wind energy project in the state of North Dakota.

Siemens, presently, offers service and maintenance for over 3,700 installed wind turbines in the Americas region and over 9,000 globally, with a total generating capacity of around 22GW.

This wind farm is located on the eastern end of the Constable Bank between Abergele and Rhos-on-Sea, about 8km off the coast of North Wales.