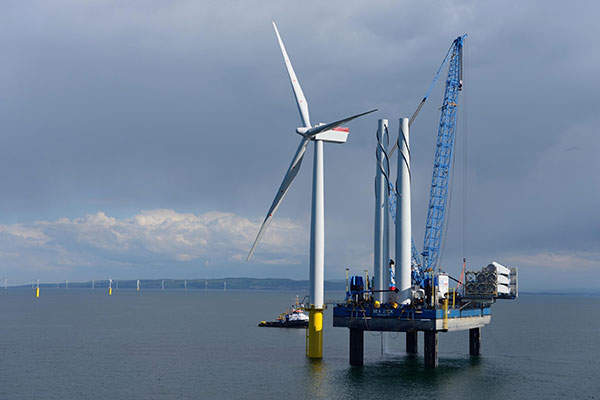 Gwynt y Môr generates up to 1,950GWh of clean energy a year, which is sufficient to power 400,000 homes in the UK. Image: courtsey of RWE Innogy.

Each of the 160 wind turbines rises 150m above the mean sea level. Image: courtsey of RWE Innogy. 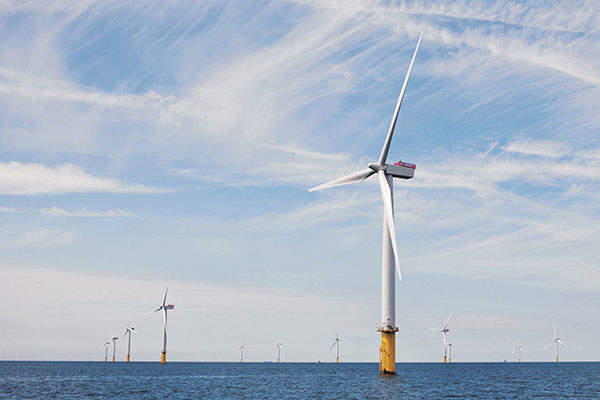 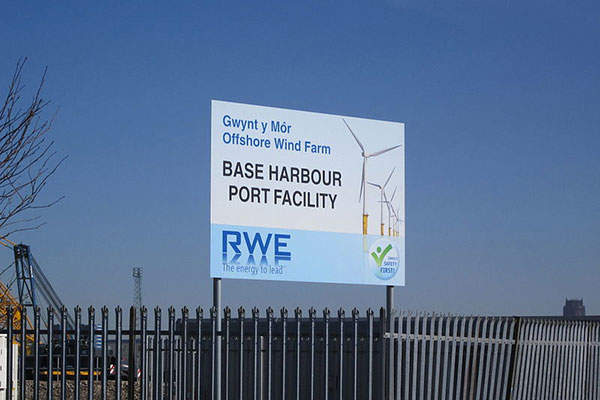 Base harbour port facility for the Gwynt y Môr offshore wind farm at the Cammell Laird Shipyard on the River Mersey in Birkenhead. Image: courtesy of Rept0n1x. 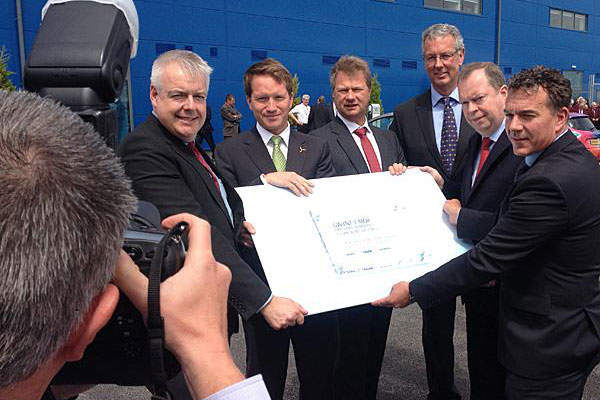 The Gwynt y Môr (translated as Wind of the Sea) offshore wind farm, located more than eight miles (13km) off the North Wales coast in Liverpool Bay, covers 79km² of a 124km² site leased from the Crown Estate.

Gwynt y Môr was constructed with an estimated investment of more than €2bn ($2.43bn) by a joint venture of RWE Innogy (60%), Stadtwerke München (30%) and Siemens (10%). UK Green Investment Bank has an option to acquire a 10% share in the project, under an agreement signed with RWE.

The Department of Energy and Climate Change (DECC) gave its approval for the project in December 2008. Construction started in January 2012 and was completed in November 2014, discharging four million man hours offshore without a single lost time incident. The wind farm was officially inaugurated in June 2015.

Ormonde wind farm is a 150MW offshore power project located in the Irish Sea, 10km off the Cumbria coast in the north-west of the UK.

Gwynt y Môr wind farm is capable of generating 1,950GWh of clean energy a year, which is sufficient to meet the electricity needs of 400,000 homes and equivalent to offsetting 1.7 million tonnes of CO2 emissions a year.

The project generated 2,450 construction jobs and approximately 100 long-term jobs in the UK.

The wind farm is equipped with 160 Siemens SWT-3.6-107 wind turbines rated at 3.6MW each. The turbines are installed at water depths ranging between 12m and 28m on top of transition pieces supported by monopile foundations. The turbines have a rotor diameter of 107m, a hub height of 84.4m, and a height of 137.9m to blade tip. Each turbine rises 150m above the mean sea level.

The 800t and 42m-deep jacket foundations of the offshore substations were installed employing the Stanislav Yudin crane vessel, which was also involved in installing 60 turbines for the project. The first turbine at the site was installed in May 2013 and the first power was generated in 2013.

The electricity generated by the wind farm is conveyed to two 33kV and 132kV offshore substations using 33kV inter array cables and further to an onshore substation by means of four export cables measuring 20km-long before being connected to the 400kV national grid by approximately 134km of onshore interconnection cables.

The transmission assets of the project are owned and operated by Gwynt y Môr OFTO, a consortium formed by Balfour Beatty Investments and Equitix, who purchased the assets for €475m (approximately $532m) in February 2015. The deal was partly funded by the European Investment Bank.

The supply, installation, and maintenance contract for the wind turbines, as well as the electrical systems contract for the project were awarded to Siemens. Harland and Wolff was subcontracted by Siemens to design and build the two offshore substation platforms, whereas Scottish company Burntisland Fabrications (BiFab) was awarded a £12m ($19m) contract to design and manufacture the foundation structures of the substations.

The supply contract for the inter-array cables was awarded to Draka. Prysmian Cables and Systems supplied 134km of high-voltage onshore cables. The cable protection works were performed by Tekmar Energy.

The installation and burial of the project’s inter-array power cables were performed by CT Offshore and Reef Subsea Power & Umbilical, the offshore export cables were installed by Global Marine Systems, and the contract for the high-voltage and fibre-optic cabling works at the offshore site was awarded to EDS.

The consortium of Bladt Industries and EEW Special Pipe Construction manufactured the wind turbine foundations. Grouting for the foundations was performed by FoundOcean.

Granada Material Handling was awarded a three-year contract in May 2015 to provide personnel and maintain the 160 Python cranes at the offshore site. The contract also entails the provision of climbing safety systems, complete tower inspections and onshore activities to assist the functioning of the offshore turbines.