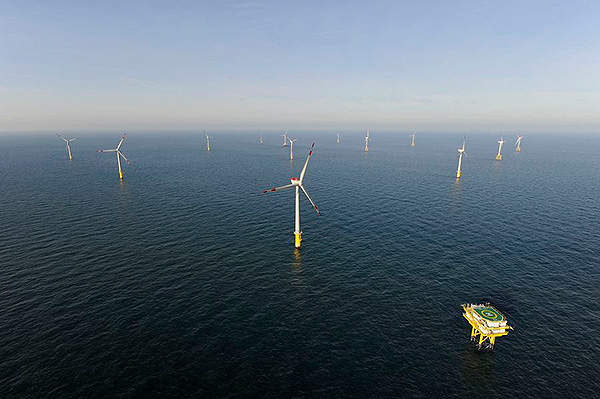 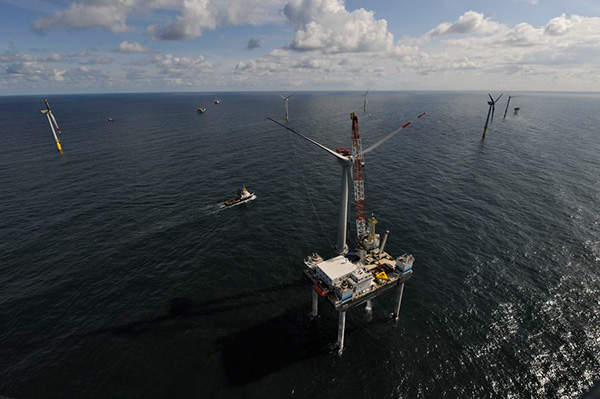 Construction on the first phase of Borkum West II commenced in September 2011. Image courtesy of Trianel. 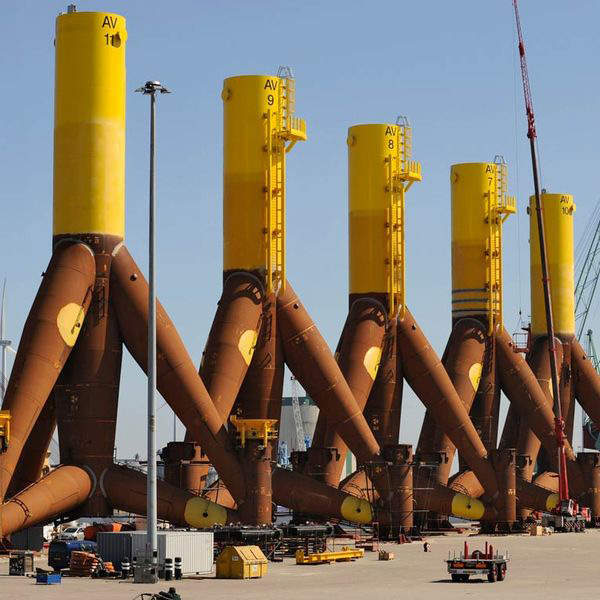 The tripod support structures for the wind turbines being assembled. Image courtesy of Trianel. 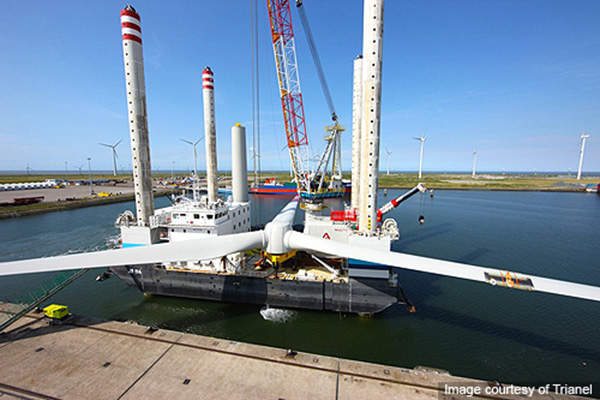 The turbines being handled by a ship. Image courtesy of Trianel. 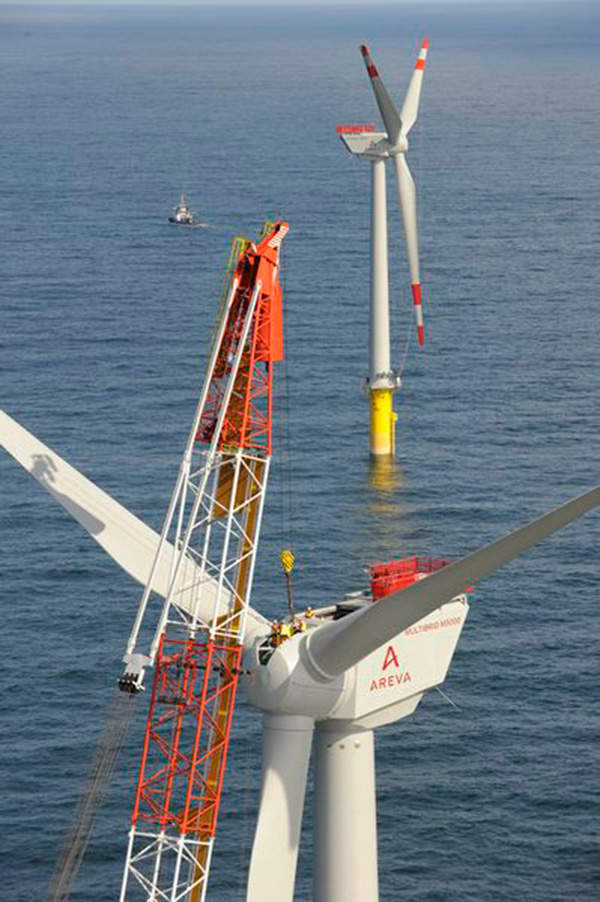 The turbines were carried by a barge to the offshore site and installed using cranes. Image courtesy of Trianel. 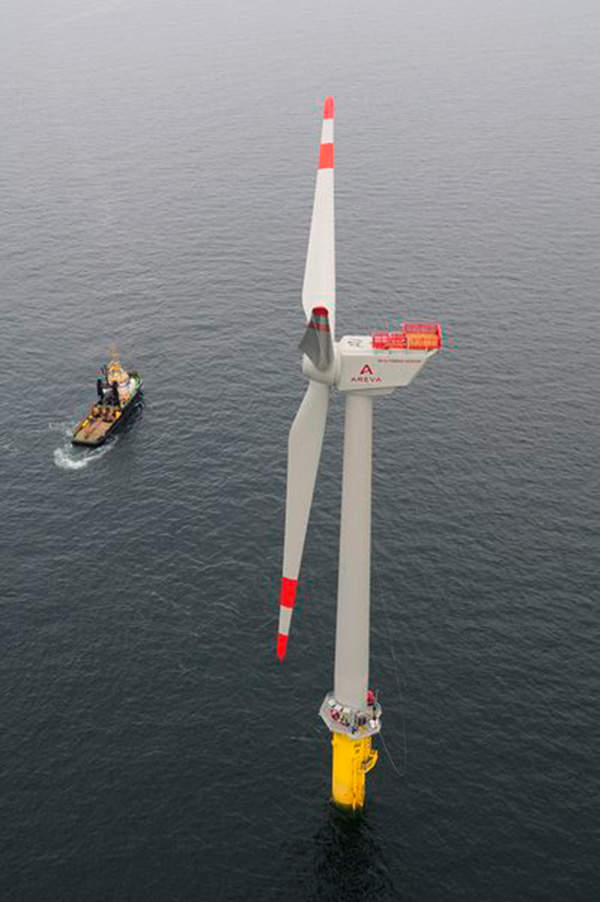 The Borkum West II wind farm will comprise of 80 turbines installed in two phases of 40 each. Image courtesy of Trianel. 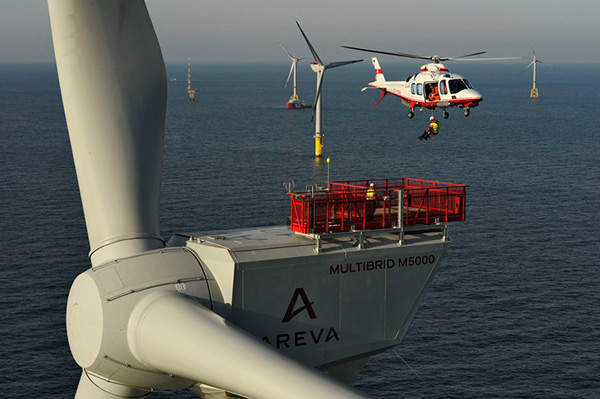 Borkum West II is a 400mW offshore wind farm under construction in Germany. It is located 45km offshore the Borkum island, spread over 56km² of the North Sea waters. It is the first of its kind offshore wind project in Europe, being developed by a group of municipal utilities.

Trianel Windkraftwerk Borkum, a company formed by four municipal utilities in Germany, is the developer of the project. The €1bn ($1.24bn) project will produce approximately 1,200GWh per annum, meeting the electricity needs of 400,000 households. It will save seven tonnes of CO2 emissions per year.

"The €1bn project will produce approximately 1,200GWh per annum, meeting the electricity needs of 400,000 households."

The Federal Maritime and Hydrographic Agency granted approval for the offshore wind project in June 2008. The wind farm will consist of 80 wind turbines of 5mW each, the installation of which has been phased out into two, due to the financial crisis.

Construction on the first phase, consisting of 40 turbines, commenced in September 2011 and is expected to be completed in the second quarter of 2013. The second phase comprising 40 turbines is scheduled for completion in 2014.

Financing for the municipal offshore wind farm near the Borkum Island

The project achieved financial closure in December 2010, with approved loan of €550.5m by a group of 11 banks. It includes €470m of long-term loan from European Investment Bank and NRW Bank. Dexia provided loan guarantees, while UniCredit Bank served as the credit and collateral manager.

The European Commission granted €40m funding for the first 20 tripod structures of the project in December 2009, under its European Energy Programme for Economic Recovery (EEPR).

The wind farm produces power at wind speeds of 25m/sec without interruption, even during heavy storms. An offshore substation will be built near the wind farm, with the jacket and topsides fabricated and installed by Alstom.

"The wind farm produces power at wind speeds of 25m/sec without interruption, even during heavy storms."

A 65km-long subsea cable will transmit the power generated by the turbines to the island of Norderney onshore. The substation will further feed it into Germany’s national grid.

Construction of the offshore wind project

The turbines will rest on three-legged tripod jackets connected to a foundation. The foundations will be laid at approximately 30m water depth, with steel piles joining the turbines with tripods.

The turbine components are delivered at Eemshaven near Borkum, where they are assembled and carried to the offshore site by barges and installed by using cranes.

Trianel awarded a contract to SGS to assist in achieving the statutory approvals for the project, in May 2008. The contractual scope also includes construction supervision.

The piles and turbines are being installed by a joint venture of Nordsee Nassbagger und Tiefbau and GeoSea. The respective contract was awarded in August 2010 and is worth €70m. GeoSea is using its jack-up barge Goliath for installing the offshore foundation structures.

A contract to supply, commission, test and maintain 40 offshore turbines, with an option for 40 more turbines, was awarded to Areva. The contract, valued at €400m, was signed in December 2010. The turbine model being supplied is the MultiBrid M5000.

The topsides and substructure of the offshore substation are being commissioned by Alstom Grid, as part of a contract awarded in February 2011. The company is also supplying the electrical system for the substation under a different contract. WeserWind is a subcontractor to Alstom.

The subsea cables for the wind farm are being supplied by Norddeutsche Seekabelwerke. The installation is planned to be done by the company’s NOSTAG ten ship, under a €22m contract signed in February 2011.

Other contractors involved in the project are SgurrEnergy (contracted in June 2011) as the lender’s engineer, and the joint venture of Noble Denton and Germanischer Lloyd for technical assistance and project management (contract awarded in November 2009).

Downer EDI, an engineering company based in Australia, has been granted a development contract for $350m Boco Rock wind farm in New South Wales (NSW) along with its consortium partner GE Australia.