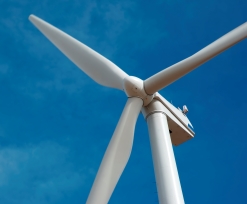 Wind energy project investments are also expected to rise to $101bn in 2020, which had been $70bn in 2013, according to a report revealed by research and consulting firm Global Data.

The increments in investments are likely to affect the demand for wind turbine components as well, which is expected to rise, the agency stated.

Nearly 11% of gearboxes, 48% of rotor blades and 43% of generators were produced in-house by the wind turbine manufacturers in 2013.

In 2006, the in-house manufacturing figures were around 10% of gearboxes, 62% of rotor blades and 37% of generators, the report indicates.

"Some of the major manufacturers, such as Enercon and Vestas, prefer to develop components within their business structure, to avoid issues with quality control and design confidentiality."

"Overall, component costs are decreasing as a result of reduced raw material prices. We therefore predict a low growth rate for the wind turbine components market over the forecast period, despite wind power investment seeing a significant increase by the end of 2020," Tanikella informed.

Image: The report finds that future demand growth will increase worldwide investment in wind energy projects to $101bnby 2020 from $70bn in 2013. Photo: Courtesy of GlobalData.