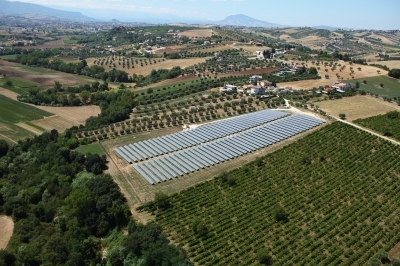 Canadian Solar’s subsidiary Recurrent Energy has entered into an agreement with Southern Power to acquire controlling interest in the 200MW Tranquillity Solar Power Project in California.

The agreement entails that Southern Power will acquire 51% of the solar project and Canadian Solar will retain its 49% ownership and contribute its share of investment needed for the completion of the project.

The solar power project has been developed by Recurrent Energy and is currently under construction.

The solar power generation project, which covers an area of 1,900 acres in Fresno County, is fully financed through a construction and back-leveraged loan facility with a consortium of six banks.

The Tranquillity solar project is slated to become operational in the fourth quarter of 2016.

Signal Energy Constructors will provide engineering, procurement, and construction services for the project. The project is expected to power approximately 55,000 homes with solar energy.

The solar project will generate the electricity and associated renewable energy credits (RECs) which will be sold to Southern California Edison under a 15-year power purchase contract.

“This transaction is another example of solar power’s move into the mainstream energy mix, and it shows our broader team’s ability to attract top notch investors to finance our high-quality projects.”