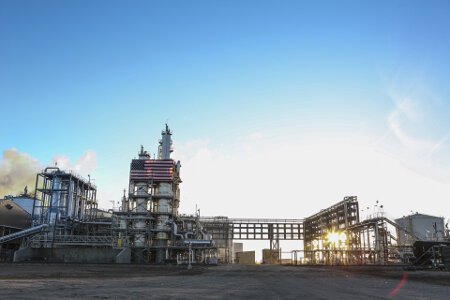 Abengoa has opened its first commercial-scale cellulosic ethanol plant in Hugoton, Kansas, US.

The plant employs Abengoa’s enzymatic hydrolysis technology, which turns biomass into fermentable sugars that are then converted to ethanol.

It will produce around 25 million gallons of cellulosic ethanol annually, curbing 132,000 metric tons of carbon dioxide.

The cellulosic ethanol produced at ABBK facility will be sold into the ethanol commodity market and used to fuel light duty vehicles.

The facility features an electricity cogeneration component which will generate 21MW of energy, enough to power itself and provide excess renewable power to the local Stevens County community.

Earlier in 2011, Abengoa secured a $132m loan guarantee from the Department of Energy’s (DOE) Loan Programs Office to support construction of the facility.

The company has also received a $97m grant from the DOE’s Office of Energy Efficiency and Renewable Energy before the loan guarantee was awarded.

Abengoa CEO Manuel Sánchez Ortega said: "The Hugoton plant opening is the result of 10 years of technical development, roughly 40,000 hours of pilot and demonstration plant operation, and the support of the DOE.

"This is a proud and pivotal moment for Abengoa and for the larger advanced bioenergy industry – and further demonstrates our longstanding commitment to providing sustainable energy alternatives in the United States. This would have been simply impossible without the establishment of the Renewable Fuel Standard."