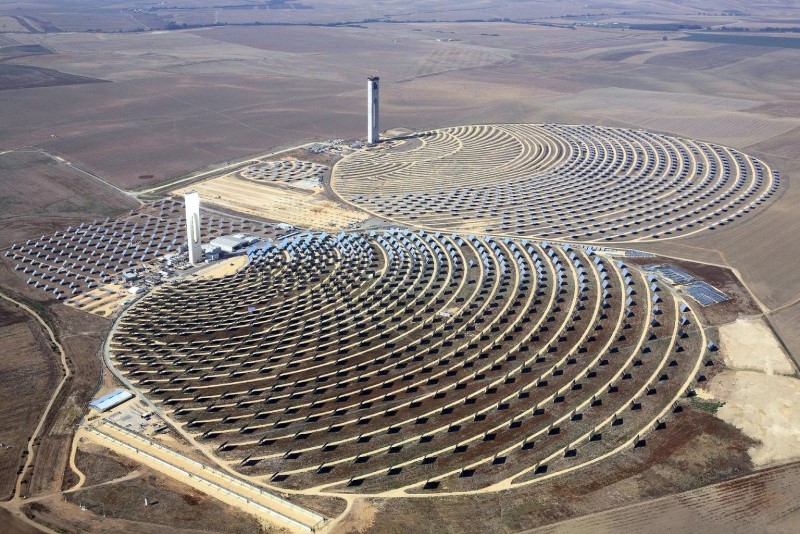 Global concentrated solar power (CSP) capacity is expected to grow by 16.8 GW between 2019 and 2030, according to a recent report by GlobalData.

In the report – entitled, Concentrated Solar Power (CSP) Market, Update 2019 – Global Market Size, Market Segmentation, Competitive Landscape and Key Country Analysis to 2030 – the analytics company also reported that China is expected to take over from Spain as the largest CSP market. Global CSP capacity is estimated to grow significantly from 5.6 GW in 2018 to 22.4 GW in 2030.

Most of the capacity addition during this period is estimated to come from China, Chile and countries in Middle East Africa (MEA) region.

China plans to add around 400-500 MW on an average each year and Chile will add over 2 GW during 2019–2030 according to the report. China completed around 200 MW of CSP installations in 2018 which is almost 7 times its cumulative installed capacity at the end of 2017. China along with Morocco is among the largest CSP markets based on annual additions in 2018. The first CSP plant in China was commissioned in 2011 with a capacity of 200 kW. With only three other plants commissioned during 2012–2017, the total capacity in China remained very low at 26.2 MW by the end of 2017. In 2018, six more plants were expected to be commissioned from the 1st batch of 20 demonstration projects. However, only three plants were commissioned increasing the capacity to 226.2 MW, and the rest of the projects are nearing completion. China announced 20 CSP projects as part of the 1st batch of demonstration projects in September 2017. The projects were initially scheduled to start by 31 December 2018. As per the National Development and Reform Commission (NDRC) the projects completed as per the deadline will get a feed-in tariff (FIT) of RMB 1.15/kWh ($0.172/kWh). However, in May 2018, the deadline for the same was extended until 2020, but with a price reduction mechanism. China is also planning to launch the 2nd batch of demonstration projects in the southwestern parts of China where there is high DNI.

The report reveals that China is set to become the country with the largest CSP capacity by the end of 2024, exceeding Spain which has held that position for a long time.

Early development of technology, industry value chain and government support in the form of FIT made Spain the leader in the CSP market and its market has remained stagnant after it phased out its attractive price mechanism. Countries in MEA, mainly, Morocco and South Africa had a significant increase in installed capacity during 2011–2018. MEA countries such as Morocco, South Africa, Saudi Arabia, UAE and Israel will continue to play a major role in future years.

Morocco had set an ambitious target of sourcing 42% of total installed capacity from renewables by 2020. In order to achieve its renewable target, the country developed a plan for solar power. According to the plan, the country will source 2 GW from solar by 2020. Moroccan Agency for Sustainable Energy (MASEN) will lead the solar programme in the country and it focused on Noor solar programme developing CSP projects at a site at Ouarzazate. In Morocco, CSP projects are developed under the stewardship of MASEN on an IPP basis using the long-term build, own, operate and transfer (BOOT) model. MASEN generally owns 25% of the IPP project with the developer taking the remaining 75% ownership. As the country is in line to achieve its 2020 targets, it raised its target to 52% from renewables by 2030.

Chile will be another major country which will have significant capacity additions in future. The country does not have any CSP capacity. The first CSP plant in the country, Cerro Dominador CSP plant is under construction and is expected to be online in 2020. The Cerro Dominador CSP plant is a power tower design with an installed capacity of 110 MW. The construction and operation of the plant have been contracted to Abengoa Solar SA. In order to promote renewables (includes CSP); Chile introduced a series of technology-neutral auctions to meet its overall goal of 20% renewable of the national energy mix by 2025. The average contracted price plummeted 75 per cent since the first tender in 2013. The average bid price dropped from $129/MWh in 2013 to $32.5/MWh in 2017. In 2015 auction, renewables won 100% of the tendered contracts for the supply of 1,200 GWh at an average price of $79.3 (EUR 72.3) per MWh. A CSP producer offered an unexpectedly low price for CSP power helped by energy storage in this tender. Around 39 GWh of CSP was contracted at an average price of $97/MWh. In October 2017, another round of renewable auction takes place in the county. The bid of Solar Reserve was less than $50/MWh for 24-hour solar– the lowest bid on record for a CSP project. CSP has seen impressive cost reduction in recent years and is expected to grow in the future.