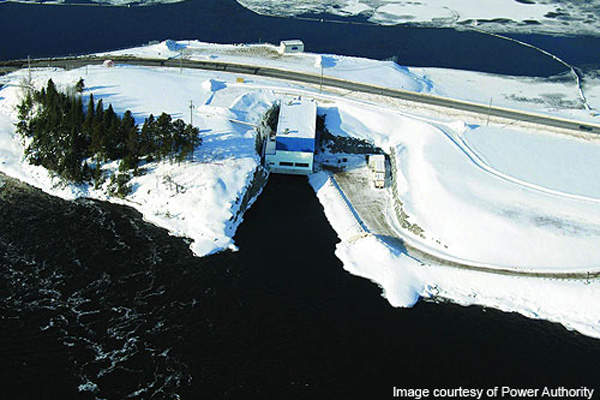 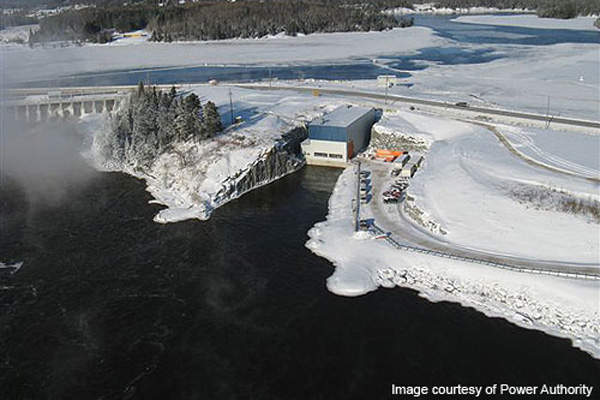 The plant is operated by Ontario Power Generation and is an extension of the Ear Falls power plant. 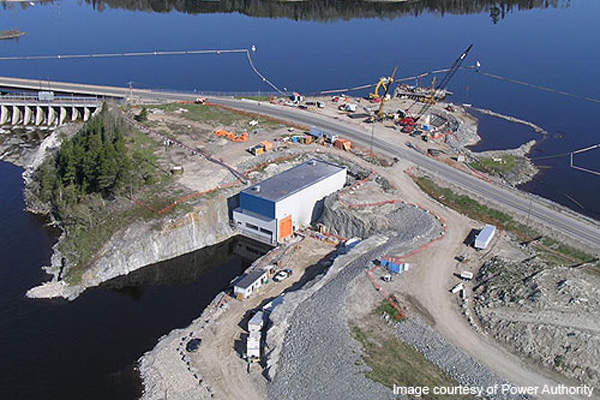 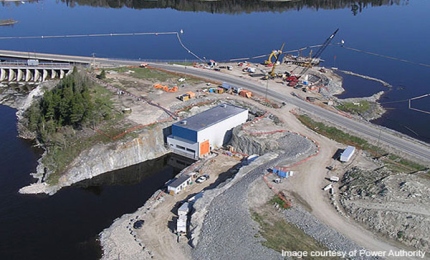 The Lac Seul hydroelectric power plant, at the outlet of the Lac Seul reservoir on the English River in Ear Falls in the Canadian state of Ontario, has an installed capacity of 12.5MW.

It is situated next to the existing Ear Falls hydroelectric power plant and is also known by its aboriginal name ‘Obishikokaang Waasiganikewigamig’, meaning White Pine Narrows Generating Station, in the Ojibway language.

Built as an extension of the Ear Falls plant, the $47m Lac Seul facility is operated by state-owned utility Ontario Power Generation (OPG). The two plants have a combined capacity of 29.3MW.

Construction started in January 2006 and commercial operations began in February 2009. The plant generates 52 million kW of clean, renewable energy every year, which is sufficient to power 5,000 annually.

When operating under full load, the plant passes 150m³/s of water. Excess water flowing from the existing Ear Falls plant is used by the Lac Seul plant to make optimal use of the river water.

The turbine and the generating equipment of the plant is installed in a powerhouse. The plant also houses a water intake building and a short tunnel. This consists of a gravity-dropped headgate that cuts off the water flow into the tunnel during emergencies and allows access to the tunnel by isolating it.

Small rocks in the flowing water are caught in rock traps fitted in the intake building and the tunnel, and are prevented from passing through the turbines. Damage to the powerhouse unit is prevented by installing trashracks at the beginning of the water passage to stop large debris from entering the tunnel.

The powerhouse features a 12.5MW double-regulated pit turbine, which operates under a rated net head of 9.78m and flow rate of 139.45m³/s.

A 13.6MVA, 133rpm generator with 54 field poles is connected to the turbine. The output voltage of the generator is 13.8kV, which is increased to 115kV in the main output transformer.

Heat dissipated from the open frame air-cooled generator is reused to warm the powerhouse, while a duct conveys the process air outside in order to cool the powerhouse in the summer.

Preliminary construction works included site clearance and blasting for the powerhouse unit. Approximately 10,000m³ of concrete was used to build the powerhouse and intake building.

The natural bedrock formation under the Highway 105 was blasted and a new 68m-long tunnel was drilled to convey water to the new plant. The inverted D-shaped tunnel has a base width of 8m and height of 10m, and is stabilised with hundreds of rockbolts.

Concrete has been used to line the floor of the tunnel to enable easy access and maintenance, although the rest of the tunnel is unlined.

After watering up the generating unit, the plant was tested on 3 December 2008 and synchronised to the grid five days later. The peak construction phase employed 140 workers at the project site.

“The generated electricity is transmitted across the Ear Falls dam through 500m-long cables.”

The generated electricity is transmitted across the Ear Falls dam through 500m-long cables, which connect the transformer and electrical output system of the Lac Seul plant to the existing Ear Falls switchyard.

SNC Lavalin Power Ontario served as the general contractors for the project under a turnkey engineering, procurement and construction (EPC) contract.

Canada is the world’s second biggest producer of hydroelectricity after China, and produces 10.8% of all the hydroelectric power generated in the world.

Ontario has an installed generation capacity of 33,771MW and hydroelectric generating stations contribute 24% of its energy production, with a total installed capacity of 8,119MW.

Ontario plans to be coal free by the end of 2014 and plans to increase its hydroelectric capacity to 9,300MW by 2025. OPG operates 65 hydroelectric stations and 240 dams on 24 river systems in the state. Hydroelectric power plants generated 32.8TW/h of electricity in the state in 2013.