With an installed capacity of 270MW, South Kent Wind Farm is the biggest wind farm in Canada. Image: courtesy of Pattern Energy. 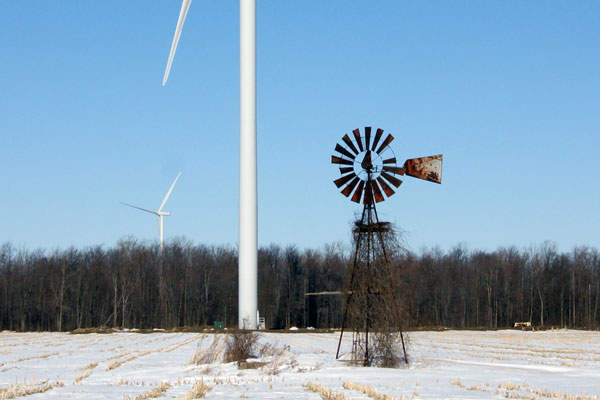 The wind farm is located in the Chatham-Kent municipality of Ontario and is owned by Pattern Energy and Samsung Renewable Energy. Image: courtesy of Pattern Energy. 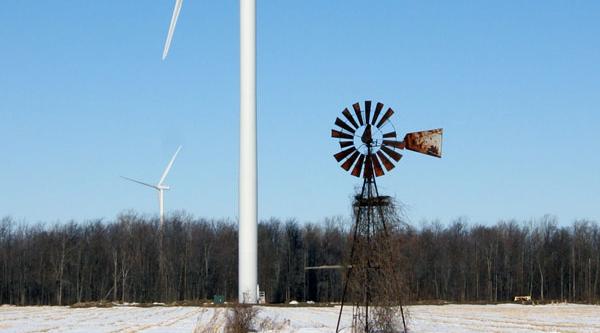 The project is owned by a 50:50 joint venture (JV) of Pattern Energy and Samsung Renewable Energy, and was financed through $700m debt from 15 banks.

The wind farm is expected to produce enough clean energy to power approximately 100,000 homes in Ontario annually and is estimated to offset 842,000t of carbon dioxide emissions per year.

One of the world’s biggest windpower generators spread across Barnes, Griggs and Steele counties of North Dakota, US.

The wind farm is located between the towns of Tilbury and Ridgetown to the south of Highway 401, near the shores of Lake Erie in Ontario. It is spread across 68,000 acres of land made up of 165 private land parcels obtained through long-term lease agreements with the landowners.

The wind farm is installed with 124 Siemens SWT-2.3-101 wind turbines rated at 2.3MW each. The three-bladed turbines have a rotor diameter of 101m and rotor speed varying from 6rpm to 16rpm. Each blade is 49m long and is made of fibreglass reinforced epoxy.

The gearbox system has a three-stage planetary/helical type design and is fitted with sensors to monitor temperature, vibration levels and oil pressure. The turbine tower height to the blade tip is 150m.

The turbines rest on concrete foundations with a transformer installed at the base. Electrical and mechanical components required for the production of electricity are located in the nacelle.

The turbines are equipped with WebWPS SCADA system which allows remote access and control of data relating to mechanical and electrical operations, weather, grid station and potential damage.

The wind farm development began with site preparation and construction of 70km of access roads linked to Highway 401 between Tilbury and Ridgetown from the west and east in Ontario.

It was followed by installation of 283km of electrical cable and 124 wind turbines. The turbine towers were erected using an LG1750 lattice-tower mobile crane as well as RT and AT erection cranes. Electrical power required during the plant construction and commissioning phase was produced by portable generators.

The construction workforce was recruited from the local area in Ontario. Manufacture and assembly of the turbine components, installation, project operations and other major works were executed in Ontario.

"The collection system collects and delivers the power generated from the turbines to the Sattern and Railbed substations, where a transformer increases the voltage from 34.5kV to 230kV."

The collection system collects and delivers the power generated from the turbines to the Sattern and Railbed substations, where a transformer steps up the voltage from 34.5kV to 230kV. A 34km-long, 239kV transmission line transmits electricity from the two substations to the Hydro One transmission grid at the existing Chatham switching station.

The electricity is purchased by the Ontario Power Authority under a 20-year power purchase agreement (PPA).

RES Canada served as the general contractor of the project and oversaw the project management of the construction activities. Hatch was contracted to provide engineering and environmental services for the wind farm.

The wind turbines were supplied by Siemens Energy and the turbine blades were manufactured at its Tillsonburg facility. Surespan winstalled the turbines employing its new LG1750 lattice-tower mobile crane to execute it.

The turbine towers were manufactured by CS Wind using Ontario-made steel at its facility in Windsor. The acoustical barriers installed within the transformers in the substations were supplied by Armtec.

With soaring coal and oil prices, growing demand for electricity and many of its current power plants approaching retirement, Canada has begun taking advantage of its huge landmass and lengthy coastlines to install vast wind farms.

Canada produced 7,803MW of windpower in 2013, which is approximately 3% of the nation’s electricity demands and enough to meet the needs of over two million homes.

Ontario is the leader in clean wind energy generation in Canada, with more than 2,400MW of installed capacity and 1,328 turbines. Ontario produced more electricity from wind than coal in 2012 and will be the first jurisdiction in North America to do away with coal as an electricity generation source by the end of 2014.