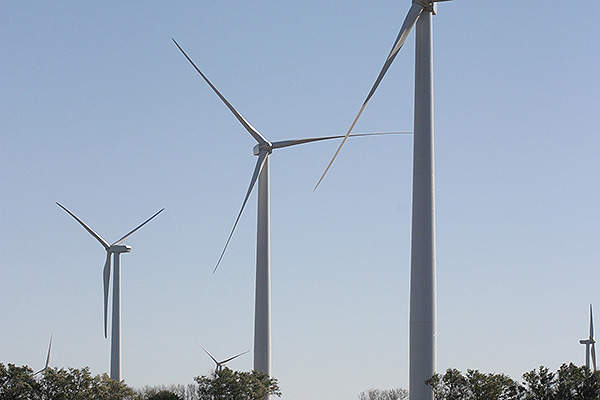 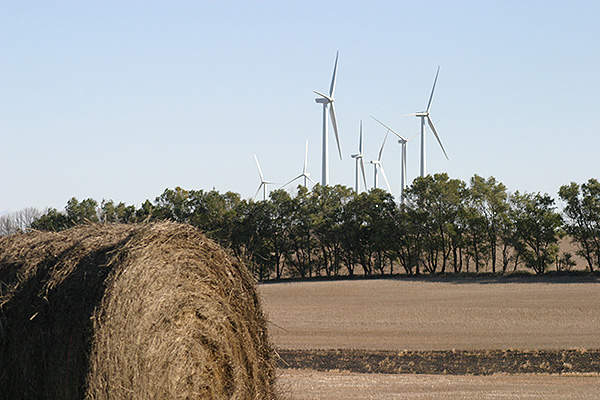 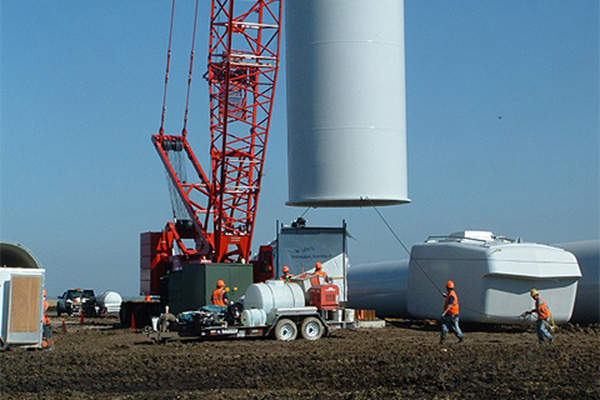 The turbine base being guided onto the foundation. 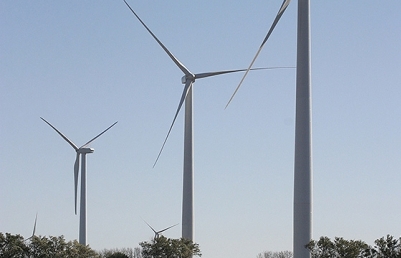 Ashtabula I, II and III wind energy centres were developed by NextEra Energy Resources, one of the world’s biggest wind power generators and spread across Barnes, Griggs and Steele counties of North Dakota, US.

The 378MW energy centre comprises of the three wind farms, which were commissioned between 2008 and 2010.

The clean electricity generated by the centres is enough to power approximately 99,000 households.

Details of the Ashtabula wind farms

Located in Nobles County, south-west Minnesota, US, it is the second biggest wind farm in the area.

The wind power facility comprises a total of 250 wind turbines supplied by GE. The turbines stand 260ft tall from the ground to the hub centre, with 82.5m rotor diameter and 120ft blade length. The cut-in and cut-out wind speeds of the Ashtabula turbines are 8mph and 56mph respectively.

The 196.5MW Ashtabula I plant started commercial operation in 2008. Spread across 77 square miles in Barnes County, it consists of 131 GE 1.5MW turbines. NextEra owns and operates 99 turbines that have a combined capacity of 148.5MW in the wind farm, while the remaining 32 turbines (48MW) are owned by Otter Tail Power Company.

The 120MW capacity Ashtabula II plant was commissioned in 2009. It spans across Griggs and Steele counties and installed with 80 GE turbines, each with a capacity of 1.5MW.

"Electricity generated by the Ashtabula I is transmitted through a 9.5mile, 230kV transmission line connected to Pillsbury substation."

Electricity generated by the Ashtabula I is transmitted through a 9.5mile, 230kV transmission line connected to Pillsbury substation, where Minnkota Power Co-operative transmits it further to a substation at Maple River.

Transmission lines were laid by MJ Electric. Minnkota buys the power generated from Ashtabula I as part of a 25-year power purchase agreement with NextEra, as well as 69MW from Ashtabula II. The remaining 51MW is supplied to Great River Energy.

Power generated from Ashtabula III is entirely transmitted to the Pillsbury substation. Otter Tail Power Company signed a 25-year contract with NextEra Energy Resources to buy 62.4MW of power from the Ashtabula III power plant in 2013.

Construction of the wind farm started in June 2008 with the excavation works for the access road.

Bases for the turbine foundations were dug using backhoes and two rows of steel bolts were arranged in the concrete base, in order to fit into the holes in the turbine tower foundations. These were completed by pouring concrete into a steel cage involving 40,000lb of reinforcement for each turbine tower. Each of the turbine towers that came in three sections was assembled using cranes.

An operations and maintenance office and a collector substation are also part of the infrastructure at the wind farm.