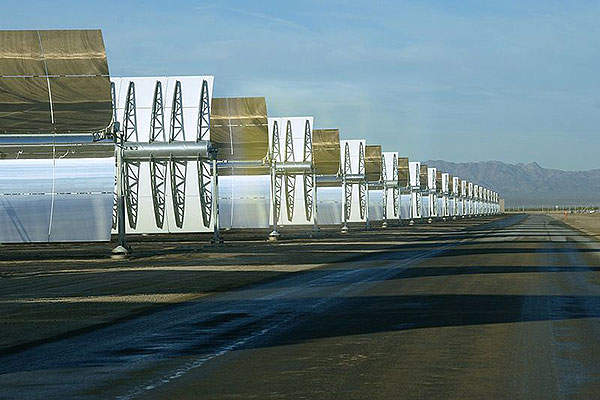 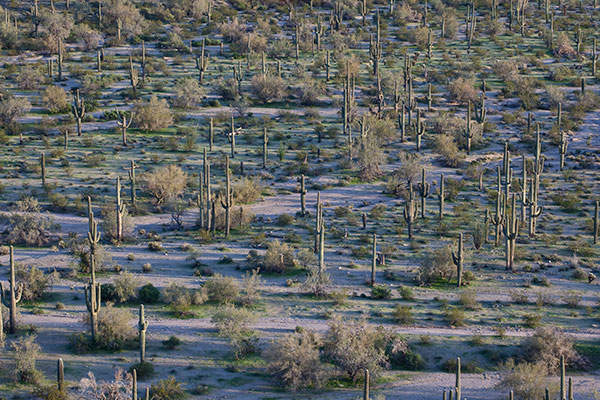 The concentrating solar power plant is located on a 1,950-acre site located 25 miles west of Blythe, California. Image: courtesy of the Bureau of Land Management. 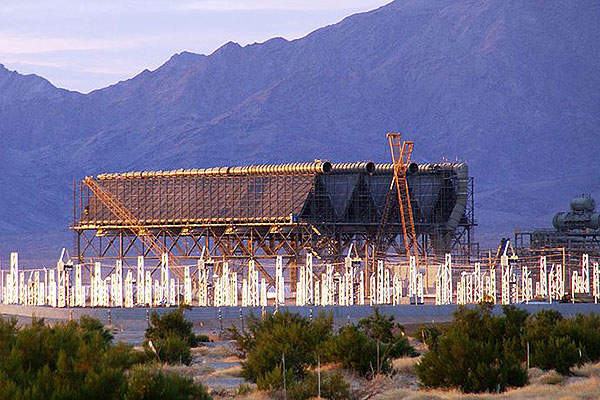 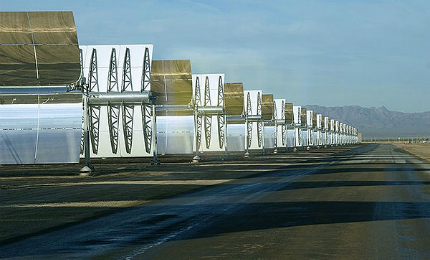 It comprises two independent generating units with an output of 125MW each. The units are incorporated with parabolic trough concentrating solar power technology.

The solar power facility was commissioned in April 2014 following a dedication ceremony. It is expected to deliver 560GWh of clean energy a year, which is enough to meet energy demands of 88,000 Californian households. It is also anticipated to offset 393,000t of carbon dioxide emissions every year.

Approximately 1,700 workers were employed during construction phase of the project, and 47 full-time jobs were created upon completion.

"The facility is expected to deliver 560GWh of clean energy a year, which is enough to meet energy demands of 88,000 Californian households."

The Genesis solar project development was initiated in 2007. California Energy Commission (CEC) approved the license for the project in September 2010, and the Bureau of Land Management (BLM) granted right-of-way in December 2010.

Construction started in January 2011, but was interrupted twice. Archaeological findings at the site in 2011 delayed the project, while a monsoon desert storm in 2012 further interrupted work. The two generating units of the plant became operational in November 2013 and March 2014 respectively.

Genesis Solar, a subsidiary of NextEra Energy Resources, closed $935m of financing for the project in August 2011. The US Department of Energy issued a partial loan guarantee of $852m, comprising $702m in project bonds, and a $150m project term loan facility, under the Financial Institution Partnership Program (FIPP).

The site for the facility is a 1,950-acre (789ha) land managed by the BLM. It is located approximately 25 miles (40km) west of Blythe, California, in an undeveloped part of the Sonoran Desert that was previously used for grazing and off-highway vehicle recreation.

McCoy Mountains lies to the east of the facility, while the Palen Mountains are in the north. The dry lakebed of Ford Dry Lake and the Interstate-10 (I-10) highway lie to the south.

Technology used in the solar field

The plant is expected to generate 500,000MWh of renewable electricity annually, which will be sufficient to supply 75,000 households.

The solar field at the CSP plant consists of 1,840 SenerTrough model solar collector assemblies (SCAs) arranged in 460 loops. Its outlet temperature is 740°F. The SCAs comprise more than 600,000 parabolic-shaped RP3 mirrors or reflectors that capture and concentrate sunlight to heat synthetic oil. Therminol VP-1 is the heat-transfer fluid (HTF) used at the plant.

Heated oil transfers the heat to water to generate steam, which is transferred to the onsite steam turbines through pipes. The steam drives the turbines to produce electricity for transmission.

Used steam is condensed into water and reused for the power generation process by a dry cooling method using an air-cooled condenser system. The dry-cooling method is expected to reduce groundwater usage from 1,600 acre-feet to 200 acre-feet a year.

Associated infrastructure at the plant

Pacific Gas and Electric Company purchases the entire power generated by the plant under a long-term power purchase agreement signed in October 2009.

Key players involved with the project

Blattner Energy served as construction manager for the solar power project. Its scope of work included managing and coordinating construction works, design and engineering, review of permitting and plans, procurement and delivery of material, and commissioning and start-up operations.

The two-year permitting process was handled by Tetra Tech, a company based in Pasadena. The company prepared supporting documents, coordinated with CEC and BLM, and also managed the environmental construction compliance phase.

ARB Industrial was the contractor responsible for all mechanical and piping works. Their scope of work included erection and alignment of all the pylons, assembly and installation of solar collector elements, fabrication and installation of heat collector tubes, and all underground piping.

Sener manufactured the solar collector assemblies, while Flabeg US Solar was the mirror supplier for the SCAs. Solutia provided the heat-transfer fluid. The project also involved more than 60 subcontractors based in California.