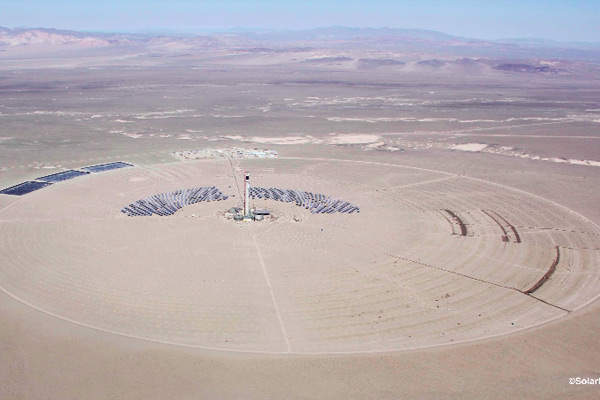 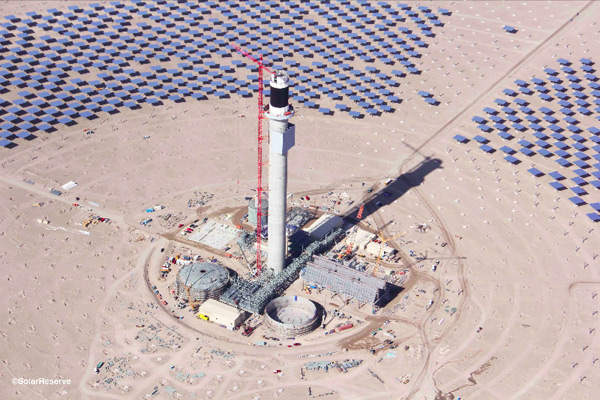 The solar power plant will generate 500,000MWh of electricity, sufficient to provide for 75,000 houses. Image courtesy of SolarReserve. 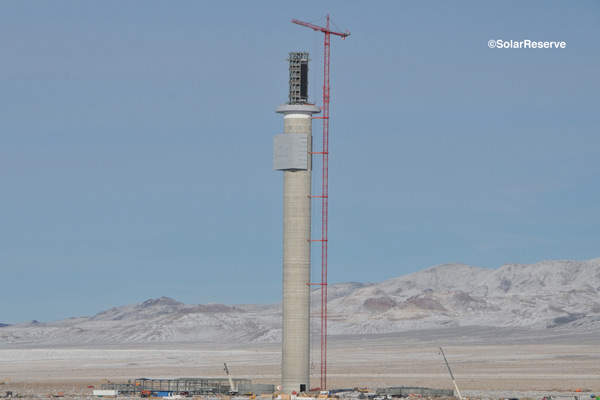 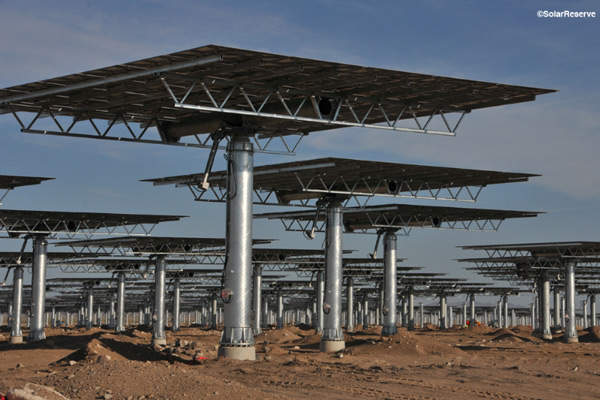 The solar radiation will be reflected to the central receiving tower using 17,500 heliostat field mirrors. Image courtesy of SolarReserve.

The 110MW Crescent Dunes Solar Energy Project is being developed near Tonopah, Nevada, US.

It is expected to be the world’s largest concentrated solar power (CSP) station and the first commercial-scale CSP in the US integrated with energy storage.

The plant is expected to generate 500,000MWh of renewable electricity annually, which will be sufficient to supply 75,000 households. It is expected to reduce 290,000t of CO2 emissions per annum.

The US Department of Interior approved the Crescent Dunes CSP project in December 2010. The project is being constructed in approximately 650h of public land. The project is administered by the US Bureau of Land Management and is expected to be operational for 30 years.

"It is expected to be the world’s largest concentrated solar power (CSP) station."

The central tower at the plant receives the solar radiation reflected by 17,500 heliostat mirrors. Electricity will be generated using a conventional steam turbine. The tower is equipped with separate thermal storage tanks for storing liquid salt heat transfer fluid in hot and cold states. It will also include a hybrid cooling system with an air-cooled condenser.

Infrastructure facilities at the Crescent Dunes plant include awater treatment system, buildings, a parking area and an access road.

The central receiver tower consists of tubes filled with molten salts. The CSP technology heats the molten salt using the solar radiation reflected by the heliostat mirrors. The heated molten salt is then stored in a large insulated tank.

The molten salt is heated under different heat exchangers to generate quality superheated steam. The steam will then be transferred to a conventional turbine for electricity generation.

Additional ten-hour power can be generated using the surplus thermal energy stored in the molten salts.

The construction activity commenced in September 2011 and is expected to be completed by the end of 2013. The project will begin commercial operations from 2014.

"The 540ft tall solar power tower at Crescent Dunes project is the tallest in the world."

The 540ft tall solar power tower at Crescent Dunes project is the tallest in the world. It was erected in February 2012.

NV Energy will purchase 480,000MWh of electricity per annum for 25 years under a power purchase agreement.

Anaconda Moly 230kV substation Expansion Project is being undertaken to interconnect the 110MW Tonopah plant to the Anaconda 230kV substation, which is owned by Sierra Pacific Power.

The US Department of Energy (DoE) provided a loan guarantee of $737m to Tonopah for constructing the solar power plant.

The engineering, procurement and construction contract was awarded to Nevada-based Cobra Thermosolar. The contract for supplying molten salt thermal energy system parts was given to Pratt & Whitney Rocketdyne.

US-based solar energy company Sunrun has secured funds to invest in its solar energy portfolio through purchase and installation of more than $630m in home solar projects across the country.