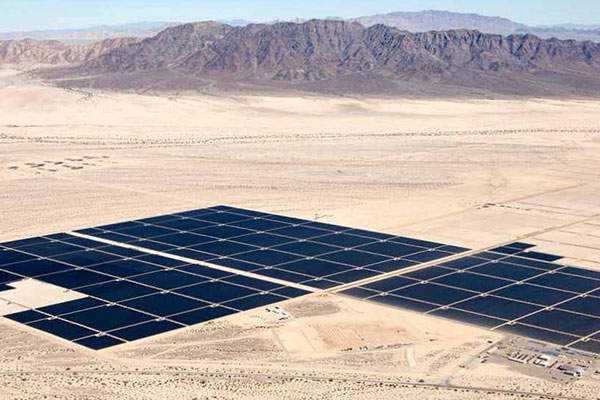 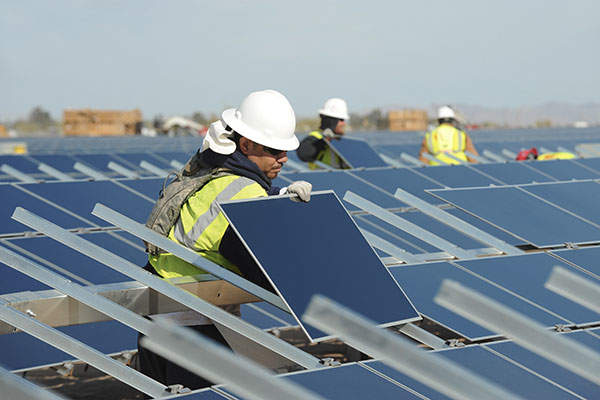 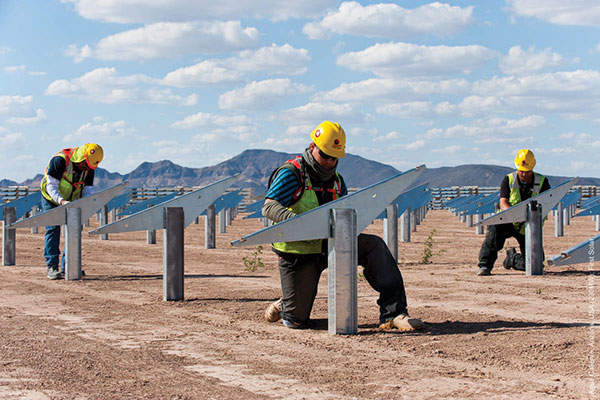 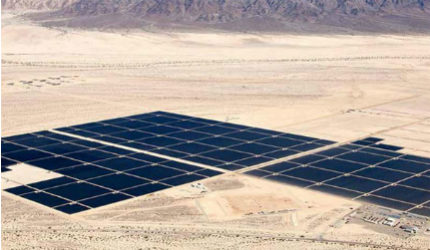 The 550MW Desert Sunlight photovoltaic (PV) solar farm is located six miles north of the rural community of Desert Center, Riverside County, California. It is built on approximately 4,100 acres of land managed by the US Bureau of Land Management (BLM).

The project was conceptualised by FirstSolar in 2008 and was approved in August 2011. Construction started in September 2011 and commissioning was completed in February 2015.

The solar power plant was developed and is being managed by FirstSolar. It is co-owned by NextEra Energy Resources (50%), NRG Yield Operating (25%) and Sumitomo Corporation of America (SCOA, 25%).

NRG Yield, through its subsidiary NRG Yield Operating, entered into an agreement with GE Financial Services to acquire the latter’s 25% share in the project in June 2015.

The world’s largest concentrating solar power (CSP) plant, with an installed capacity of 280MW, is being constructed at Gila Bend in the state of Arizona, US.

The power plant is capable of generating 1,060GWh of electricity a year, which is sufficient to serve 160,000 homes in California and equivalent to offsetting 300,000t of carbon dioxide emissions a year compared to the use of fossil fuels.

The project supports the state’s target to generate 33% of power from renewable resources by 2020. It created approximately 550 construction jobs, 15 permanent jobs, and a gross indirect local economic benefit of $336m for the Riverside County.

Under two separate power purchase agreements (PPA), 300MW of renewable electricity from the photovoltaic solar farm is delivered to Pacific Gas & Electric (PG&E), while the remaining 250MW is delivered to Southern California Edison (SCE). The PPAs are valid for 25 years and 20 years respectively.

"The PV modules installed at the farm do not require water for electricity generation or cleaning, and generate no air emissions or waste."

The transmission infrastructure at the site covers an area of 230 acres, whereas the new Red Bluff substation complementing the farm covers an area of 90 acres. The latter was constructed and is owned and operated by SCE.

The PV modules installed at the farm do not require water for electricity generation or cleaning, and generate no air emissions or waste. They were manufactured at FirstSolar’s Mesa facility.

"The power generated by the PV modules is collected using wire harnesses and combiner boxes."

The power generated by the PV modules is collected using wire harnesses and combiner boxes. Power is fed to the PCS using underground direct current cables. It is then transferred via a 34.5kV overhead collection system, supported by wooden poles, to the onsite substation.

Financing for the photovoltaic solar farm

The US Department of Energy (DOE) partially guaranteed $1.46bn loans under the Financial Institution Partnership Programme (FIPP). The loans were provided by 14 different institutions, led by Goldman Sachs Lending Partners and Citigroup.

Tetra Tech assisted BLM in preparing the environmental impact statement (EIS) report for the project. Paleontological services for the project were rendered by Paleo Solutions. The economic benefits study was assessed by Coachella Valley Economic Partnership and The Brattle Group.