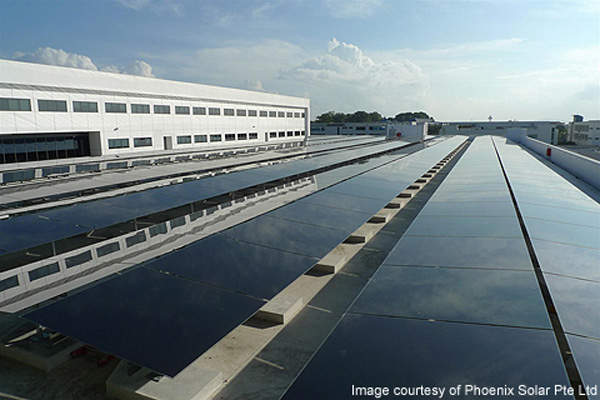 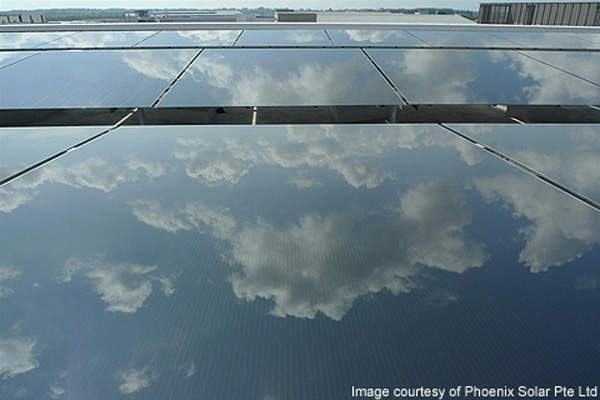 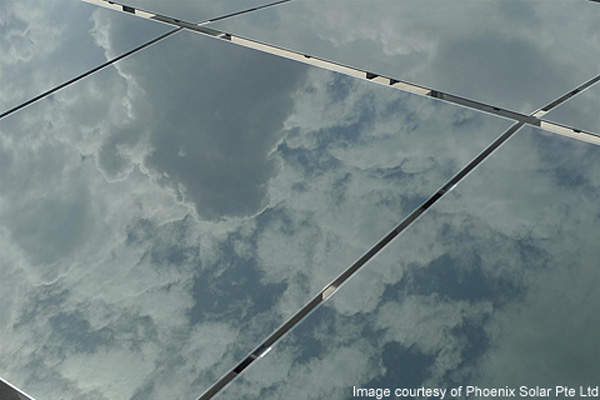 With a surface area of 5.7 square metres each, the modules are the world’s biggest and most powerful mass-produced solar modules. 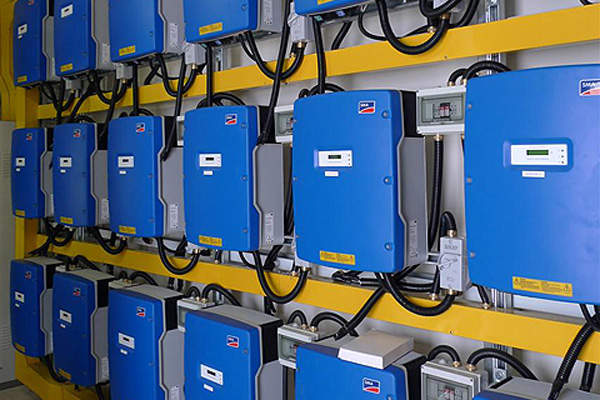 Inverters at the plant convert the DC electricity to AC. 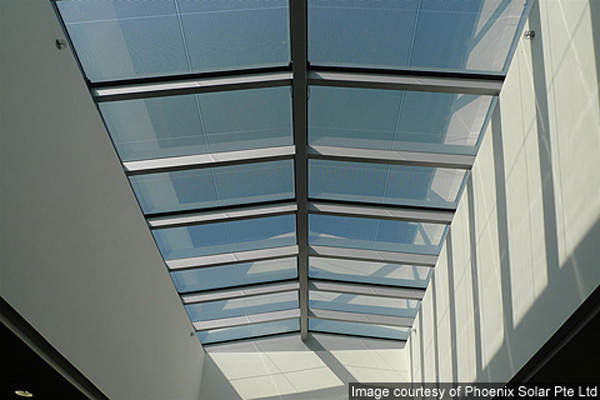 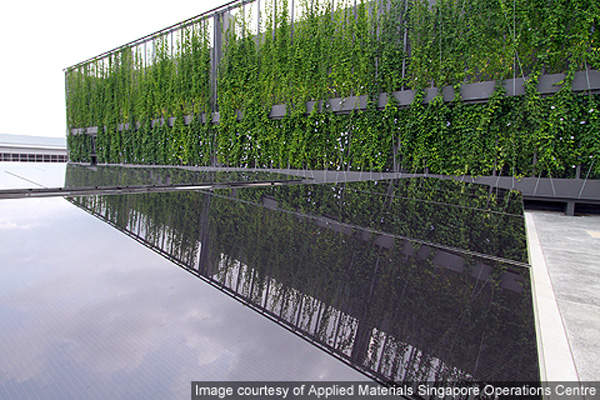 The plant has an installed capacity of 400kWp. 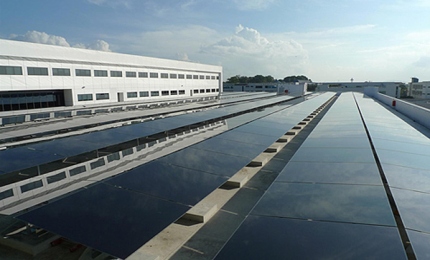 The PV panels are installed on the rooftop of the 32,000m² Singapore Operations Centre of Applied Materials, a leading provider of nano-manufacturing technology. This centre is Applied Materials’ first facility in Asia.

A grid connection for the plant was achieved in March 2010 and the official inauguration was held the following month.

The plant generates 500,000kWh of electricity per year and can supply power to 100 four-room apartments. It also offsets approximately 250,000kg of carbon emissions annually.

"The plant generates 500,000kWh of electricity per year and can supply power to 100 four-room apartments."

Large-scale 380.74kWp tandem modules were used to build the plant. Each thin film module weighs 105kg and has a thickness of 8mm.

Measuring 2.2m x 2.6m, the modules have a surface area of 5.7m² each and are four times bigger than the largest thin film solar production panels used until then. They were also the world’s biggest and most powerful mass-produced solar modules at that time. A reduced use of module clamps and cable connections ensures that the panels are cheaper and quicker to install.

In addition to the 380.74kWp tandem junction modules, the plant is also equipped with 4.8kWp semi-transparent thin-film BIPV modules in four roof skylights to allow natural light into the building. This, along with additional 14.4kWp multi-crystalline modules, increases the peak output of the plant to 400kWp.

The ground-mounted Agua Caliente Solar farm is located in the east of Yuma County, Arizona, US.

The integrated photovoltaic (BIPV) modules are customised to suit the building façade’s design and have a power output warranty for ten years. They are fitted with Schott Solar’s ASITHRU PV laminates and the eco-friendly BIPV modules minimise the envelope thermal transfer value (ETTV) of the building, ensuring less energy consumption.

The rooftop PV modules convert sunlight into DC electricity, proportional to the intensity of light they are exposed to. This DC current is then converted into AC current by an inverter and fed into the building’s main power supply.

The plant does not require batteries to store the solar power generated as it is directly connected to a grid. Two parallel electricity supplies – the PV modules and grid – power the building, eliminating the need for a changeover switch.

E-glass curtain walls and a rainwater re-cycling system help conserve up to 30% energy.

SunFab thin-film tandem technology was first introduced by Applied Materials in 2007. The technology involves the stacking of amorphous and micro crystalline layers on top of the other to absorb long and short wavelengths of sunlight. This improves the overall conversion efficiency and reduces the per-unit production cost when compared to single junction technologies.

Plants using the technology can produce up to 80MWp of modules annually and are highly scalable to capacities up to 1GW.

Singapore, being a small island nation, has limited energy resources and generates electricity mainly from conventional sources such as oil and gas, around 80% of which is imported from neighbouring Indonesia and Malaysia.

Solar energy is the most viable renewable energy option for tropical Singapore, which receives an average annual solar irradiance of 1,150kWh / kWp / year. A 2010 report by a sub-committee on Energy Resilience and Sustainable Growth under the Economic Strategies Committee suggested making Singapore a smart energy economy to meet the country’s demands of adequate and consistent power supply. The sub-committee recommended developing renewable energy sources, as well as increasing investment in energy efficient technologies.

The Singapore Economic Development Board announced an investment of SGD700m ($500m) in May 2010 for R&D and manpower training with the aim of building a clean technology ecosystem in the country by 2015. The nation has also set a target to raise the energy efficiency by 35% and increase the recycling rate to 70%, by 2030.