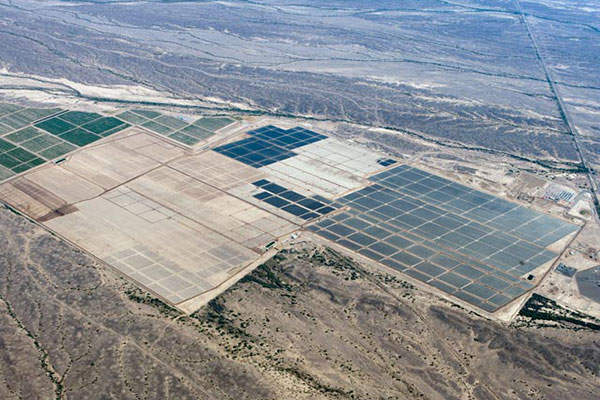 Agua Caliente Solar farm is located in the east of Yuma County, Arizona, US. 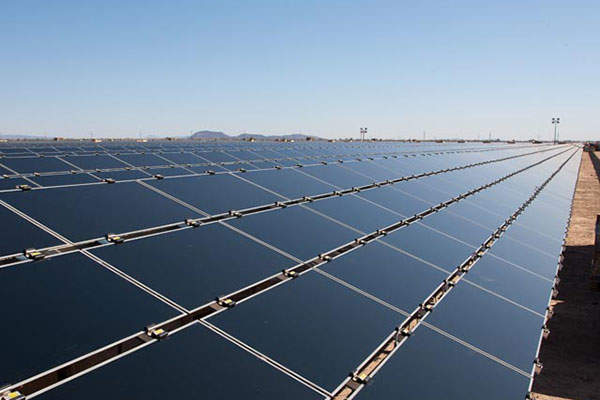 The plant will have an installed capacity of 290MW. Image courtesy of First Solar. 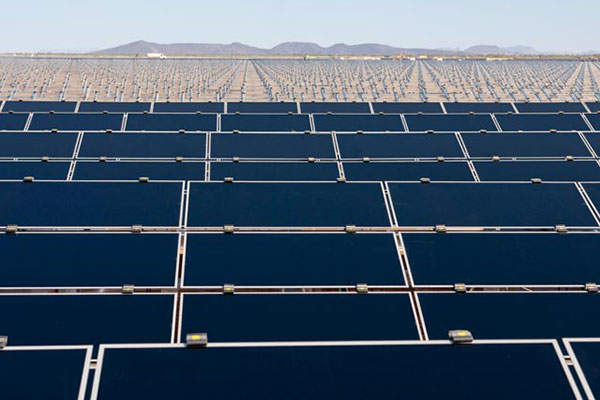 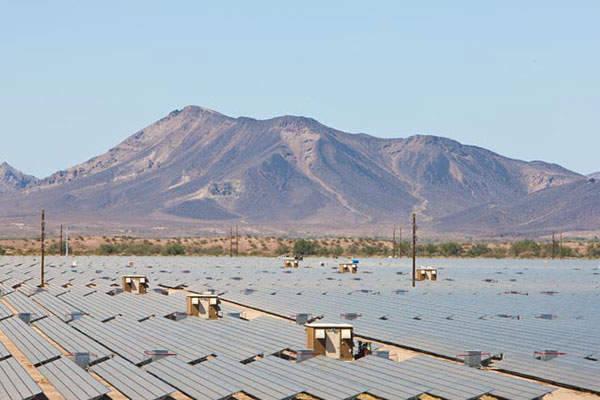 Agua Caliente is the first US solar power plant to use SMA’s Sunny Central PV inverters.

The 290MW solar power plant is expected to be fully operational from 2014. Image courtesy of First Solar. 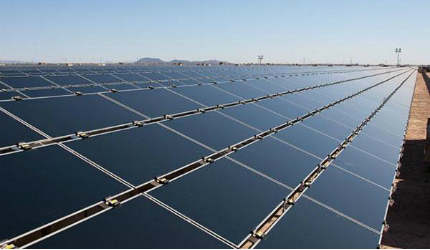 The 290MW Agua Caliente Solar farm is the world’s largest operational photovoltaic (PV) power plant. The ground-mounted solar project is located in the east of Yuma County, Arizona, US.

NRG Energy and MidAmerican Energy Holdings own the $1.8bn project.

"The solar farm will generate 626.2GWh of electricity."

The solar farm will generate 626.2GWh of electricity, which is sufficient for 100,000 average homes and will reduce 220,000t of carbon dioxide emissions annually. The power generated will be entirely sold to Pacific Gas & Electric Company through a 25-year power purchase agreement (PPA).

The project won ‘Project of the Year’ title at the Excellence in Renewable Energy Awards competition held in February 2012. Construction began in 2010 and is expected to be completed in 2014.

An expected 400 construction jobs will be generated by thr project, in addition to 16 monitoring and operating jobs.

Agua Caliente solar farm is being developed in an area of 2,400 acres near Dateland and Hyder communities.

The project will be completed in two phases. The first will have an installed capacity of 100MW, while the second will add 190MW to take the total plant capacity to 290MW.

CdTe PV modules have the smallest carbon footprint and fastest energy payback time when compared with other PV technologies.

The project will also include installation of 200 power conversion station (PCS) vaults, with each consisting of a pair of Sunny Central PV inverters by SMA. The inverters are equipped with fault-ride-through and dynamic voltage regulation technology, which increases the reliability and sustainability of the electric power system. Agua Caliente is the first plant in the US to use this inverter technology.

Solar panels will be mounted to metal rocks installed at a height of 6m above the ground and will be capable of withstanding high winds. The installation requires lesser new transmission infrastructure.

The land in which the solar farm is located was previously a distributed agricultural land, located 65 mile on the White Wing Ranch. The site was chosen because of its access to transmission lines, larger amount of sunlight, and current land use.

"Solar panels will be mounted to metal rocks installed at a height of 6m above the ground."

Phase one construction started in 2010 and finished in early 2012. The first solar PV panel was installed in June 2011. The second phase construction is expected to be completed by 2014.

The first phase started commercial operations in January 2012, by generating 30MW of electricity and transferring it to the grid successfully.

Contractors involved with the solar power project in Arizona

The engineering, procurement and construction (EPC) contract for the solar project was awarded to First Solar. The contractual scope also includes the operations and maintenance of the plant.

A loan guarantee of $967m was provided by the US Department of Energy (DOE) in August 2011, for the construction of the Agua Caliente solar project.