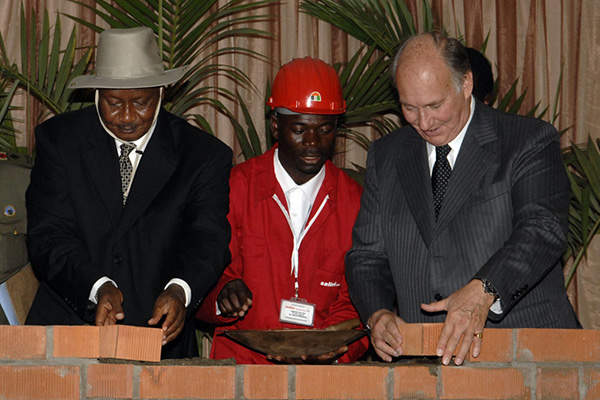 The Bujagali hydropower project is built on the Victoria Nile. 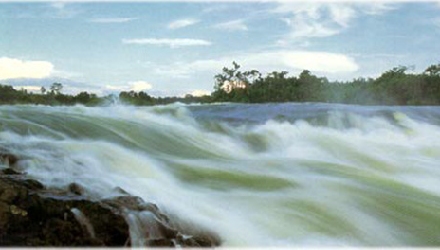 Construction of the Bujagali Hydropower Project in Uganda began in August 2007, after a delay of more than four years. The project includes the building of a dam and a 255MW hydropower plant on a distributary of the Nile at Bujagali, near the town of Jinja.

The plant will reuse the water released by the Nalubaale and Kiira dams located on the upstream of Bujagali for generating renewable power.

The delay has caused the project cost estimate to be revised from the original $530m to $875m.

The first unit of the power plant began supplying energy to the national grid in January 2012. The plant is expected to be fully operational in the second half of 2012.

History of the Bujagali hydropower project

"The project faced opposition from environmental activists and local residents."

The Bujagali hydropower project was originally conceived by AES and Madhvani International in the 1990s, under the name Nile Independent Power Project, with four turbines sited on a rockfill dam. However, AES suspended the project in 2003 for financial reasons. The project also faced opposition from environmental activists and local residents at the time.

The Ugandan Government, however, decided to go ahead with the project as a result of the severe shortage of power supply in the country. It formed a public private-partnership with the state-owned Uganda Electricity Transmission Company (UETCL) and a consortium of private companies.

Bujagali Energy (BEL), a special purpose company formed by the consortium, will build, own and operate the project. BEL won the contract in an international bidding process carried out by the World Bank.

The project is financially backed by the Ugandan Government ($75m), World Bank Group ($275m) and European Investment Bank (up to $136m).

Details of the Bujagali power facility

The hydroelectric plant consists of five Kaplan turbines rated at 51MW each.

"95% of construction was complete by September 2011, with the first turbine connected near the end of the same year."

The gravity dam will be earth-fill type and 28m high. The reservoir will have a surface area of 388ha; with 308ha of it covered under the Victoria Nile and the remaining newly established area.

The reservoir will extend eight kilometres upstream to the Nalubaale (Owen Falls) and Kiira (Owen Falls extension) dams. The water from these two dams will be released to the Bujagali dam to generate power. A gated spillway and a siphon spillway are being built to divert the unnecessary water safely to the river below the dam.

Construction on the Victoria Nile in Uganda

Construction of the Bujagali hydropower generation facility is expected to provide employment to an estimated 1,000 to 1,800 people. In addition, the plant will employ 30 people once it is operational.

The preconstruction activities at the site began in June 2007. Construction was started after a couple of months and originally estimated to take at least 44 months for completion. Although it was slightly behind schedule, 95% of construction was complete by September 2011, with the first turbine connected near the end of the same year. Production testing started in the first quarter of 2012.

Transmission and distribution of electricity

UETCL has undertaken a separate project called the Bujagali Interconnection Project for transmitting the power generated at the Bujagali power station to the national grid. It includes setting up a new 220kV transmission lines and a power station at Kawanda.

The power will be distributed to the consumers from the Ugandan national grid.

Contractors and suppliers involved with Bujagali

Italy-based Salini Costruttori has been appointed as the engineering, procurement and construction (EPC) contractor for the project. Fichtner is responsible for the detailed engineering of the project. The turbines are being supplied by Alstom Hydro under a $250m contract.

Uganda has been severely affected by power shortage for decades.

Fewer than five percent of Ugandans have access to electricity.

In addition, those who do have access to power experience blackouts for 12 to 24 hours a day.

Ugandan citizens and industries currently depend on stand-by power generators, which are not only expensive but also polluting.

Renewable power plants, such as the one at Bujagali, are essential for the country.