The first phase of the hydroelectric plant in Sierra Leone was completed in November 2009 after much delay. 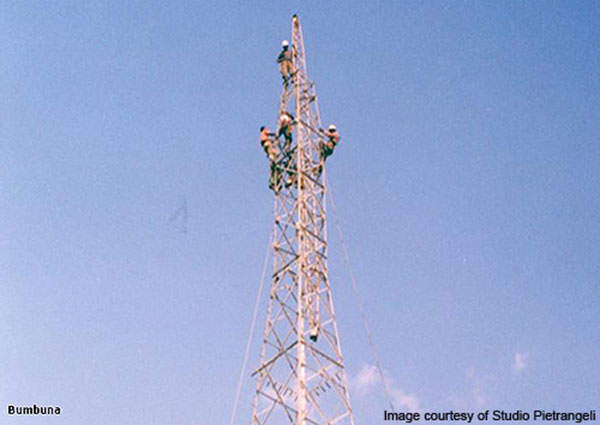 There are two substations, with one at the foot of the Bumbuna dam. 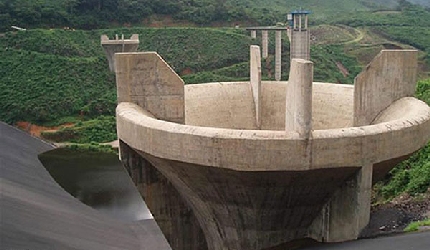 The Bumbuna Hydroelectric Power Station aims to provide reliable and inexpensive clean energy to Sierra Leone in West Africa. Located on the Seli River in the Tonkolili District, the plant has an installed capacity of 50MW in its first phase. In the second phase, it will be expanded to 400MW.

Construction on the 50MW phase one was completed in November 2009, with an investment of $327m. The $750m second phase will add 350MW of additional capacity to the project by 2017. Joule Africa is undertaking the development of phase two as part of an agreement signed with the Sierra Leone Government in May 2011.

Joule Africa initiated the bankable feasibility study for Bumbuna phase two in November 2011. Germany-based Lahmeyer International is carrying out the study in association with CENMATS.

The residents of Sierra Leone will benefit hugely from the project because just five percent of the population in the region have access to electricity.

Development of the Bumbuna hydropower facility

"Plans for the Bumbuna hydropower project were unveiled in 1975, with 85% of construction complete by May 1997 when it had to be halted because of civil war."

Plans for the Bumbuna hydropower project were unveiled in 1975, with 85% of construction complete by May 1997 when it had to be halted because of the civil war in the region.

The plant is operating below its full capacity since commissioning, producing just 35MW because of the insufficient water supply to the Bumbuna dam and technical problems that have led to temporary shutdown of operations.

Phase one of the Bumbuna hydropower project mainly consisted of the construction of the Bumbuna dam and a 50MW powerhouse at its foot. It also included a surface powerhouse. Two substations were built at Bumbuna and Freetown. Transmission lines of 205km in length were laid to transmit electricity from the powerhouse.

"The first phase of the project received funding from the World Bank ($50.5m) and the African Development Bank (ADB, $103m)."

The Bumbuna dam is 400m long, 88m high and has a reservoir capacity of 480 million cubic metres. It is connected by two tunnels on either side. The tunnel on its left serves as the primary spillway, with the tunnel on the right side serving as an auxiliary spillway. The intake structure for the right tunnel includes a 93m high concrete tower with a diameter of 7.5m.

The surface powerhouse takes in water at a high velocity with the help of draft tubes, penstocks and inlet valves installed in its machine hall. The water flows into the turbine chamber, which is connected to vertical shaft synchronous generators. Two 25MW Francis turbines are installed in the plant.

A second reservoir will be built as part of phase two of the project in order to ensure continuous operation of the plant during the dry season.

ADB has been a financier of the project since 1989, despite the delay in commissioning of the plant.

The second phase is planned to be financed by 75% of debt and 25% from equity.

Sierra Leone’s national power authority could not meet the growing demand for domestic and industrial power supply in the region even after the commissioning of Bumbuna plant. It, therefore, immediately undertook the second phase of Bumbuna.

The completion of Bumbuna phase two will enable the government to supply power to approximately one million people in Bumbuna and surrounding areas. It is also expected to draw commercial and industrial investments to the region.

The 11,233MW Belo Monte hydroelectric power plant is a hydropower project that will help Brazil meet its increasing energy needs.

Sierra Leone has the lowest power supply in West Africa.

The country has been dependent on a single thermal power plant to meet its power needs.

The output from the 27MW thermal power station has declined to alarmingly low levels, emphasising the immediate need for alternative power sources.