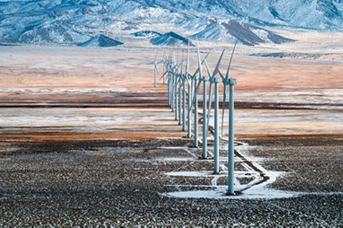 The wind project is said to be the company’s largest wind project and the sixth in Oakfield, which will help the city draw close to $27m in tax and community benefit payments over the next 20 years.

First Wind CEO Paul Gaynor said: "First Wind is excited to be building the Oakfield Wind project, which is not only our sixth project in Maine, but what will be our largest project to bring clean, cost-competitive renewable energy to New England.

"The Oakfield project has been something we’ve wanted to build for almost a decade, and we’re thrilled to say that it will be finished by the end of next year. We appreciate the long-term support from the community leaders and residents of Oakfield and Aroostook County, and we are looking forward to continuing our commitment to Maine’s clean energy economy."

The total construction cost is $369m. This includes a $237m construction loan and $132m of equity contribution.

To be constructed on the low-lying ridges of the Oakfield Hills, the wind farm will feature 48 Vestas V-112 turbines.

Construction phase of the project will create a total of 300 direct, full-time jobs.

Upon completion, the project will increase the total capital expenditure made by First Wind for wind projects in Maine to over $1bn.

The project is expected to become operational by the end of 2015.

The clean energy to be generated from the project will be sold to four Massachusetts utilities, under a 15-year contract.

"Nearly 90 percent of the funds from First Wind’s first community payment were used for tax relief for town residents, and the town will soon be investing property tax dollars into the community’s infrastructure – new road work, a new fire station and other capital improvements."

First Wind paid an amount of $600,000 as the first community payment earlier this year, under community benefit agreement.