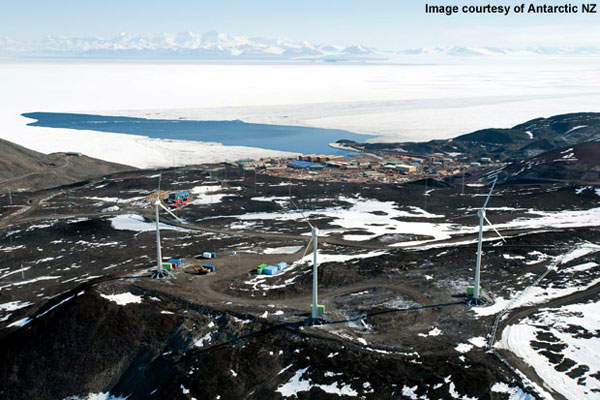 The Ross Island wind farm is a 0.99MW wind farm located in the southern most region of the world. 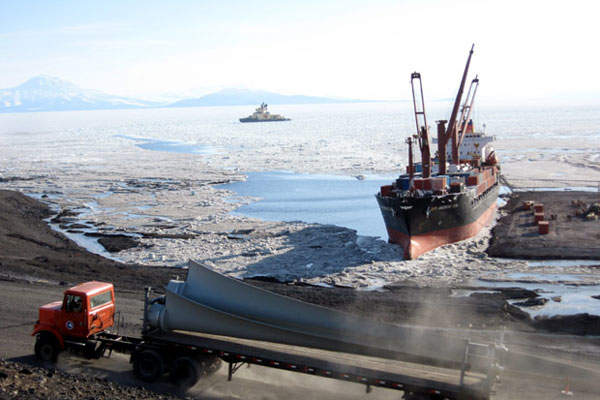 The turbine foundations were constructed in New Zealand and shipped to the Ross Island. 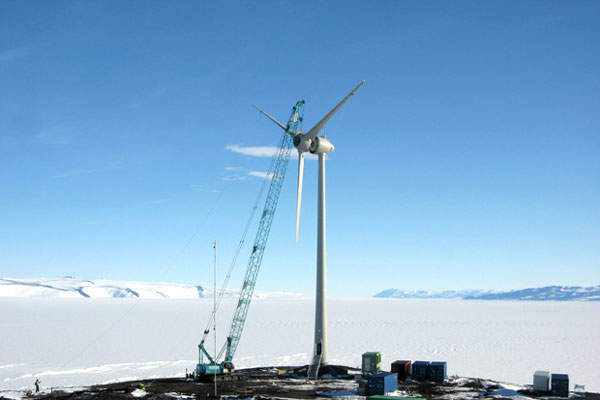 The construction of Ross Island wind farm commenced in November 2008 and the project became operational in 2010. 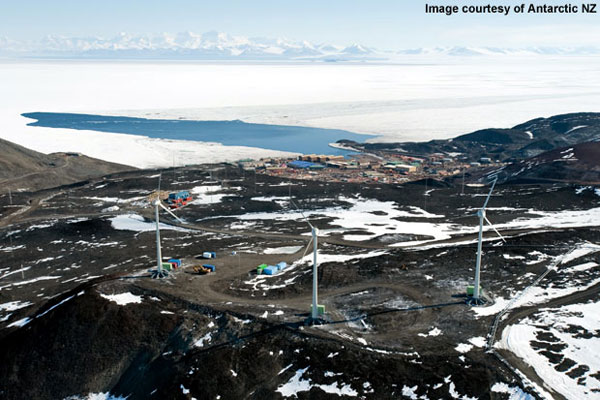 The Ross Island Wind Farm (RIWF) is a 0.99MW wind farm developed on Crater Hill, Ross Island in Antarctica, in the southern-most region of the world. The main objective of the wind farm is to inter-link and supply power to the New Zealand’s Scott Base and the US’ McMurdo Station electrical grids.

The RIWF was inaugurated in January 2010 and was expected to balance the diesel fuel consumption rate at the two research stations located on Ross Island, Antarctica. It was expected to reduce approximately 11% of the annual spend on fuel for generating electricity.

New Zealand Government financed the Ross Island wind farm. Antarctica, New Zealand and Meridian Energy formed an alliance to develop the wind farm, while the project is also backed by the US National Science Foundation (NSF). The construction, commissioning, operation and maintenance were undertaken by the alliance.

“Future expansions are expected to reduce the usage of fuel for power generation by more than 40%.”

The Ross Island stage I development proved the creation and supply of wind energy even in extreme polar conditions. Future expansions are expected to reduce the usage of fuel for power generation by more than 40%.

The Ross Island project was initiated in 2005 and Crater Hill was preferred an ideal site as it is located at the halfway between the two bases. A wind-monitoring mast was constructed at the site.

The wind energy requirement for the McMurdo Station was provided by NSF under the US Antarctic Programme. The project plan was prepared by Meridian and the proposal was approved in August 2007.

The project funding was obtained in September 2007. It comprises of three 0.33MW Enercon E33 wind turbines generating 0.99MW of power. The first turbine of the wind farm started operating in December 2009 and with its full capacity, it completely eliminated the need for diesel generators.

Construction activities at the Ross Island began in November 2008 and were carried out only during summer as the site in the polar region was inaccessible during other seasons.

The major challenge during the construction was the installation of turbine foundations in the adverse conditions. Works including laying foundations for the wind turbines, electrical connectivity to the two bases, and transportation of wind turbine equipment to the farm site were undertaken during the 2008/09 season.

“The foundation was designed and constructed in New Zealand and shipped to the site.”

Approximately eight concrete blocks weighing 13t were frozen into the permafrost for constructing the turbine foundation. The blocks were designed in a circular model and included a steel spider foundation for bolting.

Steel structures formed the base for the turbine towers and the installation works were performed in 2009. System optimisation testing was conducted in February 2010.

The construction activities also included the facilitation of power system between Scott Base and McMurdo Station.

The generated power is transmitted via an electrical grid. Underground cables were laid to connect the wind farm with the Scott Base and the McMurdo station. A static frequency converter was installed at the base to convert the produced electricity of 60Hz into 50Hz.

To ensure system stability, flywheel mechanism of system control was installed. It helps in controlling the system frequency during wind changes by absorbing or supplying 500kW of electricity for a period of 30 seconds.

The Ross Island wind farm is developed within the guidelines of the Antarctic Treaty principles of environmental protection. The primary focus was on minimising the operational impact on the environment.

The wind turbines reduce the diesel fuel requirement by 463,000l and help in removing 1,242t of CO2 emissions per year from the atmosphere.

The replacement fossil fuels usage with renewable wind energy results in reduction of the liquid fuel transportation and storage costs, and minimises the release of greenhouse gases.