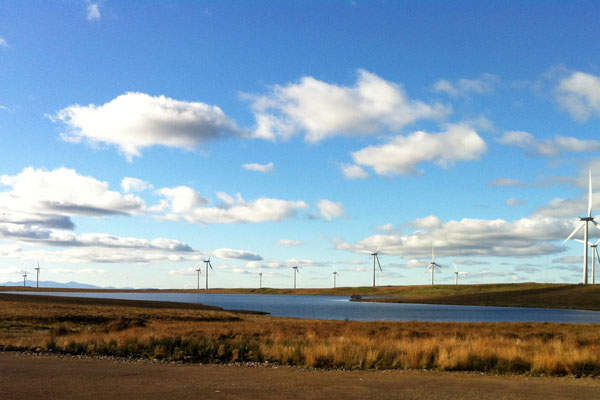 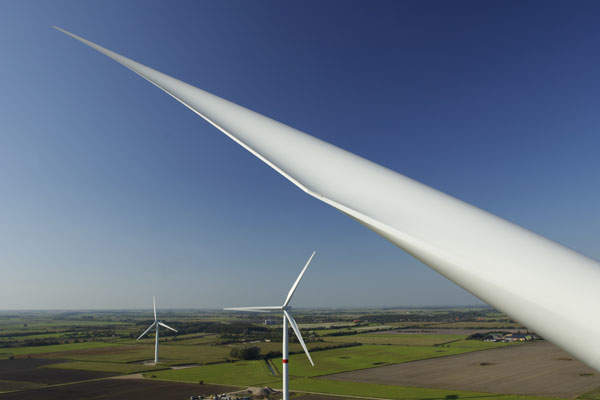 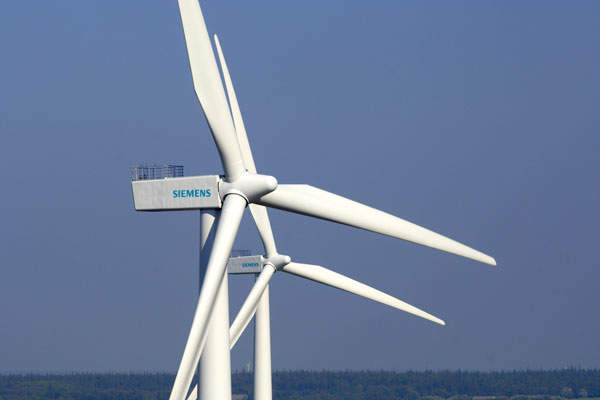 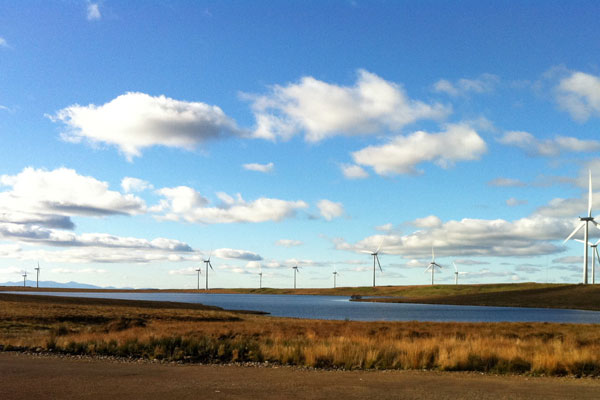 Whitelee wind farm, the largest onshore wind-power facility in Europe, is located on Eaglesham Moor, near Glasgow, Scotland. The wind farm commenced commercial operations in May 2009 with 215 turbines. It generates 539MW of electricity, sufficient to supply for 330,000 Scottish homes. ScottishPower Renewables, a subsidiary of Iberdrola, owns the $464m wind farm.

A temporary shut-down occurred in March 2010 as one blade fell off the turbine. A thorough safety check was conducted on all the turbines.

The current capacity of the wind farm is 539MW, which is planned to be extended to 551MW. An application for the approval of the expansion was submitted to the Scottish Government in August 2012.

The development works of the Whitelee wind farm began in 2000. ScottishPower Renewables applied for permission to develop the wind farm in 2002, which was approved in 2006.

ScottishPower received a few objections from the traffic control radars, aviation authorities and the MetOffice. It had to construct another radar system for aviation purposes using a data fusion technique.

ScottishPower made its first expansion to the Whitelee wind farm by adding 36 turbines and raising the output by 130MW. With the addition, the capacity rose from 322MW to 452MW.

"A visitor’s site was constructed at a cost of $3.5m to encourage visitors to the wind farm site."

An additional 39 turbines were added under the second phase of expansion to increase the output capacity to 539MW. The extension was developed in the south-west region of the existing wind farm. It was completed in August 2012.

Construction of the Whitelee wind farm started in October 2006. The major works included construction of a substation and a control room. A 90km road was laid for transporting the turbines. It is currently being used as cycling, walking and horse riding path.

The first turbine was set up in November 2007 and the entire project was completed in 2009. The wind farm achieved full output in July 2009. A visitor’s site was constructed at a cost of $3.5m to encourage visitors to the wind farm site.

Whitelee wind farm initially included 140 Siemens turbines. Each turbine has a generation capacity of 2.3MW and is 300ft tall. The turbine blade is of 150ft length.

The turbine rotates at 150mph speed and makes 17 revolutions per minute. The erection of the turbines involved over 30ft deep foundations and a grid with over 920km of cabling. The power grid included three transformers weighing 120t each.

Alstom provided 69 turbines of 3MW and six 1.67MW turbines with total generation capacity of 215MW. The turbines are included with the Pure Torque concept, protecting the drive train from deflection loads alongside a higher efficiency.

Contractors involved with the development of Whitelee wind farm

The joint venture of John Sisk and Son and Roadbridge was awarded the contract for the expansion of Whitelee wind farm in November 2010.

Siemens was awarded contract worth £235m to supply 140 turbines.

The contract for supplying 75 turbines for the expansion project was awarded to Alstom. The contract included supply of 69.3MW ECO-100 and six 1.67MW ECO-74 wind turbines.

The Scotland Government has set a target of reducing the greenhouse-gas emissions by 42% and 80% by 2020 and 2050 respectively. It also planned to generate 50% of electricity through renewable sources by 2020, mostly from the wind sector.

The Scottish government sanctioned 3GW of onshore wind energy projects in August 2009, while up to 3GW projects are awaiting permission.

UK-based renewable energy provider Infinergy has planned a total investment of £650m for its wind energy projects across Scotland.

ScottishPower Renewables (SPR) has secured the Scottish government’s approval to build the 288MW Kilgallioch Windfarm with an investment over £400m.