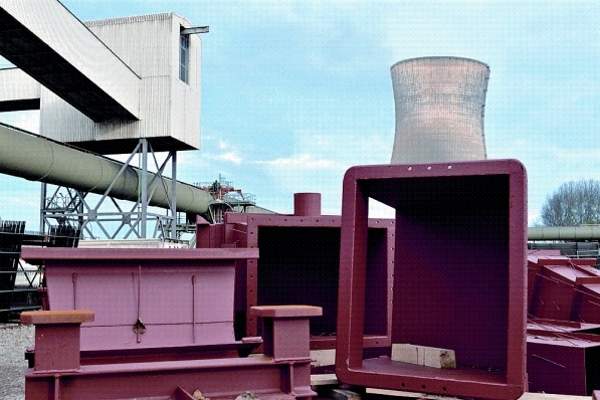 The Rodenhuize biomass-fuelled power station has a capacity of 180MW. Image: courtesy of Bilfinger. 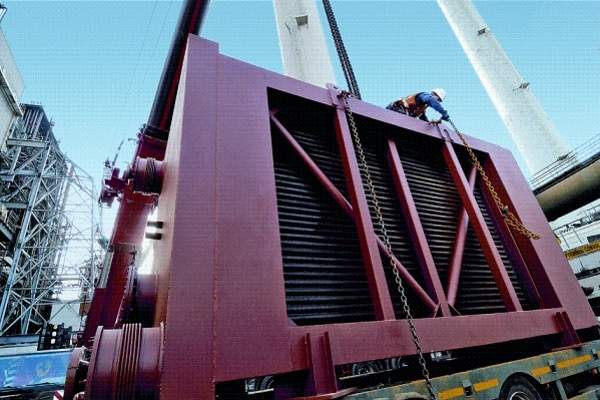 The conversion was completed in three phases to achieve a 100% biomass-based power plant. Image: courtesy of Bilfinger. 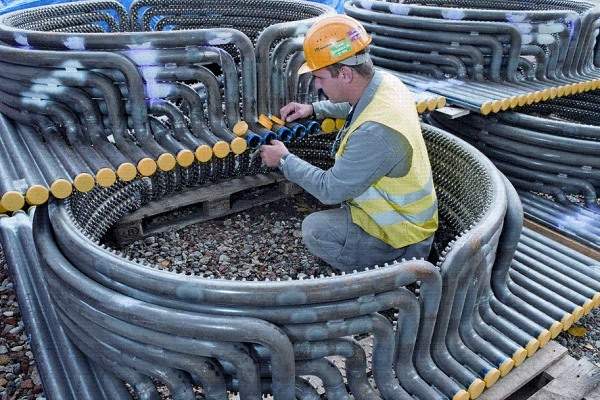 The woodchips storage and handling system was built by Geldof Metaalconstructie. Image: courtesy of Bilfinger. 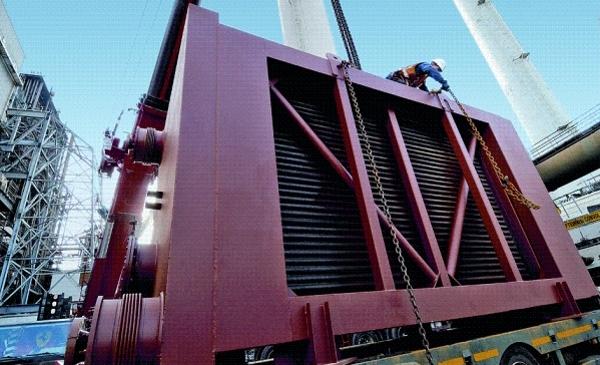 The 180MW Rodenhuize biomass power station was built by converting Rodenhuize 4, a coal-fired unit. Located in Ghent, Belgium, it is now a 100% biomass unit. The conversion was completed at a cost of €125m and the plant was opened in September 2011.

It produces clean energy that is sufficient for approximately 320,000 homes and offsets 1.2 million tonnes of CO2 emissions per year.

Conversion of the Rodenhuize-4 coal-fired unit

Planned for construction on the Bank zonder Naam in the North Sea, 38km off the coast of Belgium.

The Rodenhuize biomass power project was proposed in 2009 and construction started in 2010. As a result, coal usage was stopped in January 2010, with the final conversion phase starting in August 2010.

The conversion project was led by Bilfinger Berger Power Services, which carried out the construction, installation and commissioning work. Bilfinger used computer simulations to minimise the nitrogen oxide emissions, ensuring that the environmental norms were complied with.

A boiler compliant with multiple fuels, including natural gas, blast furnace gas and biomass, was proposed by Electrabel.

The plant’s components, including ventilation ducts and steam generation components, were chosen accordingly to achieve the same result. Hardwood dust produces stress that affects the burners, therefore the burners were fitted with heat and corrosion-resistant ceramic plates.

"The plant supports Belgium’s national action plan, which aims to generate 20% of energy from renewable sources by 2020."

Wood pellets are procured from certified producers who use sustainable forestry and are verified by an independent body.

The plant also has a woodchips storage and handling system, which includes 2,000m³ silos, a dedusting arrangement, sprinkler and spark, as well as equipment to detect smoke and measure humidity. Two conveyor belts transport the stored wood for processing.

The wood pellets, upon reaching the processing plant, are sifted and moved to hammer mills, which grind them to a fine dust and move them to the burners by pneumatic transportation.

Pacific BioEnergy supplies approximately 30% of the pellets from its British Columbia facility to the port of Ghent. Max Green also signed a long-term supply agreement with Electrabel for the supply of 225,000t of biomass per annum.

Laborelec was involved in finalising the configuration of burners. The woodchips storage and handling system was built by Geldof Metaalconstructie and the electrostatic precipitators were supplied by Hamon.

The plant supports Belgium’s national action plan, which aims to generate 20% of energy from renewable sources by 2020.