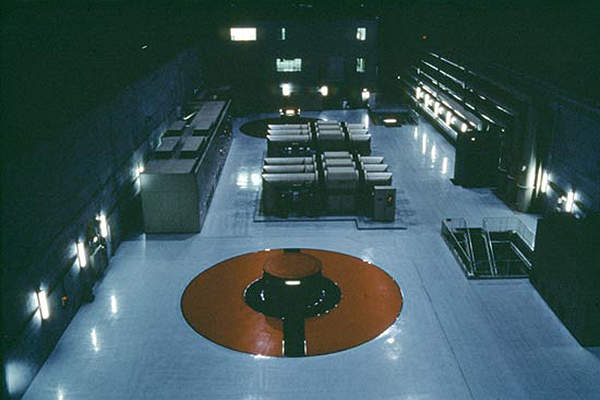 Kazunogawa power plant has an installed capacity of 800MW. 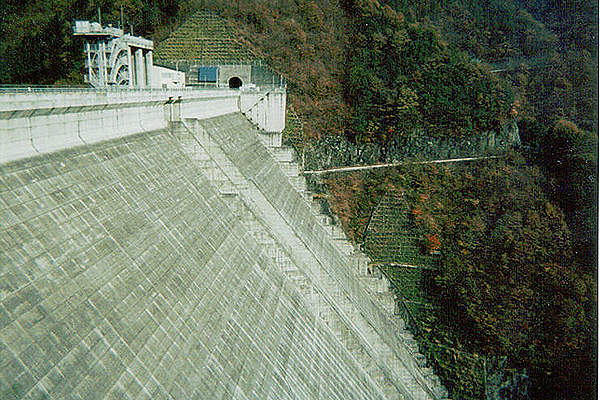 The cavern is approximately halfway between the upper and lower dams, at 500m depth below ground. 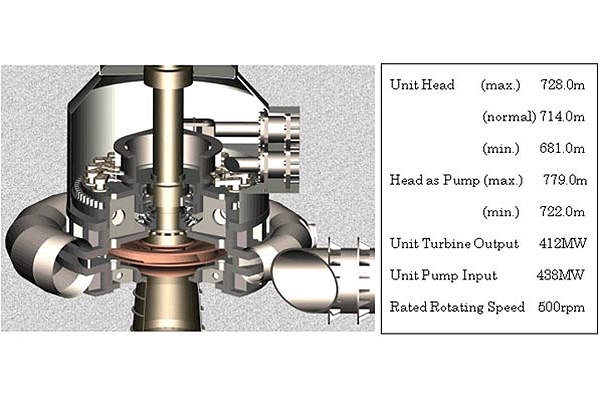 The main equipment for the Kazunogawa hydropower plant was supplied by Hitachi and Mitsubishi Heavy Industries. 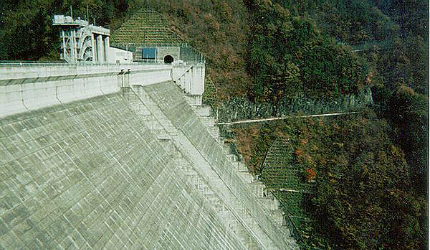 The Kazunogawa Plant was first planned in 1995, when demand for power was at peak level. The utility company had to balance the day and night power demand differences as there was a huge increase.

"The plant was planned and designed for a capacity of 1,600MW through four 400MW units."

The plant was planned and designed for a capacity of 1,600MW through four 400MW units, but just two units were constructed.

Operations of the first 400MW unit started in December 1999. The second unit started working in June 2000. When completed, the plant was the largest hydro plant in Japan.

TEPCO constructed another storage plant at Kannagawa immediately after completion of the Kazunogawa plant. The Kannagawa plant has an installed capacity of 2,700MW.

The Kazunogawa plant site lies in the eastern side of the Shimanto strata, which are believed to have formed 65 million years ago.

The plant consists of an underground power station, an upstream dam and a downstream dam. It also includes main / temporary tunnels connecting the dams and the power station.

Bogong Hydropower project, near Bogong Village in the Alpine National Park of Victoria, Australia, is the largest hydroelectric project built in the country in nearly three decades.

The discharge capacity of the plant is 280m³/s, with the dams located 5km upstream and 3km downstream, in a straight line for easy flow of water.

The cavern is approximately halfway between the upper and lower dams, 500m below the earth’s surface. The cavern is 210m long, 54m high and 34m wide, with a volume of 250,000m³ capable of holding three jumbo jets.

Challenges were posed at the construction site because of the ground stress and rock joints. Problems in the bedrock were tracked using 1,300 sensors. A detailed analysis of the site was conducted to study and analyse the bedrock. A 1:5 scaled down site was excavated to collect the samples for analysis. The excavated portion was used as a temporary storage for spoil once the main gallery became operational.

A tailrace tunnel links the power station with the lower reservoir, which includes a 105m concrete gravity dam. The volume of the downstream dam is 620,000m³.

The power station is installed with two Francis turbine generators.

Suppliers involved with the Kazunogawa hydropower plant in Japan

Domestic suppliers were preferred over foreign ones for the Kazunogawa hydropower project.

The main equipment for the plant was supplied by a consortium of Hitachi and Mitsubishi Heavy Industries (MHI).

"Pumped storage schemes formed 8% of all power plants planned or under construction in Japan in 1995."

Revisions to the Electricity Utilities Industry Law in December 1995 helped IPPs to gain the market.

A 2.1% growth in demand for electricity was expected in Japan every year at that time. International authorities also pressurised Japan to reduce the greenhouse gas emissions, which raised the need to save energy and reduce the power consumption.

Pumped storage schemes formed 8% of all power plants planned or under construction in Japan in 1995.