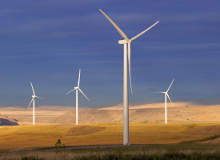 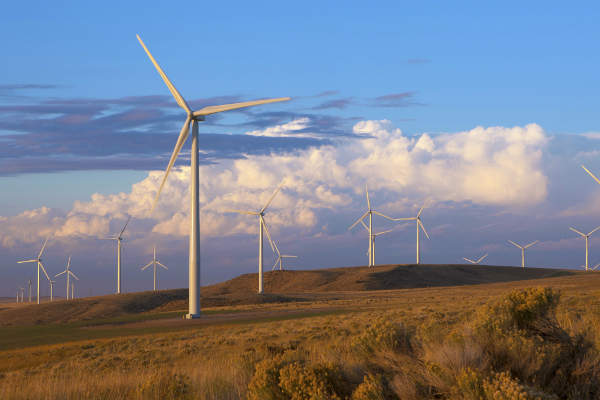 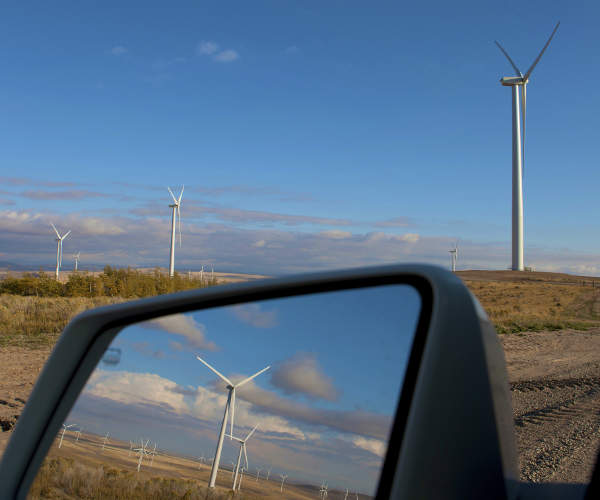 The plant has an installed capacity of 124.5MW. Image courtesy of BP Wind Energy/Marc Morrison. 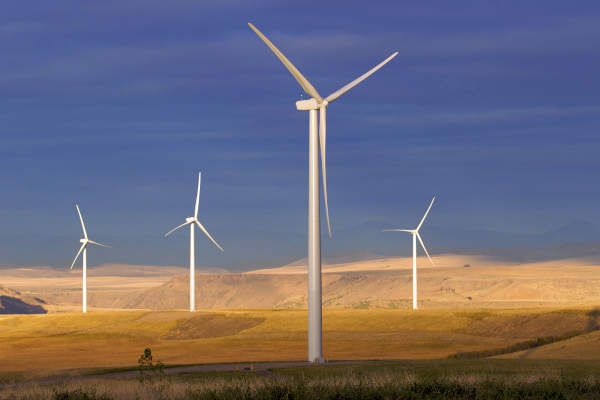 The wind farm is installed with 83 GE 1.5xle wind turbines, which have a rated capacity of 1.5MW each. Image courtesy of BP Wind Energy/Marc Morrison. 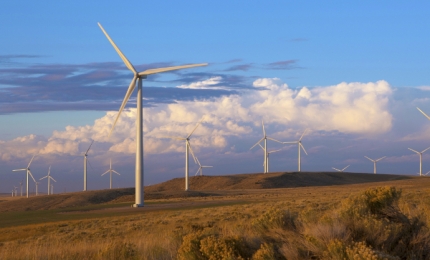 The Goshen North Wind Farm is an onshore wind farm located in Bonneville County, approximately 10 miles (16km) east of the city of Idaho Falls. With an installed capacity of 124.5MW, it is the biggest wind farm operating in the state of Idaho, US.

The wind farm was developed by BP Wind Energy in a joint venture with Ridgeline Energy and Diamond Generating Corporation. BP Wind Energy owns a 50% interest, while DGC and Ridgeline Energy own 37.5% and 12.5% respectively. BP Energy manages and operates the wind farm, which was commissioned in November 2010 after six months of construction at an estimated investment of $300m.

It created 250 jobs during peak construction and employs 10 full-time staff to monitor and maintain the site.

Power production and sale from the Goshen North wind project

"The wind farm was developed by BP Wind Energy in a joint venture with Ridgeline Energy and Diamond Generating Corporation."

The plant generates 380 million KWh of renewable energy, which is enough to meet the electricity needs of 37,000 American homes annually.

Southern California Edison buys the plant’s output under a 25-year long power purchase agreement (PPA) that expires in 2030. The PPA is for 90MW with an option to increase to 130MW.

Goshen North wind farm consists of 83 GE 1.5xle wind turbines spread across an 11,000-acre site. Each turbine has a rated capacity of 1.5MW.

The GE 1.5xle wind turbine is built on the success of the 1.5sle model. With 15% more sweep area, the turbine captures more wind energy.

The turbine can operate efficiently in temperatures ranging between -30°C and 40°C. Rotor diameter of the turbine is 82.5m, sweep area is 5,346m² and height is 80m to the centre of the hub.

Approximately 37 miles (59.5km) of underground cabling, 28 miles (45km) of access roads and seven miles (11.26km) of transmission lines were constructed as part of the project. Other important infrastructure included the construction of a substation, an interconnect substation and operations and maintenance facility.

The 1.5xle turbine features the WindBOOST control system, which causes the blades to spin faster and improves the annual energy production (AEP) by 4%. The system maintains grid stability while increasing power output, which means the return on investment for the turbines is high, with the payback period to the operators low.

Control system technology can also be turned on and off remotely at the turbine level. Condition based maintenance (CBM) feature is integrated into the system to detect potential drive-train issues. This proactive solution, when field or factory tested and installed, improves reliability.

The CBM feature notifies the issues to the operators in advance and allows them to plan for multiple maintenance events with the given resources. The turbines continue to produce power while their parts are undergoing repair. Drive-train damage and repair cost are also reduced in the process.

Mortenson Construction was awarded the construction contract for the power project in July 2010.

The newly erected seven mile-long overhead transmission line connects the facility to the existing 17mile-long, 161kV line, which in turn transmits electricity to the Goshen substation.

With an installed capacity of 973MW, wind energy powers more than 230,000 homes in Idaho. The state currently has 541 turbines installed across 32 wind projects.