Sener and Cobra (a subsidiary of ACS) 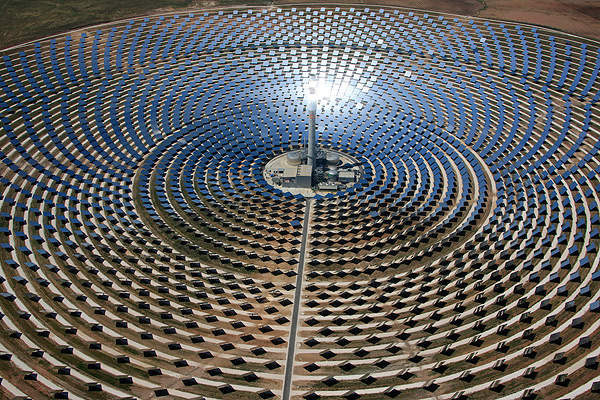 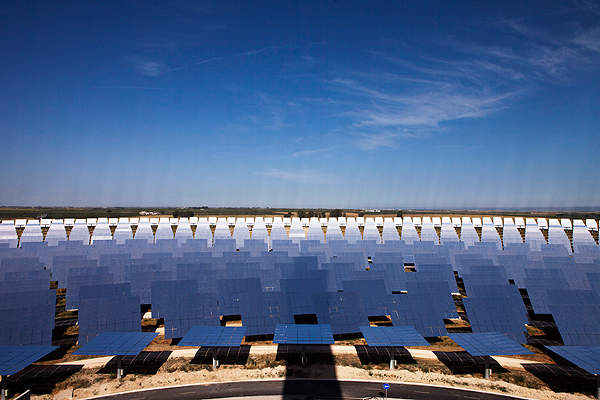 The Gemasolar power plant consists of 2,650 heliostats which are turned towards the sun using geared motors. Image courtesy of Sener Group. 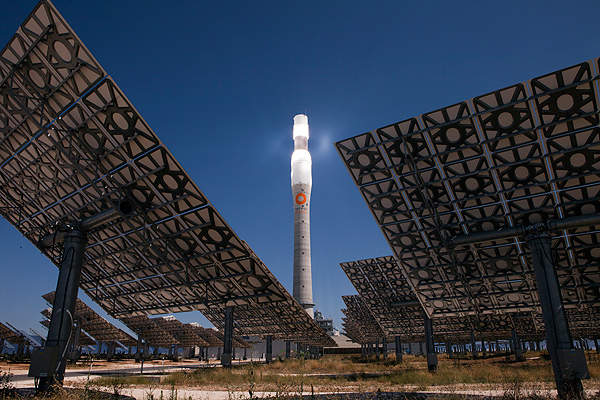 Gemasolar's central receiving tower, the first of its kind in the world, receives the solar radiation reflected by the heliostats. Image courtesy of Sener Group. 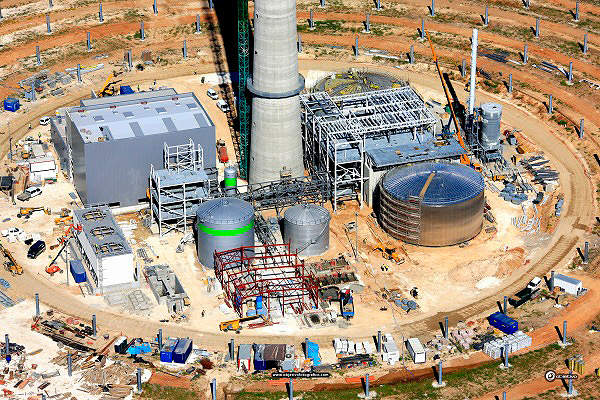 The Gemasolar plant broke ground in February 2009 and was commissioned in April 2011. Image courtesy of Sener Group.

Gemasolar is the world’s first commercial-scale solar power plant with a central tower receiver. It is also the first solar plant in the world to use molten salt heat storage technology. It is located in the city of Fuentes de Andalucía in the Seville province of Spain. It has an installed capacity of 19.9MW.

The plant’s annual production of 110GWh provides green electricity to 25,000 homes. The project results in reducing about 30,000t of carbon dioxide emissions per annum.

The plant cost €171m for construction, which was financed by the European Investment Bank (EIB), Banco Popular and Banesto ICO.

The Gemasolar power plant consists of the central tower receiver, a heliostat field and a molten-salt heat storage system. The solar field is created by installing 2,650 heliostats on 185ha of land.

The plant is installed with a total of 2,650 heliostats, each of which is made of 400 square feet of steel metal stamped surfaces. Heliostats are installed in an array around the 140m tall central receiver tower.

The molten-salt heat storage system includes cold and hot storage salt tanks which can store salts for 15 hours. The tanks, made up of steel, are connected to the central tower.

The central tower receives the concentrated solar radiation reflected by the heliostats. The mirrors concentrate the radiation 1,000 times and reflect the resultant on to the central receiver. The heliostats are connected by a network of 26 fibre optic rings. They are fitted with geared motors which automatically turn the mirror’s surface towards the sun.

Liquid salt is transferred to the hot storage tank and further to the heat exchanger. The liquid salt, as a result, gets condensed to form steam, which drives the turbine to produce power.

The molten storage tank avoids wastage of any excess heat generated during the process by storing the heat. The stored heat can be used in the power production when the sun’s heat and radiation are low or unavailable.

Development of the unique solar renewable energy project and contractors

Torresol Energy Investment broke ground on the Gemasolar plant in February 2009. Construction was completed in approximately two years and the plant was connected to the grid in April 2011.

Sener awarded a subcontract to Foster Wheeler to design and supply the 17MWe steam generating train for the central tower. SGS provided civil works and technical support for the project.

Emypro fabricated the steel hot and cold storage tanks in association with Outokumpu. Nord Drivesystems supplied 5,300 gearmotors for the heliostats. The communication network was built by Schneider Electric and Hirschmann Electronics.

The Gemasolar power plant principally works based on two technologies, which include the central tower receiver and the molten salt heat storage technology.

"It is located in the city of Fuentes de Andalucía in the Seville province of Spain."

The receiver on the top of the central tower is positioned to receive the solar radiation reflected by the heliostat mirrors. The Sensol technology installed in the heliostat mirror automatically turns their surface towards the direction of sun light.

Molten salt tanks at the site absorb and store the excess heat from the solar radiation and use it to produce power during night time, thus keeping the plant operational on a 24×7 basis. It enables the plant to generate 1.5 to three times more electricity compared to conventional renewable power sources.

Power produced by the Gemasolar plant is transferred first to the Villanueva Del Rey substation in Andalusia. The substation further transfers the power to the national grid.