The Copper Mountain Solar 1 project is spread over a 380-acre site in Boulder City, Nevada.

The solar panels for the project were supplied by First Solar.

The Copper Mountain Solar 1 power project has an installed capacity of 48MW. 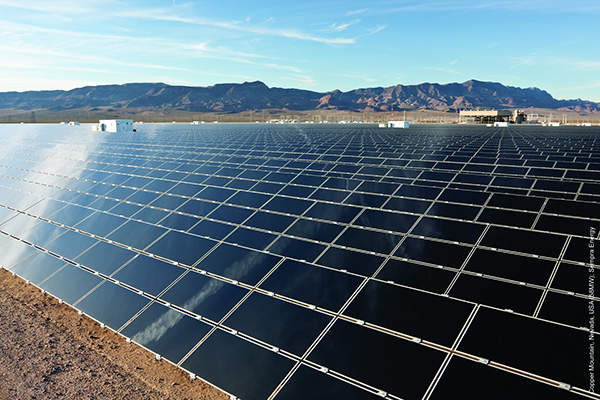 The solar panels are held by steel posts. 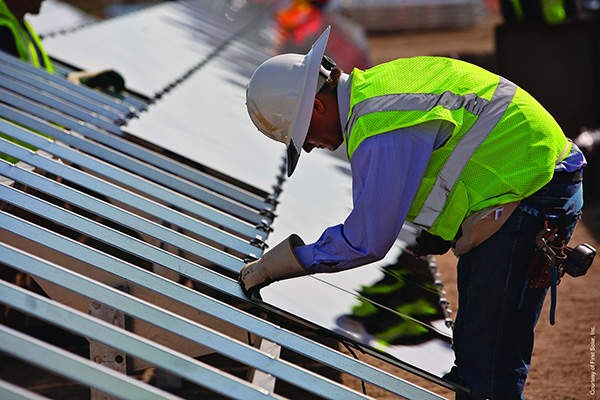 First Solar was the EPC contractor for the solar power project. 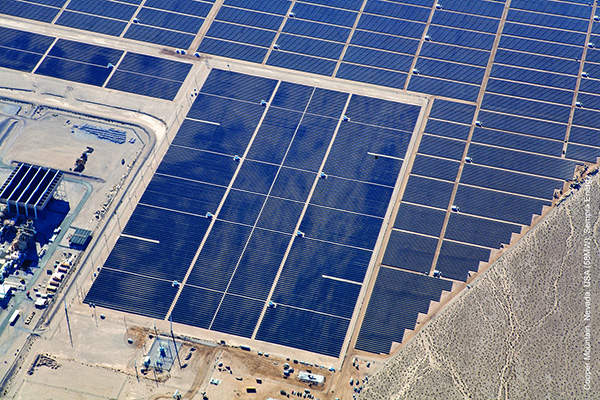 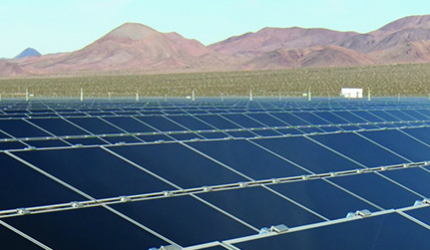 The 48MW Copper Mountain Solar 1 is one of the largest utility scale photovoltaic (PV) power plants in the US. Located in Boulder City, Nevada, the plant was operational by the end of 2010, after nearly 12 months of construction. The plant was officially opened in March 2011.

The plant produces enough power for an average of 14,000 homes.

Sempra Generation, a subsidiary of Sempra Energy, built the plant at a cost of $141m and plans to extend it further in two separate projects of 150MW and 220MW.

Pacific Gas and Electric (PG&E) signed a power purchase agreement in July 2009 for the plant’s output. The agreement, valid for 20 years, was approved by the California Public Utilities Commission in December 2010.

The Copper Mountain Solar 1 project and the El Dorado solar power plant will together produce approximately 124,000MW of clean power per annum, cutting nearly 35,000t of CO2 emissions. The project will generate $135m in revenue over its lifetime to the government. It has already created hundreds of jobs during construction.

Financing of the renewable project in Nevada

The Copper Mountain Solar 1 project enjoys $42m tax credits from the federal government, which covers nearly 30% of the project cost. In addition, Sempra Generation was granted sales tax abatement by the state for buying the plant’s equipment. The state government also offered a 55% discount in property tax for 20 years. These incentives amounted to a total of $12m.

" The 10MW El Dorado plant is spread over 80 acres and has been operational since December 2008."

The solar project is built on a 380 acre desert site, which adjoins the Sempra Generation’s El Dorado Solar plant to benefit from the sharing of existing infrastructure including the interconnection and transmission facilities. The 10MW El Dorado plant is spread over 80 acres and has been operational since December 2008.

Sempra Generation began construction of Copper Mountain Solar 1 project in January 2010. The first major construction milestone was achieved in June when the first block of solar panels supplied power to the grid. Construction was completed in December 2010.

The plant consists of a total of 775,000 solar panels supplied by First Solar, which has been the engineering, procurement and construction contractor for the project. The panels are held by steel posts, installed using lasers and GPS technology to keep the panels straight. The panels are mounted at an angle of 30º.

The 10MW El Dorado plant is spread over 80 acres and has been operational since December 2008.

The extension will occupy 1,100 acres of land. It will supply power to around 45,000 homes. The entire power will be purchased by PG&E for 25 years as part of an agreement signed in August 2011.

Copper Mountain Solar 3, the further expansion of Copper Mountain Solar 1, has a proposed capacity of 220MW. It will supply power to nearly 66,000 homes. Its construction is planned to begin in 2014 and complete by 2015. Southwest US will purchase the entire output from this project.