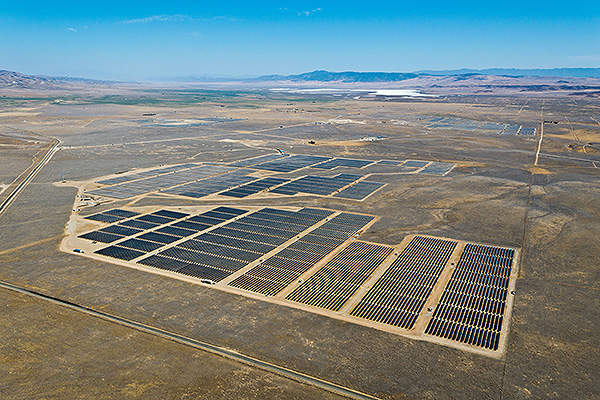 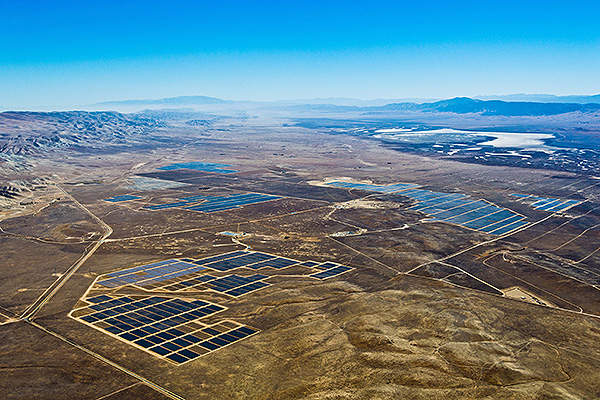 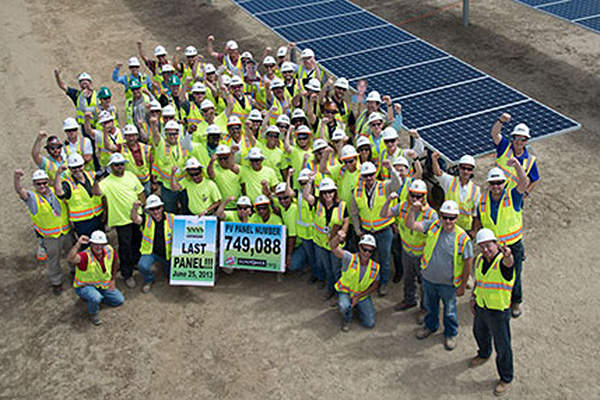 NRG Solar, a fully owned subsidiary of NRG Energy, acquired the project from SunPower in September 2011. NRG and SunPower have been jointly operating and maintaining the plant since the completion of its construction in 2013. After the first two years, NRG will take over sole operational responsibility.

Construction of the $1.6bn project began in September 2011, with partial operations beginning in October 2012, generating the first 22MW. In June 2013, the construction process was finished and the plant became fully operational in October of the same year.

The plant generates enough clean, renewable solar energy to power 100,000 homes a year on average. More than 700 jobs were created during the course of the construction. In addition, 15 long-term jobs have been created for the ongoing maintenance and operation of the plant. The plant is expected to contribute $315m for the development of the local economy from 2011 through to 2038.

Financing of the project

"Construction of the $1.6bn project began in September 2011, with partial operations beginning in October 2012."

The US Department of Energy’s (DOE) loan programmes office finalised a $1.23bn loan guarantee in September 2011, soon after NRG acquired the project.

Former grazing land in the Carrizo Plain measuring 4,700 acres (1,902ha) was chosen as the site for the plant. The flat topography, abundant sunshine and proximity to existing transmission lines make the California Valley ideal for a solar power plant. The region receives an average of 315 sunny days a year.

Approximately 1,500 acres, or just 30% of the project site, has been allocated for the solar arrays, substation and facility buildings, while the remaining 3,200 acres, or 70% of the site, is preserved and used for the conservation of local wildlife species. The site also includes a water tank and a previously abandoned gypsum mine that was cleaned and restored for operations.

Trackers are mounted on low-impact metal pier foundations and follow the sun’s movement during the day. Therefore, 25% more sunlight is captured compared to conventional fixed-tilt systems. The foundations are driven directly into the ground and do not require concrete.

The SCADA system helps manage the plant’s energy production and the output of the PV solar arrays can be tracked to ensure that they meet grid requirements.

The power generated from the solar facility is sold to Pacific Gas & Electric (PG&E), the largest utility in California, under a 25-year power purchase agreement. Electricity is transferred through a generation tie-line and switchyard to the existing PG&E-owned Morro Bay-Midway transmission line located a few miles north.

Contractors involved with the CVSR project

Betchel was contracted to provide construction services and non-solar engineering and procurement.

More than 12,000 acres in and around the plant is conserved and restored. Vegetation around the arrays is recovered by reseeding and the high-efficiency Oasis power plant technology ensures minimum environmental footprint and disturbance of local flora and fauna.

The SunPower solar panels can be safely recycled at the end of their useful life of approximately 25 years. They are free from any toxic material, galvanised metal or lead solder. The facility contains a water recycling plant to ensure minimal water consumption.

The project is expected to displace up to 336,000t of greenhouse gas emissions annually. It also contributes towards achieving California’s Renewable Portfolio Standard (RPS) that requires all investor-owned utilities and electric service providers in the state to source 33% of their electricity from renewable sources by 2020.