One million kWh per annum
Expand 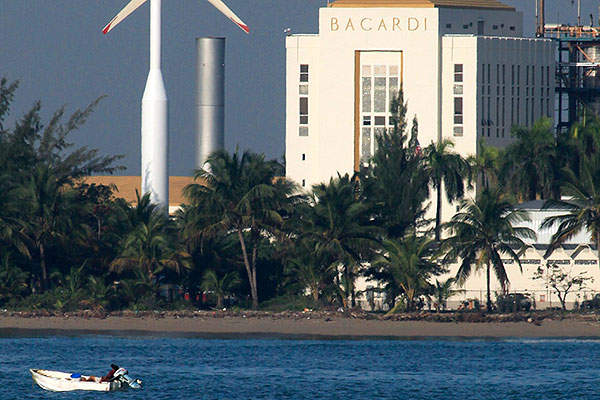 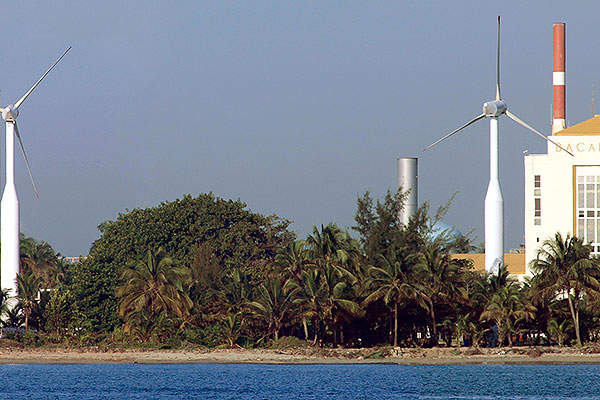 The Bacardi wind farm consists of two turbines rated at 250kW each. 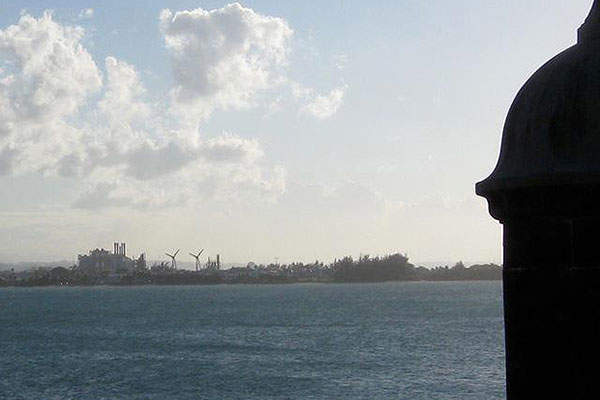 The wind farm produces about a million kilo watt hour of renewable power per year.

World’s biggest privately-owned spirits company Bacardi made a step ahead in use of green power by inaugurating a 500kW wind farm in Puerto Rico in April 2010, to power its rum distillery through renewable energy. It was the first industrial scale wind farm in Puerto Rico and the biggest in the island at the time of opening. Aspenall Energies, a renewable energy company based in Cataño built the facility.

Aspenall owns, operates and maintains the facility, while Bacardi purchases the produced electricity under a power purchase agreement signed between the two parties.

"The wind farm generates about a million kilo watt hours of electricity per annum meeting 3% to 7% of Bacardi’s power requirements and offsetting more than 900t of carbon dioxide per annum."

The wind farm generates about a million kilo watt hours of electricity per annum meeting 3% to 7% of Bacardi’s power requirements and offsetting more than 900t of carbon dioxide per annum. It is equivalent to the power consumed by 100 households, on an average.

The height of each turbine is 137ft and rotor diameter is 75ft, while the tower height is 100ft. Each tower has a footprint of 8ft diameter.

The land on which the facility is built is owned by Bacardi, whereas the turbines are owned by Aspenall. Steps were taken to minimise the impact of the project on locals, such as a distance of more than 450m was maintained from the nearest house and the towers were located carefully to reduce the impact on birds.

"In case of high speed winds, the turbines automatically stop spinning to avoid damage to the equipment."

In case of high speed winds, the turbines automatically stop spinning to avoid damage to the equipment.

Professor Raul Pérez-Rivera of the University of Puerto Rico in Humacao conducted flora and fauna study for the project. Permits required for the project were obtained with the assistance of the consultant Edgar Hernández Patiño. Gregorio Hernández designed the structure, while the construction contract was awarded to Gabriel Fuentes Jr. Construction Company.

Installation of the turbines was carried out by Aspenall itself, whereas Dutch wind energy company Mainland provided the interconnection and testing services for the turbines.

Puerto Rico is highly dependent on fossil fuel sources to generate power. The island produces 72% of its power through imported oil, 15% through natural gas and the remaining through modified coal.

High dependency on oil, the consumption of which in 2010 was at approximately 222,000 barrels a day, makes the island vulnerable to changes in international prices of the fuel. Oil is principally used for electricity generation and transportation in the island.

Power consumption in the island is equally high in both summer and winter due to the usage of air conditioners in summer and room heaters in winter. The gross consumption has been increasing with the growth in population, which is estimated at 3.9% per annum up to 2025. Puerto Rico is also the most densely populated island in the United States.

The Puerto Rico Electric Power Authority (PREPA), the island’s primary electricity provider, has begun to focus on becoming self-sufficient with power by encouraging private players in power generation as the utility is left with hardly any reserve capacity.

PREPA has been offering long-term power purchase agreements with renewable power producing companies in the effort to become self-reliant and reduce dependency on fossil fuels. In addition, the authority is investigating ways to curb energy theft, which is at a worrying 15% of the total energy consumption.