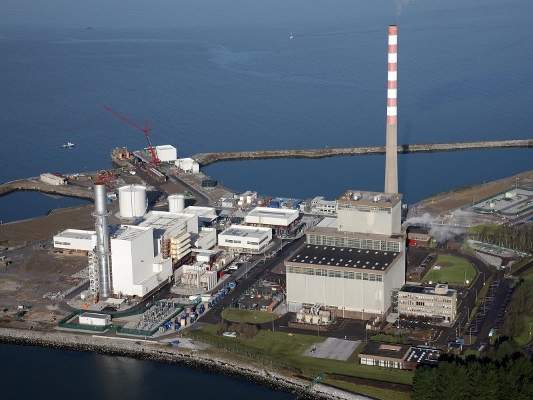 The new Aghada Power Plant is an upgrade to the old Aghada Generating Station, which is located near the entrance of Cork Harbour in Ireland. Image courtesy of ESB. 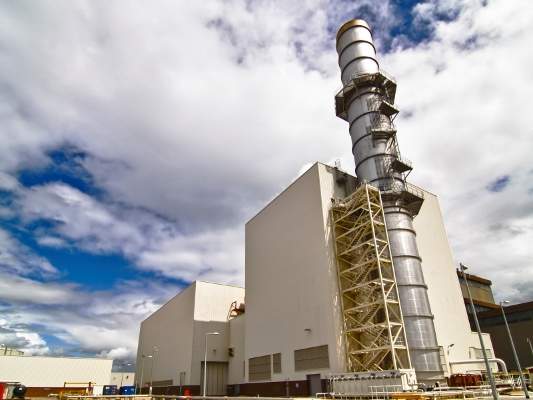 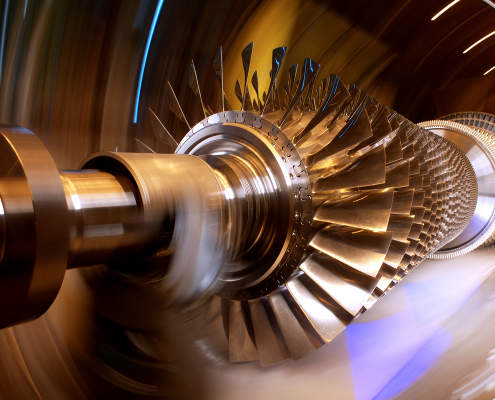 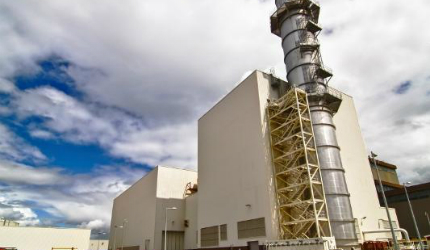 The 435MW Aghada Combined-Cycle Power Plant is one of the largest power facilities in Ireland. It was opened on 31 May 2010 as a major upgrade to Aghada Generating Station, which was commissioned in the early 1980s. The new plant was built as part of Irish state-owned power producer Electricity Supply Board’s (ESB) plan to renew its generation portfolio with a new more efficient plant.

Its installed capacity has now increased from 528MW to 963MW with the start of commercial operation of its new 435MW Combined-Cycle Power Plant in 2010.

The new plant feeds power into the Irish power grid system. It generates enough power to meet electricity needs of around 450,000 homes.

"It generates enough power to meet electricity needs of around 450,000 homes."

Approval for construction of the new Combined-Cycle Power Plant was granted in April 2007 and work began in October 2007.

The project was developed through an engineering procurement and construction (EPC) contract signed between ESB and Alstom. Alstom supplied and installed its GT26 gas turbine system as part this deal. It was the second GT26-based contract signed by ESB, following the Synergen plant at Ringsend (Dublin), which went fully operational in 2002.

Construction of the new plant involved a workforce of 650 people.

Aghada Generating Station, located near the entrance of Cork Harbour in Ireland had been in operation since the early 1980s with a generating capacity of 577MW. The plant consisted of one 270MW conventional steam generating unit fired on natural gas supplied from the Bórd Gáis network and three 85MW open-cycle gas turbines fired using natural gas with diesel oil as the alternative fuel.

Alstom’s GT26B gas turbine offers for the optimisation of factors such as availability, efficiency, power output and environmental emissions. Sequential combustion and a robust, maintenance-free welded rotor design are used in this design of gas turbines. It has also a low-NOx Environmental (EV) burner, compact annular combustor and Egatrol GT controls.

The GT26 is rated at 288MW and rotates at a pace of 3,000rpm. The turbine’s exhaust heat is used to produce steam used to drive the steam turbine to generate additional electricity.

Gas fuel is supplied through a new 12km pipe, was constructed by Bord Gáis Eireann (BGE) under a gas connection agreement signed between ESB and BGE. The backup diesel oil required for the plant is delivered by road.

The cooling water from the new plant’s condenser is discharged 400m off-shore into Cork Harbour.

"The engine has an outstanding turn down ratio, with three rows of variable guide vanes on the compressor."

The engine has an outstanding turn down ratio, with three rows of variable guide vanes on the compressor. The exhaust gas temperature is regulated at the heat recovery steam generator, which gives higher part load efficiencies.

The sequential combustion combined with the EV burner reduces emissions from the engine.

The GT26 is designed suit both single and multi-shaft arrangements.

Combined-cycle technology installed at the gas-fired plant in Aghada

The optimum exhaust temperature for combined-cycle use is provided by the reheat process in sequential combustion. The two individually controlled combustor chambers of the GT26 manipulate the air-flow with the help of three variable guide vanes to sustain high-efficiency and low-emissions at part load. The vanes also reduce the air mass flow by 40% of full-load level without altering the exhaust temperature.

This mechanism helps maintain the steam temperatures, as well as the thermodynamic quality of the sequential combustion combined-cycle. The GT26 system is approximately 12% more efficient than a conventional CCGT power plant, at 50% load.