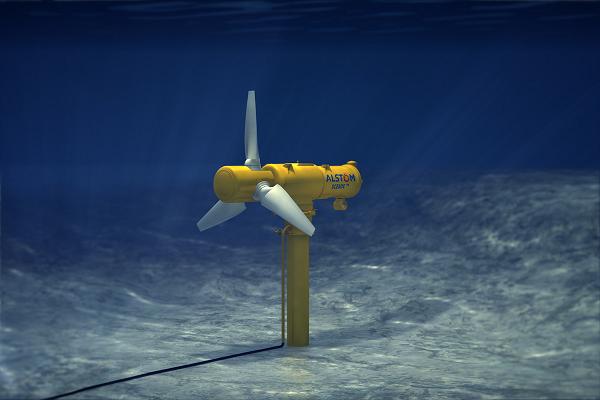 The move follows a call for expressions of interest by the French Environment and Energy Management Agency (ADEME) in September 2013.

A consortium comprising EDF Energies Nouvelles and DCNS (OpenHydro parent company) has been selected to install seven 2MW tidal turbines in the Raz Blanchard, off the French coast of Normandy.

The turbines, which will have a combined capacity of 14MW, are scheduled to be connected to the power grid in 2018.

OpenHydro chairman and DCNS director of the marine energy and infrastructure division Thierry Kalanquin said: “The selection of this project by ADEME gives a further push to the development of a French tidal energy industry, for which Cherbourg will be the driver.

“The array that we will deploy in the Raz Blanchard, along with EDF Energies Nouvelles, will allow us to meet market schedules and respond to future calls for tender for future commercial tidal turbine arrays, both in France and around the world.”

Meanwhile, Alstom, together with GDF Suez, has been selected to install four Oceade18 1.4MW tidal turbines and an electrical subsea hub at Raz Blanchard.

The tidal turbines, which will have a combined capacity of 5.6MW, will supply enough energy to 15,000 people.

Expected to become operational in 2017, the sea-based project will operate for a period of 20 years.

Alstom senior vice-president in charge of new energies Jacques Jamart said: “Thanks to this project, Alstom technology will be in a position to demonstrate its efficiency, its optimised costs and its maintainability, a necessary prerequisite to considering any future move towards a commercial phase on a larger scale.”

Image: Alstom, together with GDF Suez, has been selected to install four Oceade18 1.4MW tidal turbines. Photo: Courtesy of Alstom.