Sustainable and low-carbon power generation is in increasingly high demand, so electrical engineers have to be able to offer specific equipment and components for environmentally friendly applications.

Cressall is experienced in producing resistors for generating, testing and controlling renewable power. They have developed a broad and extensive range of products to meet demand.

Resistors for solar power and biomass

Using solar power to generate electricity and hot water is a widely used technology that can utilise resistors to increase efficiency. For example, solar panels that feature electrical drivers to follow the sun can use Cressall’s dynamic braking resistors (DBRs) to ensure they stop when necessary.

Cressall’s external braking resistors are cost-effective, small they and can be used for braking moving parts and dissipating extra energy. The company supplies braking resistors for a range of applications with varying power ratings.

For biomass power plants, Cressall offers neutral earthing resistors (NER) and load testing resistors. NER are used in medium-voltage AC distribution networks and to limit current moving through the neutral part of a generator or transformer in the event of a fault. These reduce the risk of equipment damage by limiting fault currents.

Cressall provides resistors for voltages up to 132kV.

When using a PIR, no other switchgear or staged switching system is required, as the three-phase resistor, insulated for 33kV, can be added into the circuit during energisation. The PIRs are compact and have a high-thermal mass, allowing them to absorb energy and reduce voltage fluctuation.

Crowbar (or protection) resistors are used to short circuit rotor windings through a resistor in the instance of grid disturbances, causing high-voltage or current in turbine generator rotors. These resistors are able of withstanding high-currents without being damaged.

For large-scale wind farms where varying wind speeds effect the quality of power an SVC can be fitted to regulate transmission voltage. The SVC can also improve availability by reducing the impact of power fluctuations.

Despite being less common than wind or solar power, wave and tidal power has a number of benefits. It is considerably more predictable than other options constantly improving turbine technology is beginning to offset high-installation costs.

Tidal turbines and wave turbines work in a similar way and so require the same resistors from Cressall, including crowbar resistors, DBRs and load test resistors. 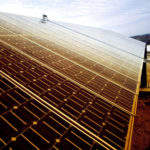 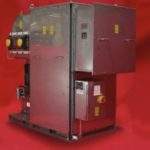 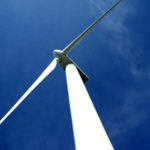