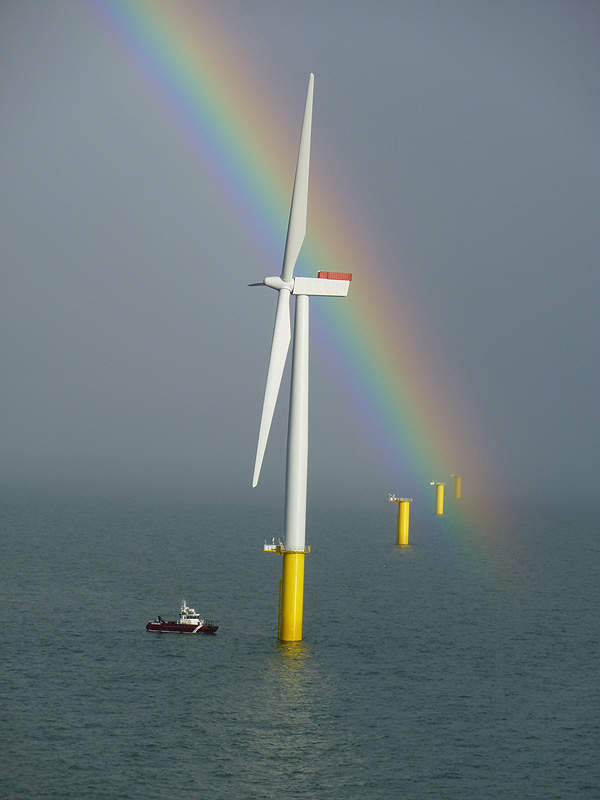 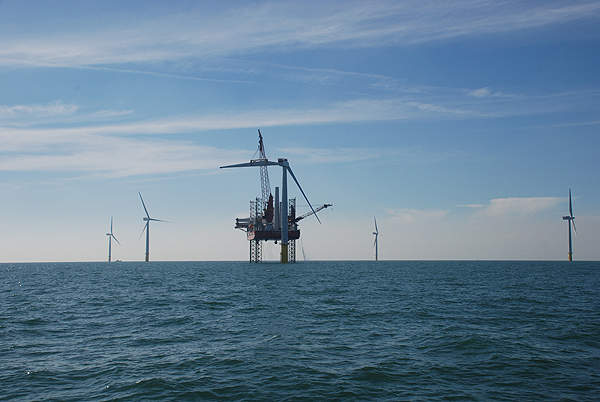 Installation of turbine blades on Walney I in progress. Image courtesy of DONG Energy. 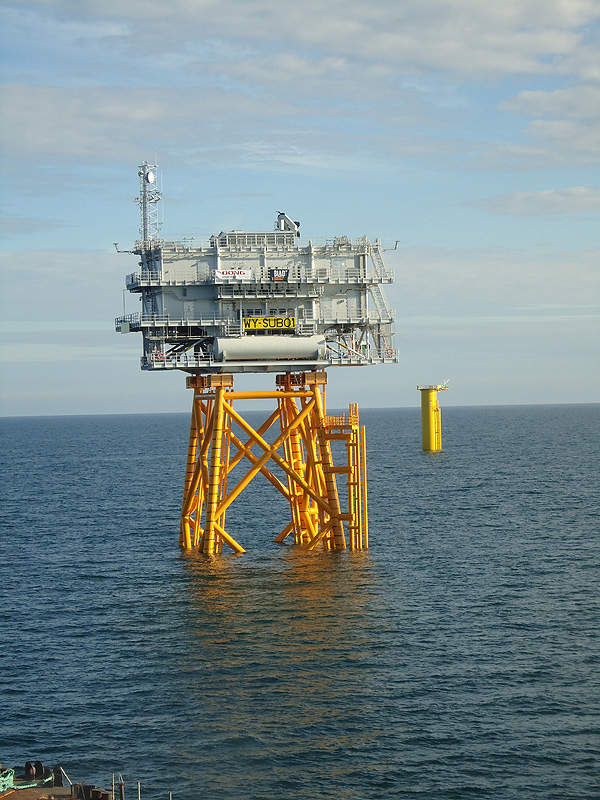 The offshore substation of Walney wind farm steps-up the power voltage from 34kV to 132kV. Image courtesy of DONG Energy.

Walney Offshore Wind Farm project was proposed by Dong Energy in September 2008. The company commenced the development works for the project in 2010.

The scope of development included construction of monopole foundations, the installation of turbines, the laying of two export cables and array cables, construction of offshore substations and establishing an onshore connection to the grid.

It also included construction of an operation and maintenance facility on Ramsden Dock Road, Barrow in Furness.

The consortium has shared the project cost on a pro-rata basis and gets a share of the power produced from the wind farm for 15 years, under a power purchase agreement.

"Dong Energy has ambitious plans to expand the Walney wind farm’s capacity by 750MW, to make it a 1GW (more than) wind project."

Dong Energy began the construction of Walney I in March 2010. The first monopole was placed on the seabed in April 2010. GeoSea’s jack-up vessels Vagant and Goliath were used to lay the monopoles.

Turbines for Walney I and Walney II were installed using the offshore vessels Seajacks Kraken and Seajacks Leviathan respectively. Five of the 51 turbines in Walney I were installed by A2Sea’s jack-up barge Sea Worker.

The 33kv array cables were installed on the seabed by the Stemat 82 cable barge owned by Visser & Smit Marine Contracting, while VolkerInfra installed the cable duct. The cables and foundations are covered by a one metres thick layer of rocks / stones to prevent scouring and erosion. Rock dumping vessels Pompei and the Tideway Rollingstone were used to lay the stones.

"Dong Energy began the construction of Walney I in March 2010. The first monopole was placed on the seabed in April 2010."

Bladt Industries was responsible for the construction of the offshore substation and jackets under a contract signed in 2009. Powerstream Electrical Services constructed the onshore substation. Holmatro supplied the aluminium hydraulic cylinders.

Monopiles for Walney I were manufactured by EEW-Special Pipe Constructions (SPC). Tekmar Solutions supplied the cable protection system. Marine growth around the piles was cleaned by Proserv Offshore. Ledsham built an 11kV substation for Siemens.

Other contractors involved in the project were NIRAS for geophysical surveys, management of installations and logistics planning, RPS for geological studies, Found Ocean for offshore grouting of the Walney II substation, Semco Maritime for cable laying and SeaRoc for GIS support services during construction phases.

Dong Energy has ambitious plans to expand the Walney offshore wind farm’s capacity by 750MW, to make it a 1GW (more than) wind project. The offshore extension will be built over 146.2 square kilometres of area, subject to approval by the government.

The extension plan is to construct an offshore substation connected by 33kV array cables. Associated infrastructure will include three core underwater offshore cables.

The onshore substation will be located at either Heysham, Stanah or Penwortham. The construction is anticipated to begin in 2014.