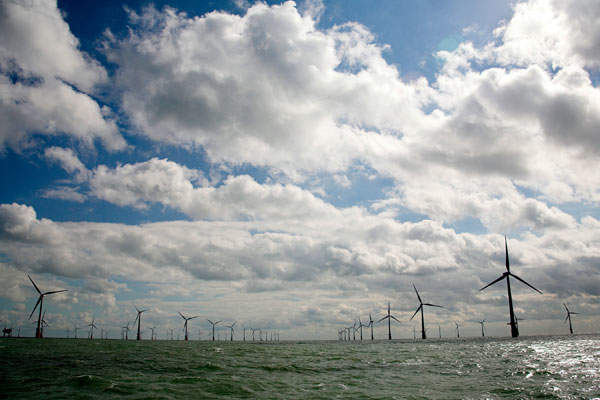 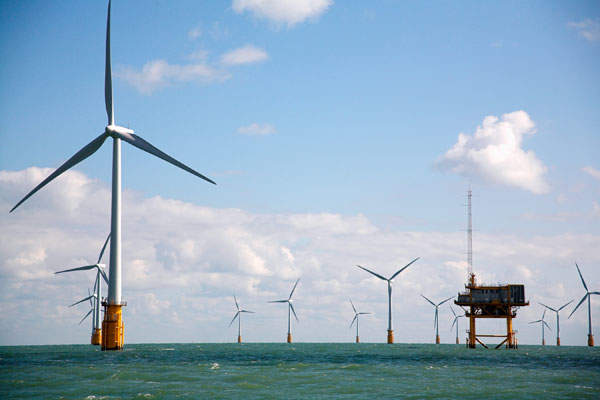 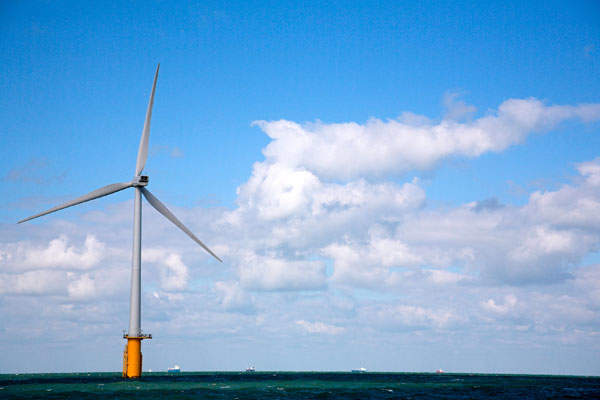 The wind farm is installed with 100 Vestas V90 wind turbines having a capacity of 3MW each. Image courtesy of Jamie Cook.

The project received approval from the government in December 2006; construction began in January 2008 with the final turbine being installed in June 2010. The project was completed at an estimated cost of £780m.

A test run of the wind farm was conducted in May 2010, during which up to 2.8MW of power was generated. The wind farm is designed for an operational life of 40 years and can generate enough electricity to power 240,000 homes annually.

London Array offshore wind farm located off the coasts of Kent and Essex in the outer Thames Estuary was conceived to be the world’s largest wind farm.

Warwick Energy initially conceived the idea of the offshore wind project in 2003 as part of the Round 2 offshore wind projects. Warwick received the licence for the site under an agreement with The Crown Estate and formed the project company Thanet Offshore Wind Limited (TOW). Christofferson, Robb & Co (CRC), a hedge fund firm, bought TOW in September 2007.

The wind farm is built in a water depth of 20m to 25m and is spread across an area of 35km². It consists of 100 Vestas V90 wind turbines each with a capacity of 3.0MW, installed in less than 100 days. The turbines are mounted on monopile foundations that are 500m apart along the rows and 800m apart between the columns.

" Thanet is the world’s first wind farm to have two power transformers."

The 33kV / 132kV offshore substation is equipped with two 180MVA power transformers, as well as high-voltage and medium-voltage switchgear. Thanet is the world’s first wind farm to have two power transformers.

The electricity generated at the farm is stepped up at the substation from 33kV to 132kV and transmitted to shore via two three-phased 132kV high-voltage subsea cables. Electricity enters the grid at an onshore high-voltage switching station in Richborough, Kent.

The onshore substation is equipped with a reactive-power compensation system based on static var compensator (SVC) technology. It improves the voltage quality, ensures grid code compliance and provides the required power factor correction.

A two-storey onshore maintenance facility has been built for the operation and maintenance of the wind farm. The timber roof carries photovoltaic panels fixed to ceramic slates. The solar panels heat water, thus conserving energy, and the building also features a rainwater harvesting tank.

Contractors involved with the Thanet project

Siemens was awarded a contract worth £72m to connect the Thanet offshore wind farm to the British power grid. It constructed the offshore substation platform equipped with a substation and supplied the two transformers. Siemens also built the high-voltage switching station in Richborough, Kent.

Renewable electricity sources and wind power in the UK

As of this year, there are 1,075 turbines installed across UK waters that have an offshore capacity of 3,653MW. They produce 8TWh of electricity annually, enough to power approximately two million homes. A further 5.7GW of installed capacity is under construction and a further 12.3GW is in the planning stage.

In order to achieve these targets, the Crown Estate initiated a series of licenses to develop offshore wind power projects in the UK. Round 1 was launched in 2001 and 18 offshore wind projects were authorised to proceed. Most of the projects are currently nearing completion and have a potential capacity of 1.5GW.

The UK faced immense pressure to reduce carbon emissions in 2003, which led to the launch of Round 2. The projects in Round 2 are located in the deeper waters of Greater Wash, Greater Thames and Irish Sea, and will add 7.2GW of capacity.

Round 3 was announced in 2010 and will call for the start of construction later this year. The UK is estimated to have potential to produce 40GW of power through wind farms in shallow waters, while those in deep waters can produce up to 80GW.