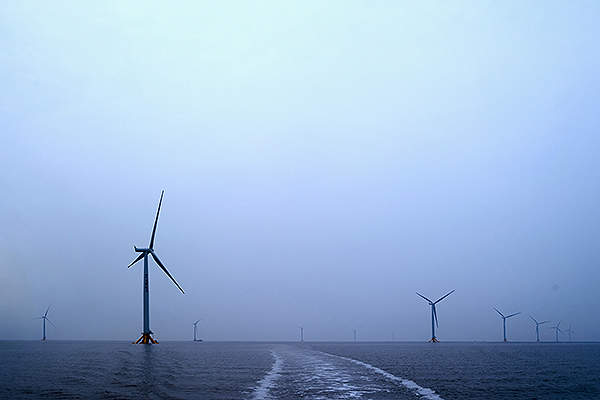 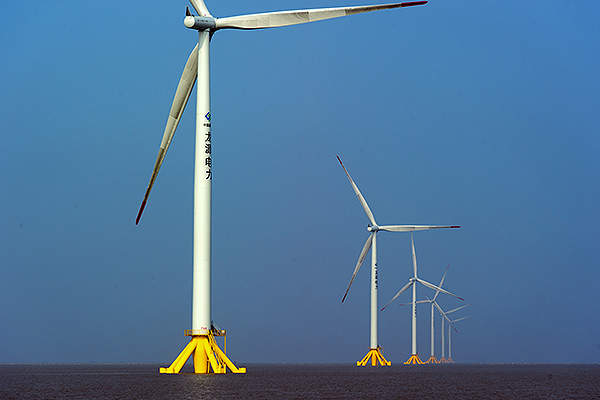 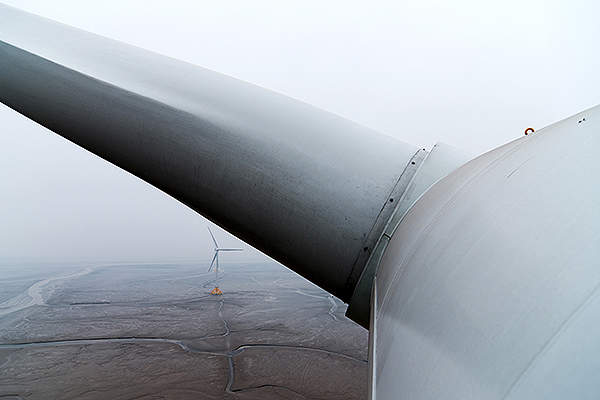 The rotor diameter of each Siemens turbine at the Chinese offshore wind farm is 101m. Image: Siemens press picture.

The Jiangsu Rudong offshore wind farm, with an installed capacity of 150MW, was China’s biggest offshore wind farm at the time of opening in 2012. The project, which is located 3km to 8km off the coast of Rudong district in the East China Sea, began commercial production in November 2012.

“Annually, the offshore wind farm produces up to 375 million kWh of renewable power.”

The National Development and Reform Commission of China gained the confidence to approve the project based on the benefits demonstrated by a 32MW Offshore Pilot Wind Farm off the coast of Rudong.

The offshore wind farm was built much quicker than the pilot project, becoming fully connected to the grid in September 2012.

The wind farm is located approximately 250km north-east of Shanghai, which is dried up at low tides but covered by up to 5m of water at high tide. A shallow water zone and good wind conditions were reasons behind this decision.

“The wind farm is located approximately 250km north-east of Shanghai.”

Both the Sinovel and Goldwind turbines are supported by monopile foundations.

Construction of the project

The location posed construction challenges because of the high tide environment. The offshore construction equipment had to be carried in a barge which was moved in the waters during tide rising and stopped for equipment installation after the tide fell.

Wind power is China’s third biggest energy source accounting for 1.5% of electricity generated in the nation, and is believed to have far-reaching potential for the country. It is followed by thermal and hydropower. China aims to achieve 100GW of gross installed wind power by 2015, but had just two offshore wind farms at the beginning of 2013.

However, the chances of achieving the 2015 goal look bleak as the country’s total installed capacity is less than half a gigawatt as of early 2014.