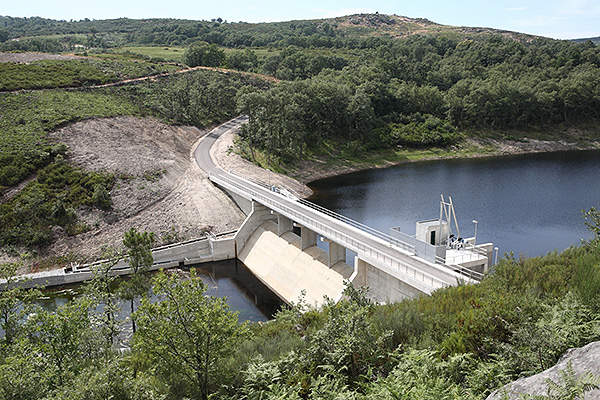 The Canedo hydropower project is located in Braganca, Trás-os-Montes, in northern Portugal. Image courtesy of Aqualogus. 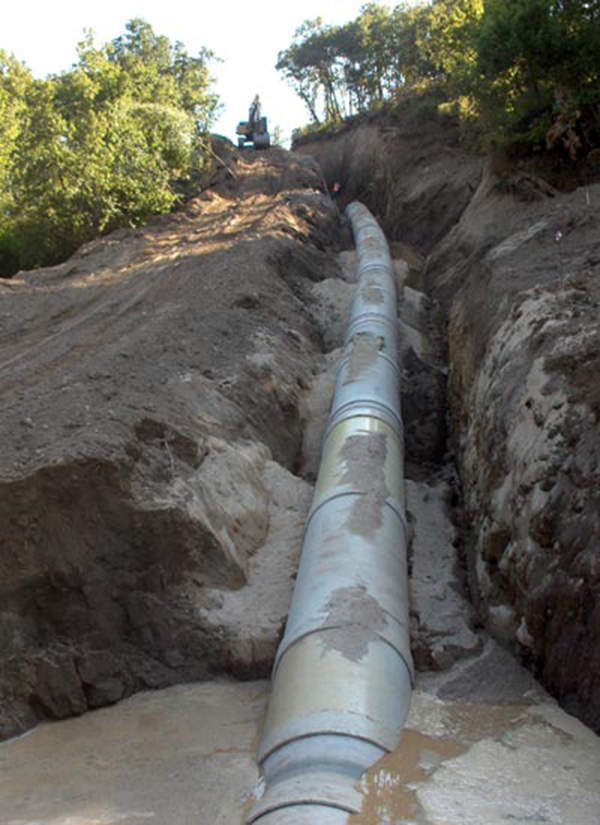 The Canedo hydropower project includes a low-pressure circuit of pipes.

The Francis turbine was installed at the power house in September 2008. 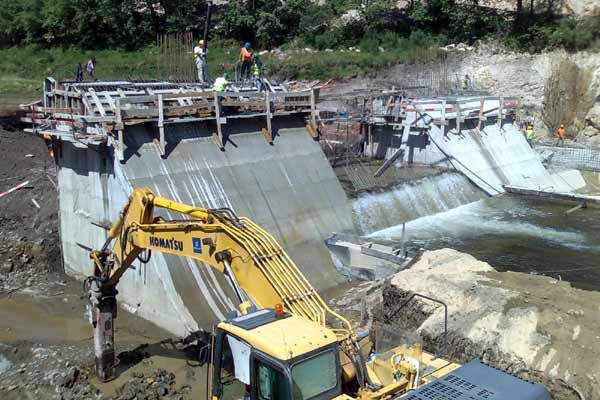 The gravity dam has a crest length of 92m.

The low-pressure pipelines being laid using a crane. 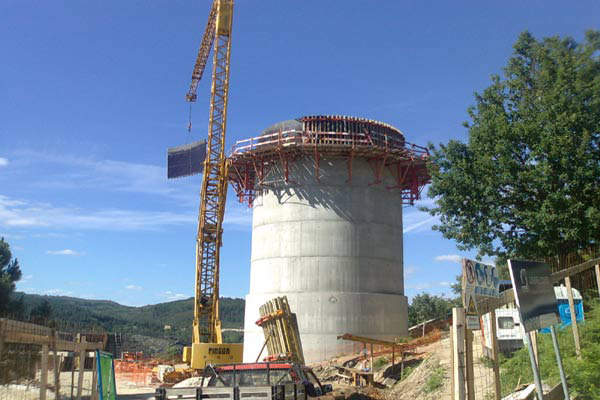 The concrete surge tank is 22.5m high and has an internal diameter of 11m. 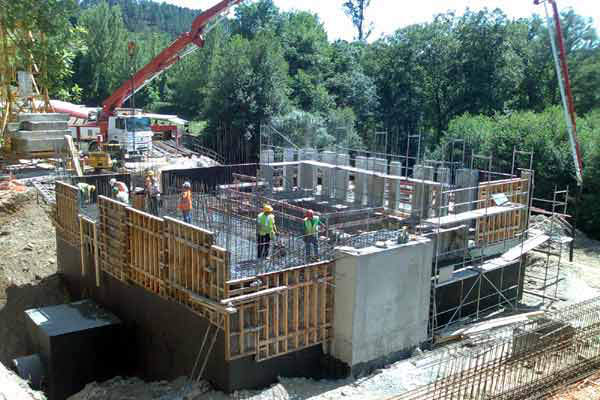 The powerhouse under construction near the Canedo village. 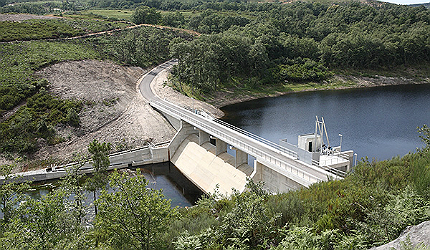 Canedo Hydropower Plant is an award-winning small hydropower plant built across the Beca River, a tributary of the Tâmega River. It is located near the village of Canedo in Braganca, Trás-os-Montes, in northern Portugal. The plant is owned and operated by rpGLOBAL. Its construction was completed in ten months, from February to December 2008.

The plant has an installed capacity of ten megawatts. It produces approximately 28.6GW of renewable energy each hour, cutting 16,500t of carbon dioxide emissions. It won the Small Hydro Award from International Water Power and Dam Construction (IWP&DC) in October 2009.

"The plant has an installed capacity of ten megawatts. It produces approximately 28.6GW of renewable energy each hour."

The Canedo project was launched in the early 1990s with preliminary studies beginning in 1992. It was granted a water licence in 1993. The project was, however, halted in 2002 due to concerns about the safety of marine life in the river and the surrounding fish farms.

Installation of a flap gate at the crest of the dam structure solved the problem. A new techno economic feasibility study and environmental impact assessment were conducted on the project in 2003. The assessment ruled out any harm to the marine life and nearby farms.

The results of the studies were immediately put forward for public consultation and the concerns raised by irrigation associations were resolved through a series of negotiations, which concluded in August 2006.

The project was approved and a concession contract, with the required construction licence, was granted by the government in 2008.

Portugal-based engineering consultancy Aqualogus provided detailed design and carried out feasibility study for the Canedo hydropower plant. The scheme principally includes a dam, a 1.9km long steel penstock and a powerhouse. In addition, there is a low-pressure pipeline and a 22.5m high concrete surge tank.

"It won the Small Hydro Award from International Water Power and Dam Construction (IWP&DC) in 2009."

The gravity dam section has a crest length of 92m. It rests on a granite foundation with 1.5m thick concrete lining. The dam spillway is 36.9m long, made up of five blocks. The blocks at the two edges are 4.3m long each, while the three blocks in the middle (or the core) are 9.3m long each.

The powerhouse is a two-storey building located close to a river beach. One of the floors is used as the electrical equipment room and the other as the control room. The equipment room is installed with a single horizontal Francis turbine and a generator.

The turbine was installed by Andritz Hydro. The plant is fully automated. It is remotely-controlled from a dispatch centre. Water is allowed to flow at a rate of 5.4 cubic metres a second under a net head of 226m.

The Glendoe Hydroelectric Power Plant is located at the western end of the Monadhliath mountains in the east of Fort Augustus in Scotland.

The project’s construction started in February 2008, with site clearance, top soil removal and construction of an access road to make way for earthwork equipment. The dam’s construction began with that of the abutments, fish ladder and the riverside walls. Three piles were laid to support the bridge deck. The bridge deck was built using precast methods.

Installation of the low-pressure circuit and the steel pipes for the penstock began in July 2008. The surge tank was also built using precast techniques.

A four-orifice structure, with sluice gate mechanism for water flow control, was installed to prevent disturbance to the fish farms operating upstream of the dam.

The power produced by the plant is first transmitted to a switchyard which steps-up the voltage from 6.6kV to 60kV and then feeds it to the national grid. The transmission line is 30km long.

Following the halt of construction in the initial phase, another environmental impact assessment was carried out on the project based on the modified design.

The new assessment, which was based on the study of an ecological stream flow regime, examined the effect of the altered design on the marine life and suggested measures to mitigate the negative effects.

Measures included construction of a fish passage for preserving the marine species and habitats, as well as the establishment of an environmental programme to continuously monitor the water quality and the marine flora, fauna and vegetation.