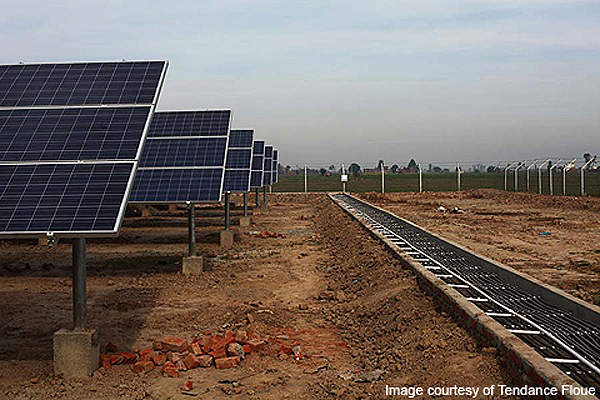 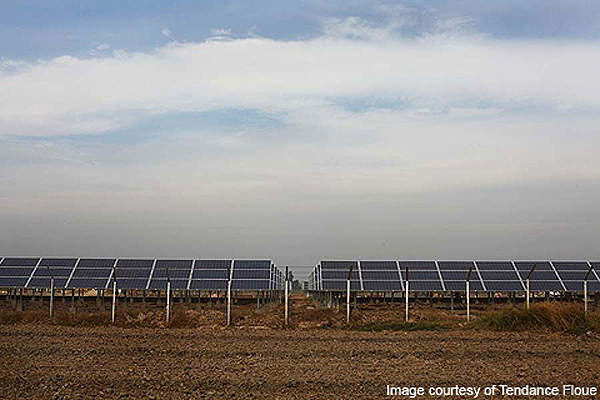 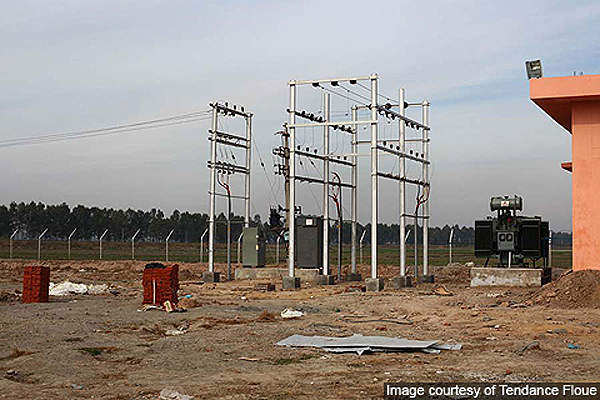 The power produced at the plant is transferred to the local grid by means of an 11kV transmission line. Image courtesy of Tendance Floue. 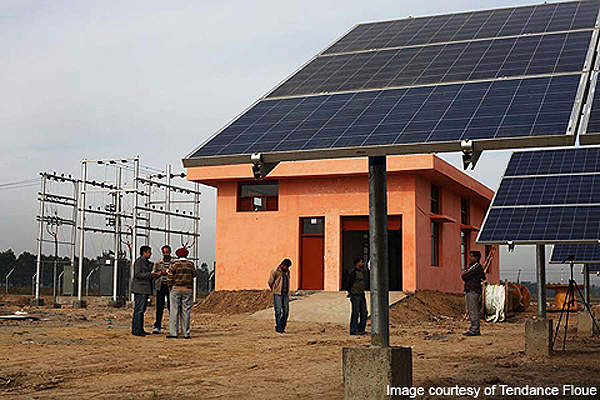 Azure Power entered the Indian solar power market with its plant in Awan, located in the state of Punjab. Located 40km from the city of Amritsar, the utility-scale plant has an installed capacity of two megawatts and a power output of one megawatt. Azure Power broke ground for the plant’s construction in July 2009. Construction was completed within six months and the plant was inaugurated on 15 December 2009.

"Azure Power invested approximately INR400m ($8.5m) on the solar project, financed by a loan from the US Overseas Private Investment Corporation (OPIC)."

Awan is the only privately-owned, utility scale solar power plant in the Indian nation, claims Azure Power. The plant supplies clean energy to 32 villages, including Awan and its surroundings, which face severe shortages of electricity. It also results in saving more than 10,000t of carbon emissions.

The Punjab Energy Development Agency (PEDA) has signed a 30-year power purchase agreement with Azure for the plant’s entire output. In order to promote the production of solar energy, PEDA is also providing incentives to the plant by buying the electricity at INR8.93 per kWh at peak times, which is almost double the price it pays for conventional energy.

Azure Power invested approximately INR400m ($8.5m) on the solar project, financed by a loan from the US Overseas Private Investment Corporation (OPIC).

Energy Made Clean (EMC) officially inaugurated its Carnarvon Solar Power Station in May 2012.

The Awan solar plant is built across 13 acres of land. The village is situated near the border of Pakistan. The plant consists of 3,780 polycrystalline photovoltaic modules of 270W, imported from the US and China.

The modules weigh 25kg each and are connected by a 1,100m long cable. The modules are square in shape with lengths and widths of 156mm.

The plant is designed for a life of more than 40 years. An 11kV transmission line transfers the solar power output of the plant to the local grid with minimal transmission and distribution losses.

The plant uses modules of polycrystalline blocks made of silicon alloy. The anti-reflective substance coated on the blocks enables efficient operations, even in low solar radiation conditions.

Modules are suitable for use in high wind pressure and extreme temperature conditions ranging from -40°C to +85°C. They are provided with drainage holes to prevent breakage in harsh weather.

The silicon coated modules contain two semi conductors with a photovoltaic cell in the middle. The solar radiation falling on the module is absorbed by the cell, which releases electrons from the photons. The electrons are then captured in the form of electrical currents.

Potential and need for solar and renewable energy production in India

The major source of power to India is coal-based thermal plants. The country produces 52% of its electricity from these plants.

"The Punjab Energy Development Agency (PEDA) has signed a 30-year power purchase agreement with Azure for the plant’s entire output."

Hydropower makes up for 25%, gas for ten percent and renewable sources for nine percent of the country’s power production. Nuclear and oil based power plants contribute the remaining amounts.

The demand-supply gap for electricity is huge in India, with nearly 80,000 villages still unpowered. The country faces a shortage of electricity, which hampers industrial growth. It is estimated that the country needs 500MW of power a week to maintain its GDP growth at eight percent. Renewable sources such as solar energy are, as a result, being given priority to reduce its dependence on coal.

As of 2009, India had an installed capacity of just three megawatts in solar plants. Under the National Solar Mission, the country has set ambitious plans to increase this to 1,000MW by 2013 and 4,000MW by 2017. Azure Power is planning to invest INR1bn ($182m) in order to add 110MW of solar power plants and capacity in India.