Demand for clean and sustainable energy is growing worldwide, meaning wind farms are being built in more remote locations with greater hazards. As a result, Donut & Donut Safeland Personal Controlled Descent Devices are fast becoming a necessity for safety in the renewable energy and marine industries.

The Donut & Donut Safeland Personal Controlled Descent Devices are the optimal safety system for a personnel needing to escape from both onshore and offshore wind turbines and substations.

They offer compact and easy-to-use escape capabilities from very high structures in adverse and unpredictable conditions.

Designed for escape over hard surfaces, our Donut Safeland Retro unit has the flexibile option of attachment from Safeland Retro’s friction device directly onto the user’s existing harness, enabling individuals to safely switch between their fall arrest system to a descender unit before escaping.

The device allows users to select their own time and location for escaping. In addition, it is non-reliant, making it the ideal solution for both installation and maintenance crews to escape safely from either within or outside turbines when standard methods of escape are unavailable.

Our Safeland Rescue Device has been designed to lower casualties when used with a suitable stretcher.

Devices for escape onto life raft at offshore substations and turbines

Without using a Donut Life Raft Compatible Descent Device, it is extremely difficult for an escapee to gain access to a kickover life raft because of the trouble caused by hazardous sea and wind conditions.

An additional strop attached to the painter line of the life raft, guides user towards the raft during their descent. Crucially, once it is in the water, the attachment reduces the risk of being swept away and the user is ensured of reaching and entering the life raft.

Donut & Safeland Personal Controlled Descent Device’s establishment as the industry standard is evident in the thousands of units sold globally.

The Donut Descent Device has ISO 9001 approval, in addition to its ‘approval for use’ certification from all major international regulatory authorities, including European CE Mark, Lloyds Register and US Coastguard.

It has more than 50 years’ experience in the production of personal escape equipment for numerous applications, across industries including marine, gas, petroleum, renewable and construction. 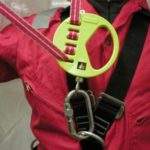 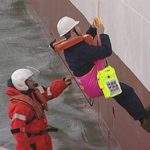 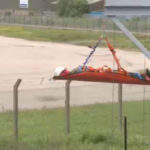 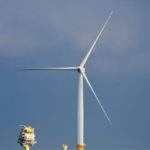