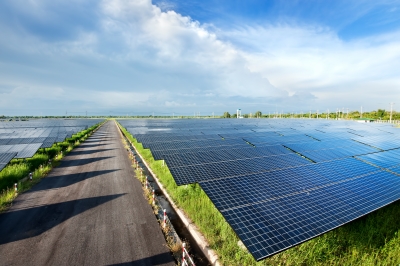 Under the terms of the agreement, Yingli Green Energy Spain will supply more than 125,000 multicyrstalline YGE 60 Cell Series modules to Gestamp Solar from October 2014 to February 2015.

Gestamp Solar chief executive officer Jorge Barredo said: "This is an important milestone for Gestamp Solar. It is the largest single solar project to secure non-recourse financing in Japan and we are confident to see more projects on a similar scale in the future."

Located in Japan’s Ibaraki Prefecture, the 31.6MW solar power plant is developed by Gestamp Solar and is one of the largest utility-scale projects to be developed by a foreign company in Japan.

Yingli Spain managing director Fernando Calisalvo said: "This is not the first collaboration between Yingli Spain and Gestamp Solar. In 2012, a 20 MW plant was built in Moquegua, Peru and Yingli was the sole PV module supplier."

The power plant would generate approximately 32.730GWhyear of clean electricity while the utility grid interconnection is expected in the second quarter of 2015.

Yingli Green Energy chairman and chief executive officer Liansheng Miao said: "The Company’s shipments to Japan increased by more than 50% in the first quarter of this year as compared to the fourth quarter 2013." Sorry, there are no polls available at the moment.

"Our success in this important emerging market is key to Yingli’s corporate strategy, and we look forward to further supporting the growth of solar PV in Japan moving forward."