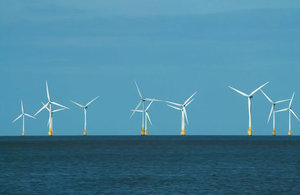 The UK Department for Energy and Climate Change (DECC) has approved Dong Energy’s plans to extend the Burbo Bank offshore wind farm in the Liverpool Bay of northwest England.

The extension facility will be located next to the existing 90MW Burbo Bank wind farm, which is situated on the Burbo Flats in Liverpool.

The extension covers 40km² area and will sit to the west of the operational facility in Liverpool Bay, about 7km north of the North Wirral coast.

"The Examining Authority took full account of views from communities, particularly in the north west of England, who might be affected by this proposal alongside national policy and evidence of the need for the project."

The wind farm will employ around 69 wind turbine generators and associated offshore infrastructure. Sorry, there are no polls available at the moment.

The wind farm is expected to become operational by the first quarter of 2017.

This will generate 250MW of clean energy, which will be enough to power around 170,000 homes in the country.