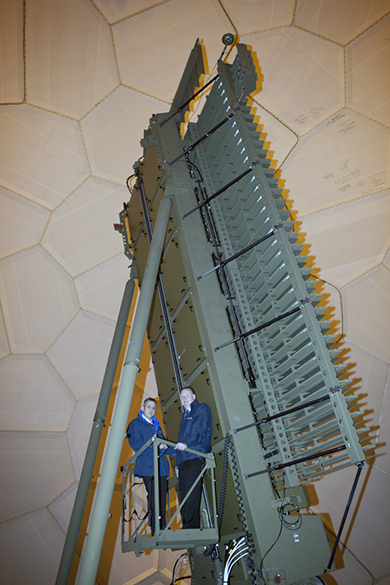 Serco has built and installed the first of five new or improved Air Defence radar systems for the UK Ministry of Defence (MOD), under a contract awarded in 2010.

The MOD said the Remote Radar Head (RRH) located at Trimingham in Norfolk, England, is now fully operational and is equipped with TPS-77 radar that aims to minimise wind turbine interference with air defense radar technology.

In 2011, the RRH in Trimingham received Initial Operating Capability (IOC), and it has now showed acceptable mitigation to the effects of the Sheringham Shoal wind farm.

The company has been working with Lockheed Martin to optimise the necessary radar technology that mitigates the interference created by wind farm turbine blades.

As a prime contractor on the project, Serco is responsible for overall system installation, performance management and safety case evaluation.

The Air Defence radars, located in all these four areas are affected by wind farm developments. The four radars to be installed in those areas are expected to reach ‘full operating capability’ soon.

Serco has also installed new ground to air radios as well as involved in offering ongoing consultancy to the energy companies regarding their future wind farm developments plan until 2018.

With the installation of RRH radars, around 4GW of renewable electricity may be generated by on shore and off shore wind farms; enough electricity to meet the demand of nearly 11% of the UK’s annual electricity need.

As part of the initiative, in which RenewableUK is also involved, the UK Government expects to achieve 15% of electricity needs from renewable sources by 2020.